Approximately a third of New Zealanders say they are reducing their meat consumption.

Over the past year, the number of meat-eating New Zealanders who have reduced meat consumption grew by 24 percent. An additional 18 percent now identify as “flexitarian.”

The main motivation for meat-reducers is health. It’s closely followed by environment, animal welfare, cost, and the increasing availability of plant-based alternatives. Meat-eaters who aren’t currently cutting back their intake said they are likely to eat less to reduce their risk of cancer and stroke. They also believe eating less meat will improve their overall health. 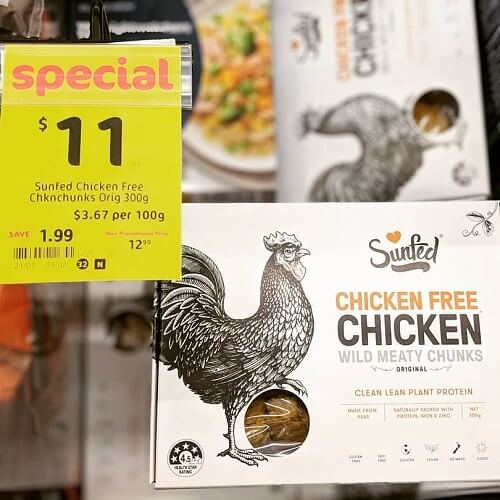 Several groups, including the American Cancer Institute, the World Cancer Research Fund (WCRF), and Cancer Research UK, have promoted a plant-based diet as a preventative measure. Studies link red and processed meat to an increased risk of cancer.

Who Is Eating Less Meat?

As far as who identifies as a meat-reducer, Baby Boomers are leading the way, representing 44 percent of the group. Meanwhile, 41 percent of vegans and 42 percent of vegetarians are Millenials.

Additionally, more than six in ten have tried or want to try new vegan products. “Retailers and food businesses are working hard to deliver new and improved meat alternatives, so people don’t have to compromise to find convenient and familiar foods, like mince and meatballs, that address their growing health, environmental or ethical concerns,” Food Frontier CEO Thomas King said in a statement.

Products vary between “traditional” alternatives and “next-generation” foods, particularly local brands, such as Auckland-based Sunfed Meats. Consumers are seeking products that are high in protein and free from “artificial ingredients.”