JUST Egg isn’t only for lazy Saturday morning omelets or a quick scramble before rushing out the door – it is now fuel for football players. The vegan egg patty just got picked up by the Denver Broncos, who have added it to the player’s pre-season training menu. The Colorado football team is the first professional sports team in the world to officially introduce this plant-based egg to their athletes.

Made by JUST, a creative solutions-driven food tech company based out of San Francisco, the vegan JUST egg cooks, tastes, and chews like a traditional chicken egg. Using mung beans and a bit of innovation as the product base, the company was able to replicate fluffy scrambled eggs, omelets, and more. Unlike chicken eggs, JUST Egg is free of cholesterol and antibiotics. It also requires nearly 80 percent less surface and groundwater than conventional eggs, produces fewer carbon emissions, and does not contribute to animal agriculture, which many consider to be a cruel industry.

Although free from many detrimental characteristics of chicken eggs, JUST Egg touts many of its benefits, such as protein. One JUST Egg patty contains 8 grams of plant-based protein. It also tastes like eggs, according to several reputable testimonials. The company lists celebrity chef Jose Andres on its website, who said, “It’s not every day you see something that blows your mind.” 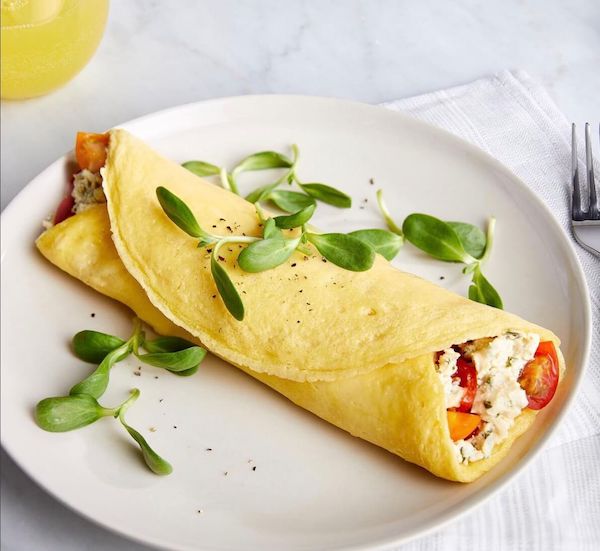 In regards to the new partnership with the Denver Broncos, JUST’s VP of Global Foodservice Marcus Adair remarked, “The fact that the Denver Broncos have added JUST Egg to their training tables proves this is not a vegan thing, but a great-tasting, better-for-you-thing that everyone can enjoy. As a former professional football player and lifelong fitness enthusiast, I’ve always wanted to make sure my body was working at its peak performance. Elite athletes like the Broncos no longer have to settle for healthier options that taste bad. They now have a delicious breakfast protein that cooks and tastes like eggs but is allergen friendly, cholesterol-free, dairy-free, gluten-free and non-GMO.”

The team’s private chef will prepare the JUST egg “in a variety of ways,” though specific menu items have not been released. As it is a new partnership, there has not been a chance to gauge players’ reactions, but given the products’ initial success with chefs and customers, one can safely assume it will be a hit.

JUST Egg is available throughout the US and Hong Kong in select restaurants, from fast-casual to fine dining. The company also partnered with a major egg distributor in Europe and will soon launch in that continent as well. JUST Head of Communications, Andrew Noyes, also stated that the company is reaching out to other professional sports teams to offer athletes more plant-based fuel.