NFL referee John Hussey has spent the past 19 years flagging penalties and calling touchdowns on the field. Off the field, Hussey has found a second calling: rescuing animals in need.

In 2014, Hussey founded CUDDLY, a purpose-driven company that assists nearly 2,000 animal rescue nonprofits around the world with their fundraising needs. These include assisting with fundraising campaigns and organizing wishlists.

CUDDLY was immensely successful prior to the coronavirus outbreak. But Hussey says the outpouring of support for the company during the pandemic has been overwhelming.

Even during a time when many are dealing with coronavirus-related financial stresses, Hussey says people are still giving back to animals in need.

“To date, since launch, we have raised over $10 million for over 1,800 partners,” Hussey told LIVEKINDLY.

He continued: “We have grown our community to over 200,000 donors who love to help and support animals. We just created our 10,000th campaign in April.” 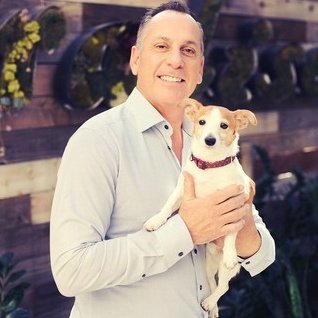 Surge In Animal Adoptions Amid COVID-19

Some animal shelters around the country are reporting an increase in animal adoptions during the pandemic.

“If anyone is winning in this pandemic, it’s the homeless animals across the country. We’ve definitely seen a surge in both adoptions and foster homes,” Hussey said.

“[B]ringing an animal into your household has never been easier or more meaningful. It’s been amazing to see more people than ever step up and make a difference for rescue animals during these helpless times,” he added.

One possible reason for the uptick in pet adoptions? People are looking for a furry, four-legged friend to keep them company during the lockdown.

Matt Bershadker—president and CEO of the American Society for the Prevention of Cruelty to Animals—says he’s happy people are adopting pets.

“There’s no question that animals provide incredible comfort and companionship, especially during times of crisis,” Bershadker told the Washington Post.

He continued: “They certainly appreciate the attention—so we encourage people to continue to adopt or temporarily foster animals in need.”

Hussey says CUDDLY has definitely had an impact on him, especially since he adopted his own rescue dog, named Benji. “Before I got involved with CUDDLY, we would kennel our dogs at night downstairs. Since I have become the CEO of this company, my heart has changed and Benji now sleeps on our bed at night,” he said.

“I am a much better human being today due to the opportunity to lead CUDDLY,” he added.