In collaboration with plant-based chef Chef Velvet, the television host opened The VTree Hollywood inside Yamashiro, a Japanese restaurant located in the Hollywood Hills.

The VTree Hollywood opened on April 30 and has been serving “soulFULL plant-based cuisine” for takeout and delivery due to the coronavirus outbreak. Cannon plans to open the restaurant for dine-in once lockdown restrictions have been lifted.

Shortly after opening, the restaurant sold out completely.

The VTree continued: “We do not take it for granted that you choose to support our business…. again, thank you!” 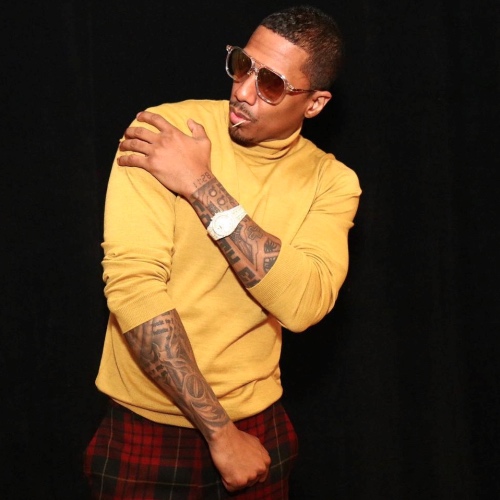 Cannon stopped eating certain meats, like pork, after he was diagnosed with lupus in 2012. | Nick Cannon

Cannon adopted a healthier diet in 2012 after he was diagnosed with lupus, a long-term autoimmune disease. He started drinking more water and stopped eating certain meats.

“Once I got out of that, I knew I wanted to keep a healthy lifestyle, but I didn’t want to be that confined. I wanted to enjoy food. So now it’s just eating clean. I don’t eat pork or processed foods,” he told GQ.

In May of last year, Cannon visited the Charlotte, North Carolina-based vegan soul food eatery Veltree—which is also owned by Chef Velvet. The rapper raved about the eatery’s plant-based chicken in a video posted to Facebook.

He continued: “Veltree—they’re doing it. I haven’t had chicken in I don’t know how long. I’ve got it now.”