In the film, turkeys are shown cramped in together before they are eventually slaughtered. Some turkeys are effectively gassed before they are killed, others are seen flapping their wings and hanging upside down. This shows that some birds are still conscious before their throats are slit.

The film also shows slaughterhouse workers forcing turkeys into traffic cones, where they bleed to death.

This isn’t the first time Grove Smith Turkeys has hit the headlines. An investigation last year by Animal Equality showed evidence that the company’s turkeys were cannibalizing each other.

Lynch added in a statement, “the simple fact is that the only way to absolutely guarantee the welfare of any non-human animal is to not raise them for us to use and abuse.”

If you don’t want turkey on your plate this Christmas, UK supermarkets have made it easier than ever this year to enjoy a vegan Christmas dinner.

Asda, Sainsbury’s, Iceland, and Tesco also have a wide range of vegan holiday food on the shelves. The latter is offering vegan pigs in duvets (meat-free sausages wrapped in pastry), a Butternut Squash, Mushroom, and Chestnut Wreath, and a Sweet Potato & Red Cabbage Christmas Log.

Marks & Spencer is also in on the vegan action. The chain has launched a turkey-like Plant Kitchen Festive Roast (with cranberry and chestnut stuffing). A pecan nut roast, vegan pigs in blankets, and a root vegetable tarte Tatin are also on offer. 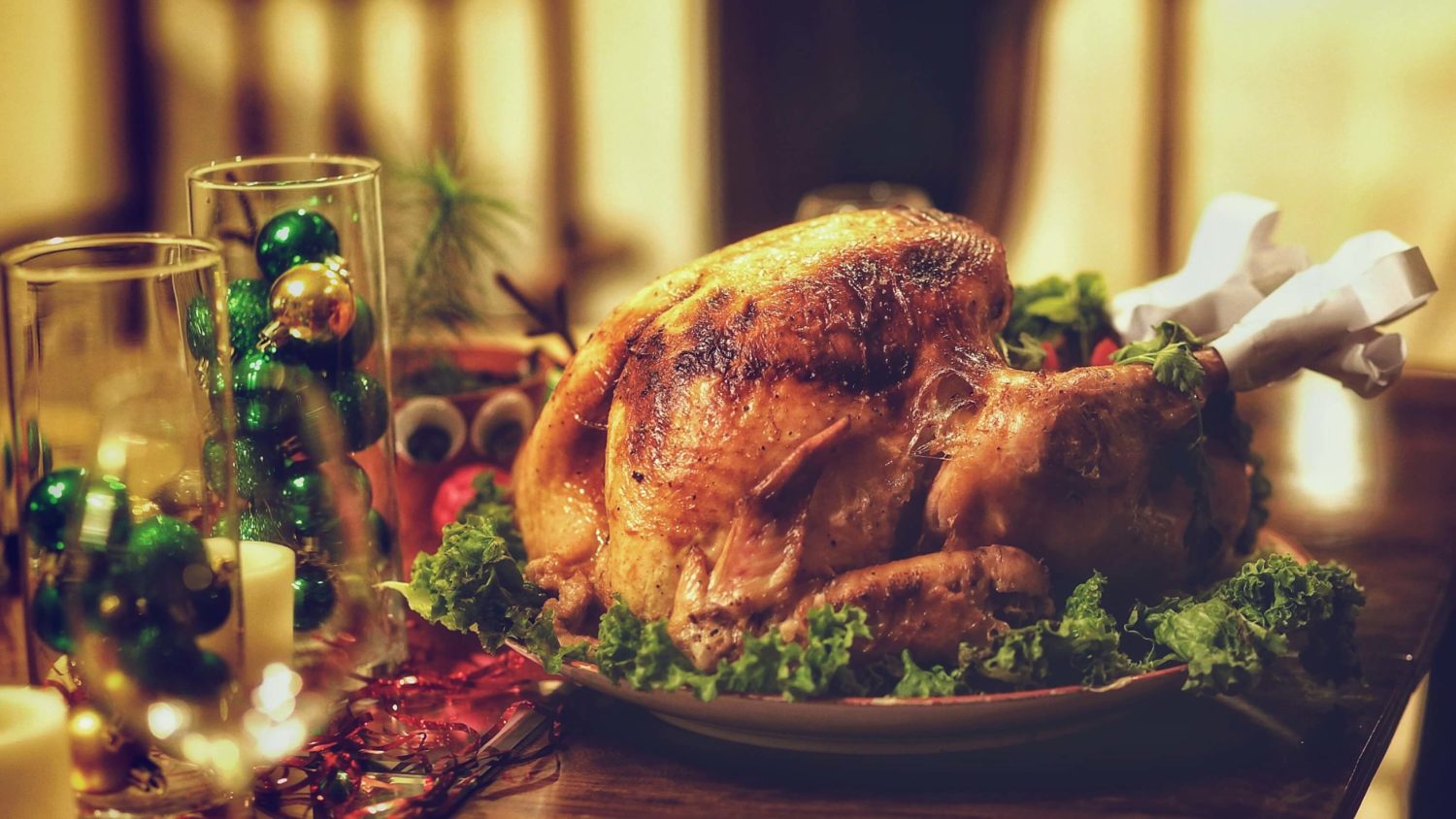