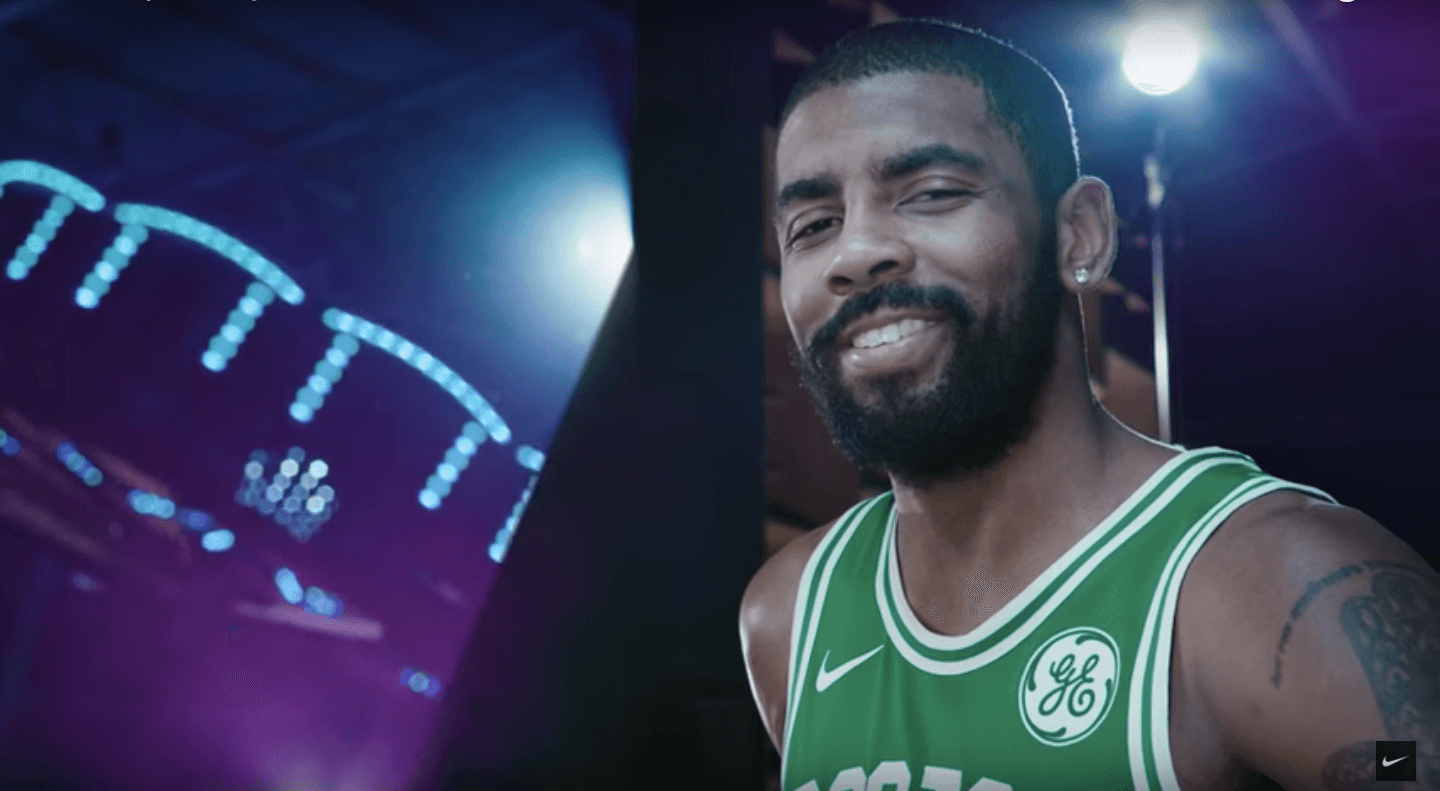 In Nike’s latest ad, vegan NBA star Kyrie Irving shows off his impressive dribbling skills and creates his ‘ideal world’. When asked how he “learned to do that”, his answer may come at a surprise for Nike athletic-fanatics. Irving accredits his abilities to something simple: “a plant based diet”.

This big-brand commercial features Celtics point guard to promote his new sports line, the Kyrie 4 Collection. Named #findyourgroove – the ad opens with a Sun Tzu quote and follows Kyrie as he dribbles the ball to the Boston Philharmonic. Irving, an athlete already known for following a vegan diet, creates “his world”, “his show” and of course, shows his moves.

While a significant amount (yet not all) of Nike apparel and footwear is free of animal products until now the brand has been relatively quiet about how diet and exercise interlink. Unfortunately, the collection are not vegan friendly as they include suede. Some Nike trainers and Nike endorsed celebs follow and encourage a plant based diet – yet this video and Irving’s message is a big step, for a company with a giant marketplace and media standing.

Kyrie himself has said previously that his vegan diet makes him a better player; with increased energy levels, better nutrition – even maintaining his toned muscles with vegan protein has been easy for the athlete.

Irving isn’t the only major basketball star to have adopted a vegan diet and found athletic improvement, many of his NBA team are taking note of his success and also seeing the abundance of benefits from eating solely animal-free foods.

We can’t promise eating vegan like and NBA star will turn you into a Nike collection creator and a reputable basketballer – but why the heck not give it a go?