Nike’s new “Space Hippie” line of sneakers are vegan and made from recycled trash.

The American sportswear company created four futuristic designs for the Space Hippie with environmental sustainability in mind. According to Nike, the vegan sneakers have the lowest carbon footprint scores of any shoe created by the brand so far.

“Space Hippie product presents itself as an artifact from the future. It’s avant garde; it’s rebelliously optimistic,” says John Hoke, Nike’s Chief Design Officer. “Space Hippie is also an idea. It is about figuring out how to make the most with the least material, the least energy, and the least carbon.”

Nike’s “Move to Zero” initiative details the company’s goal of both zero carbon and zero waste. Many other sneakers, including Nike Air, now use recycled materials and renewable energy. And according to the company, the Space Hippie line represents a new benchmark in responsible shoe design.

“We believe the future for product will be circular,” says Seana Hannah, Vice President of Sustainable Innovation. “We must think about the entire process: how we design it, how we make it, how we use it, how we reuse it and how we cut out waste at every step.” 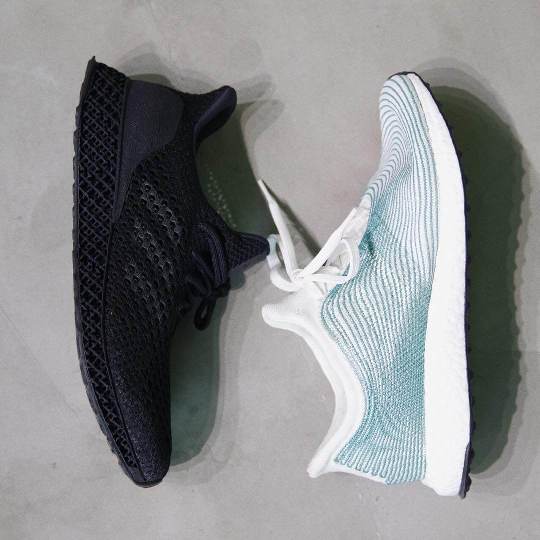 Nike is not alone in striving for more sustainable footwear. Adidas and marine advocacy group Parley teamed up in 2016 to create a line of training wear. The products use at least 75 percent upcycled marine plastic. Adidas has also released the Futurecraft.LOOP, a vegan and fully recyclable trainer.

The Space Hippie 01, 02, 03 and 04 will be available this spring for Nike members in SNKRS and SNEAKERS. They will also be available at Nike House of Innovation flagship locations and at select retailers.