Although they’re little, wild bees are an important keystone species, and many other species depend on them for survival. Consumers can also thank bees for much of the food that they eat. Put simply, we cannot live without bees.

Europe’s bumblebee populations decreased by 17 percent between 2000 and 2014. In 2016, the U.S. listed bees as endangered for the first time ever. Seven species of Hawaiin bees received federal protection under the Endangered Species Act as a result. And in 2017, officials listed a species of bumblebee as endangered. The U.S. Fish and Wildlife Service revealed the rusty patched bumblebee was perilously close to going extinct.

Even honey bees are on the decline. A 2018 study found that 40 percent of American beekeepers’ honey bee colonies disappear between April 2017 and April 2018. This was partly due to colony collapse disorder. This phenomenon occurs when honey bees abandon their hives and die off at high rates. Experts have not yet determined the exact causes of CCD. But some point to pesticide use, mites, malnutrition, and chemicals in the environment. Poor bee management techniques could also be to blame.

A recent study, published in The Royal Society journal, found the supply of some key crops—such as blueberries, cherries, and apples—is on the decline in the U.S. as a result.

Researchers from Rutgers University say wild bees and managed honeybees are lacking in some agriculturally intensive regions. They say this poses grave concerns for global food security. According to the study, in the U.S. alone, the production of pollinator-dependent crops accounts for more than $50 billion of the country’s total food supply. 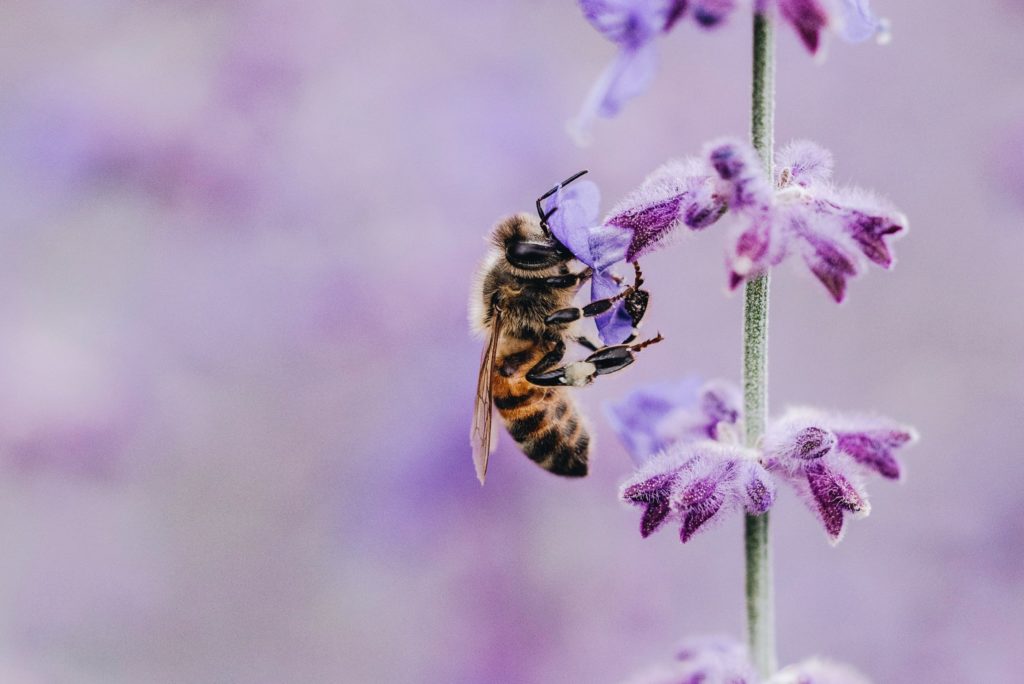 Bees are an important keystone species. | Aaron Burden via Unsplash

Pollination is vital to the health of the global food system. And a single bee colony can pollinate 300 million flowers in one day. So, what would a world without bees look like?

If this were to occur, experts say ripple effects would be felt throughout entire ecosystems. Many plants that depend on bees for pollination would die off, severely impacting natural food chains. The loss of bees would effectively change the entire food system.

“The absence of bees and other pollinators would wipe out coffee, apples, almonds, tomatoes, and cocoa to name just a few of the crops that rely on pollination,” Graziano da Silva said.

Researchers found that five out of seven of these crops “showed evidence of pollinator limitation,” meaning pollinators were scarce.

“Our findings show that pollinator declines could translate directly into decreased yields,” the study’s authors wrote. “Wild species contribute substantially to pollination of most study crops in major crop-producing regions,” they added. 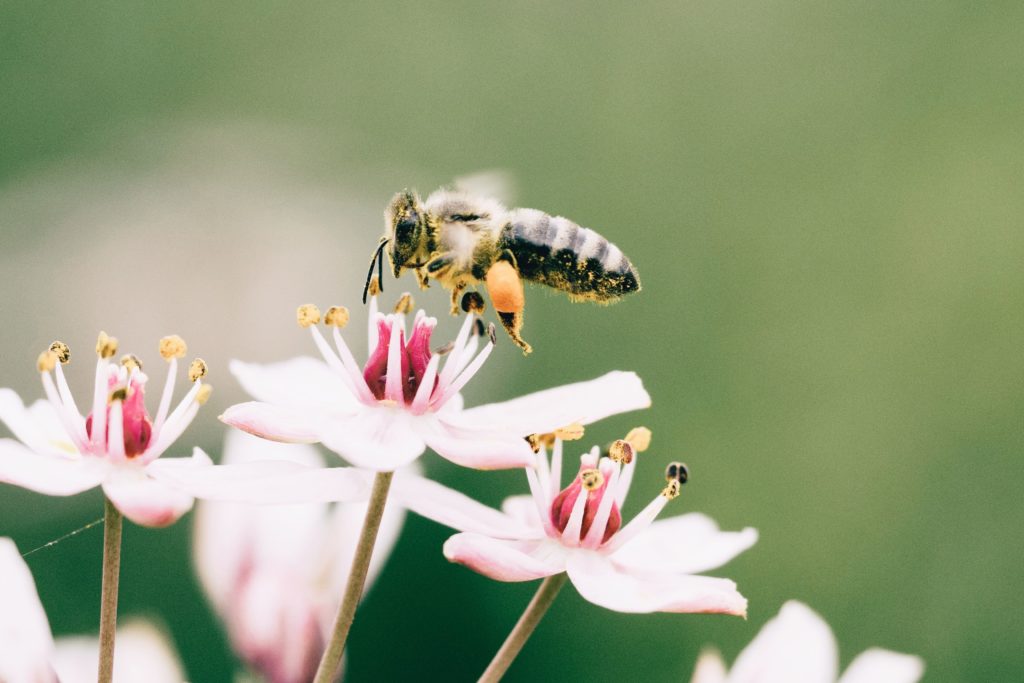 Bee populations are dwindling around the world. | Aaron Burden via Unsplash

“Serious Implications for the Animals”

Johanne Brunet is a research ecologist and professor at USDA-Agricultural Research Service and UW-Madison. She says the disappearance of pollinators wouldn’t lead to a complete loss of plants.

“Various plants are wind-pollinated and other plants rely entirely on self-pollination for seed production,” she wrote in an op-ed.

“However, it would shift the composition of plant communities,” she said. “[It would pose] serious implications for the animals that feed on them or use them for shelter.”

She said these changes would still have serious ramifications. “Humans depend on plants and plants depend on pollinators. A balance must be maintained in order to sustain life on earth and protect human survival and health,” she said.

Graziano da Silva says countries need to change the ways in which they cultivate food. “Countries need to shift to more pollinator-friendly and sustainable food policies and systems,” he explained.

Europe has already taken action in protecting bees. Earlier this year, the European Commission committed to reducing the use of chemical pesticides by 50 percent by 2030.

The European Food Safety Authority reported bee populations had declined over the past 10 to 15 years. This was especially seen in western European countries like France and Belgium. The European Parliament warned this could impact 76 percent of all of Europe’s food production.

The EU’s new plan is part of the European Green Deal. It includes a commitment to reversing the decline of bee species and other pollinators. The deal also features a plan to plant three billion trees by 2030.

In 2018, the EU banned the outdoor use of the three main neonicotinoid insecticides—clothianidin, imidacloprid, and thiamethoxam. The U.S. passed a similar ban on pesticides in 2019. The Environmental Protection Agency prohibited the use of 12 products containing neonicotinoids. Farmers used the pesticides to protect crops from pests and diseases. But experts linked the chemicals to an impairment of movement and memory in bees, as well as death.

The average person can help bees, too. In lieu of using deadly pesticides, gardeners can opt for bee-friendly, natural alternatives. A number of plants—such as chrysanthemums, lavender, and lemongrass—help repel pesky pests without causing harm to bees.

Trees, flowers, and shrubs provide bees’ only source of food: pollen and nectar. Cultivating a wide variety of flowers and herbs can help to attract bees and provide them supple nourishment.