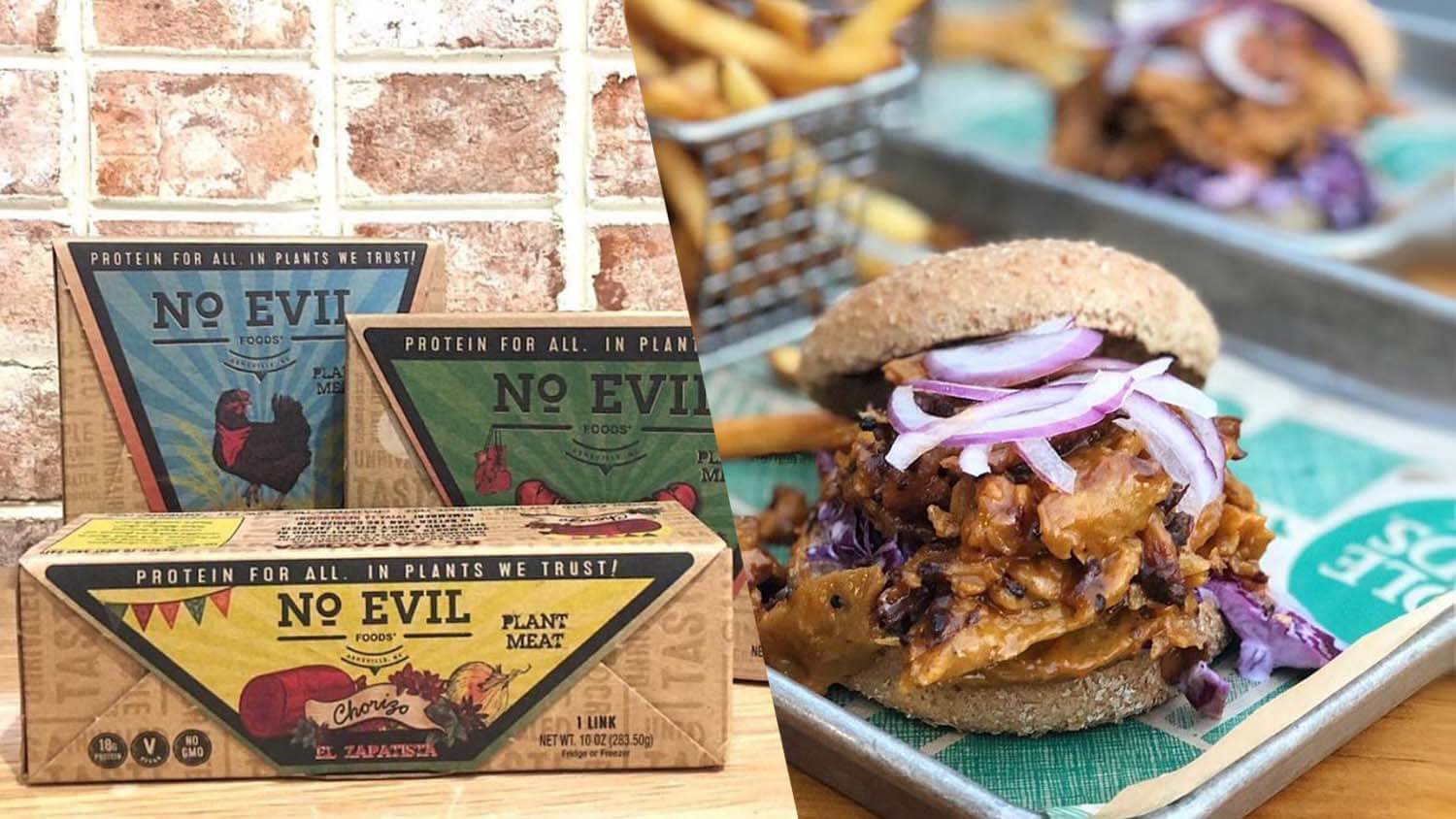 North Carolina-based vegan meat brand No Evil Foods has launched its products in 250 Walmart stores throughout the southern U.S.

Sadrah Schadel and Mike Woliansky founded No Evil Foods in 2014 in Asheville, North Carolina. Until recently, the brand operated out of a shared-use incubator. Thanks to increased demand, this year the company moved its production to a much larger facility in Weaverville, North Carolina. According to Citizen Times, No Evil Foods expects its expansion to create 15 more living wage jobs by the end of the year.

So remember all those meals you ate as a kid? The ones that you remember with such fondness that you could never think about going through life without them? . We have lots of those. Luckily, @alexafuelednaturally does too, and she’s out to recreate our childhood favorites as a way to feed the future. Check out this recipe for Arroz con Pollo featuring our very own Comrade Cluck ‘No Chicken’ . Serves 4 1 cup Jasmine rice or any long grain white rice 1 package @noevilfoods chicken (cleanest plant based meat) 2 garlic cloves, finely minced 1/2 yellow onion, finely diced 8 ounces tomato sauce 2 cups water 1 tbsp better then bouillon (I used “not chicken” flavor) 1 cup peas 1 cup carrots, chopped Toppings ; avocado, limes & cilantro! (All a must) Method: 1. Shred the vegan chicken with your hands or using two forks. 2. In a large saucepan over medium heat, add the rice and CONTINUALLY stir until the rice turns a light brown. 3. Add the garlic, onion, and salt. Stir the rice until it turns golden. 4. Add the tomato sauce, bouillon and water. Increase the heat to medium-high. 5. Cover and simmer for 20-25 minutes, until the rice is cooked and has absorbed the liquid. 6. Mix in the shredded vegan chicken, peas, and carrots. 7. Remove the rice from the heat and fluff with fork. Top with avocado, lime juice and cilantro. Enjoy! . #noevilfoods #plantmeat #veganchicken #foodinbowls #chicken #veganfoodshare #vegansofig #whatveganseat #nomnomnom #foodie #veganfood #healthyfood #veganeats #veganrecipe #eatingfortheinsta #huffposttaste #wfpb #vegankitchen #simplemeals #vegetariansofig #veganism #feedfeedvegan #oilfree #instavegan #food52 #f52grams

Across the nation, plant-based meats are growing in popularity. One recent study revealed that nearly 80 percent of the country’s Millennials regularly eat vegan meat products, and nearly 50 percent from other generations do the same. It’s not just consumers in the U.S. who are embracing plant-based meat products; by 2026, global vegan meat sales are expected to reach $6.5 billion.

Consumers are embracing plant-based foods for a number of reasons, including animal welfare, personal health, and for the planet. Earlier this year, scientists revealed that humans have 12 years to prevent a climate change crisis at the UN’s annual Intergovernmental Panel on Climate Change. One of the key takeaways from evidence delivered by a multitude of speakers was that humans would have to reduce or completely eliminate their meat intake in order to prevent environmental disaster.