A new vegan pizza restaurant is set to open in Mainz, Germany.

In an interview with local news outlet Allgemeine-Zeitung, Wild explained that he moved from the nearby town of Idar-Oberstein to the city of Mainz to make his childhood dream a reality. “Here the concept simply fits better,” he noted. Mainz is one of Germany’s major cities, capital of the federal state Rhineland-Palatinate.

The young restaurateur intends to offer his pizzas both in-house and out, with a delivery service available on weekends. For those who choose to sit in, the decor will be unrecognizable from its former state as a paleo snack bar, with a whole new interior fitted and filled with mainly self-built furniture. 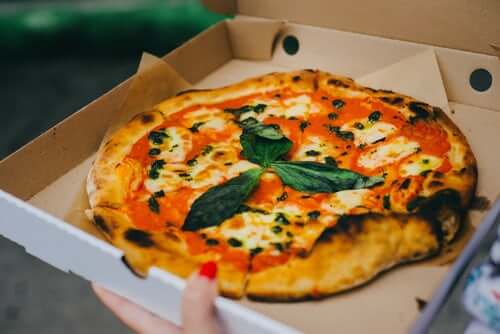 Across Germany, vegan food is becoming more and more popular with consumers. In fact, one recent study revealed that the country launches more plant-based products than anywhere else in the world. The report, by global market research firm Mintel, showed that Germany was responsible for 15 percent of all vegan food and drink products released around the world between July 2017 and June 2018. Plant-based protein in particular, in the form of vegan meat, is the most popular category in the country. Even the country’s largest poultry producer PHW is cashing in on the vegan movement by launching its own alternative protein department.

Whilst the trend is being driven in part by vegans, flexitarians are the real reason the vegan market is accelerating in the country. “The majority of consumers are not giving up meat,” said Mintel global food and drink analyst, Katya Witham. “They are making room for more vegan products as part of ‘flexitarian‘ dieting, opening opportunities for plant-based food and drink innovation.”

She continued, “food and drink manufacturers would do well to incorporate vegan claims into wider health and ethical-related product positioning, serving the purpose of providing transparency, and communicating product suitability to the widest range of consumers.”