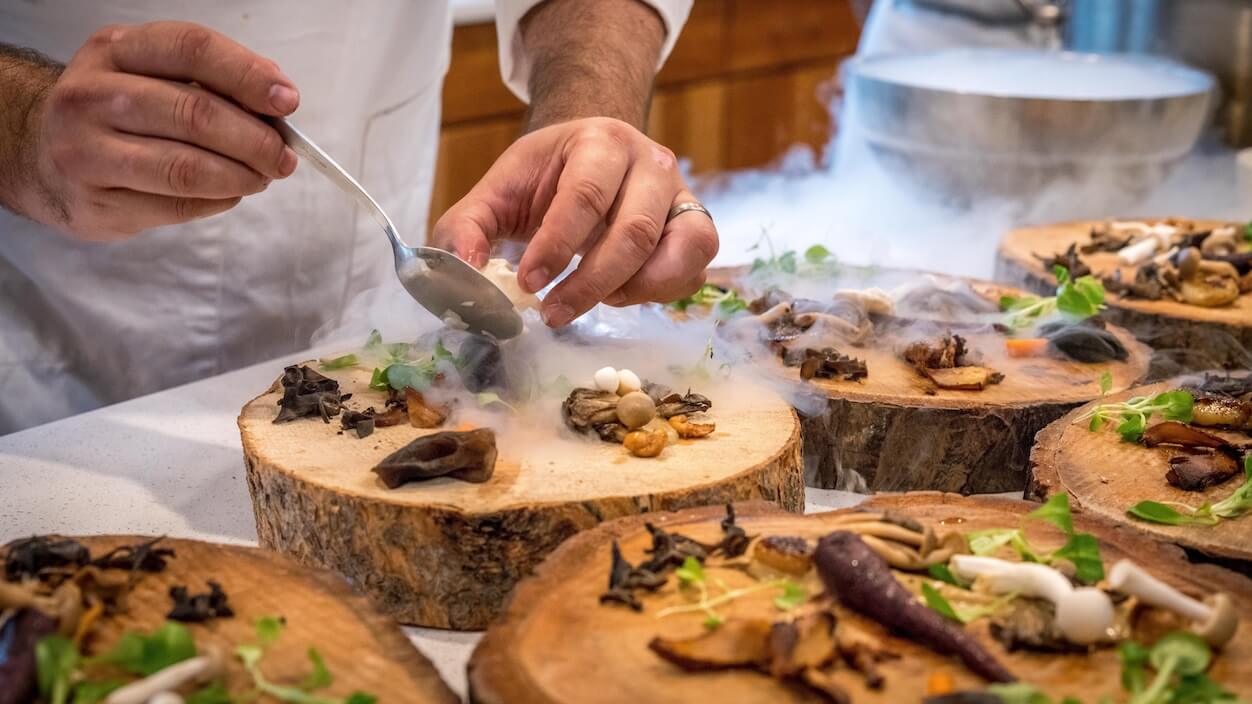 Being crowned the best restaurant in the world four times would be enough for most restaurateurs. But for Rene Redzepi, the co-founder of the Copenhagen dining destination, Noma, there’s a lot more on the horizon. Including the prospect of pivoting the restaurant toward a fully vegetarian menu.

Most recently for Noma, though, there’s a book: “Foundations of Flavor: The Noma Guide to Fermentation.” The book dives deep into how to ferment, the different types of fermentation (the book covers seven methods), and why this form of preparation is still so vital to human existence. Food journalist Michael Pollan covered this as well in his 2013 tome, “Cooked: A Natural History of Transformation.”

Fermentation is more than just making yogurt or brining pickles. Consider it nature’s crock pot. It’s the slow cooker that cooks so slow it uses bacteria instead of heat. Long used to put up fruit and vegetable harvests for winter, fermentation also provides necessary microflora. Flip through any book by Sandor Katz and you’re bound to learn some eye-opening facts about the benefits of fermentation.

“To ferment your own food is to lodge a small but eloquent protest – on behalf of the senses and the microbes – against the homogenization of flavors and food experiences now rolling like a great, undifferentiated lawn across the globe,” Pollan wrote in “Cooked.”

“It is also a declaration of independence from an economy that would much prefer we remain passive consumers of its standardized commodities, rather than creators of idiosyncratic products expressive of ourselves and of the places where we live, because your pale ale or sourdough bread or kimchi is going to taste nothing like mine or anyone else’s.”

According to Redzepi, fermentation is now the most important element in Noma’s kitchen.

“Because it’s so much now, it’s going to defeat the purpose if we keep bombarding people and saying, ‘This is a fermented pickle here and a fermented sauce.’ Just talk about the ingredients and let the fermentation speak for itself,” Redzepi said to the Washington Post.

And, he thinks, fermented foods could help in the fight against the climate crises. “I totally believe this is the key, man, that can unlock a lot of these challenges in eating more plants. I really do,” he told the Post. “You add flavor. You add the thing that is missing sometimes when you have just a vegetarian meal.”

Fermentation could also help satisfy “meaty” cravings, providing some of the “flavors” of meat without the meat.

“My favorite application of fermented food was the old cabbage dish that we had on the menu,” he says. “You’d take a cabbage leaf, just slather with peaso [a yellow split-pea miso] and parsley oil and grill it. People would freak out. They’re like, ‘You’re serving me a leaf?’ Then they eat it, and they’re like, ‘This is a leaf?!'”

Now, Noma is also working at reducing its animal protein. The restaurant is currently featuring a lot of animal protein during the end of game season. But Redzepi says the team is “toying” with the idea “that maybe our future is vegetarian.”

It’s a big move for any restaurant that serves a meat-eating clientele — especially one waiting months for a table and traveling sometimes across the world for the meal.

But for Noma, there’s a need as the greatest restaurant in the world to assert some responsibility in moving the food dialogue forward. Not just to respond to market demands, but for Redzeppi, it’s something bigger.

“This is about figuring out what makes sense for us long term and what sort of restaurant we want to be.”