Called Camden7 Rainbow Sneakers, the footwear was created by Tretorn Sweden, founded in 1891. Tretorn, which was owned by Puma for nearly 15 years up until 2015, is popular for its rubber boots, sports shoes, and fashionable sneakers.

But it’s Tretorn’s rainbow-inspired shoes that have got everyone talking. According to POPSUGAR, “even unicorns aren’t worthy” of the Camden7 Rainbow Sneakers.

The low-top shoes feature iridescent rainbow colors, gullwings on the sides, and a white bumper cupsole. They’re “major eye candy,” according to POPSUGAR. “The rainbow finish is downright magical — we can’t stop staring.” 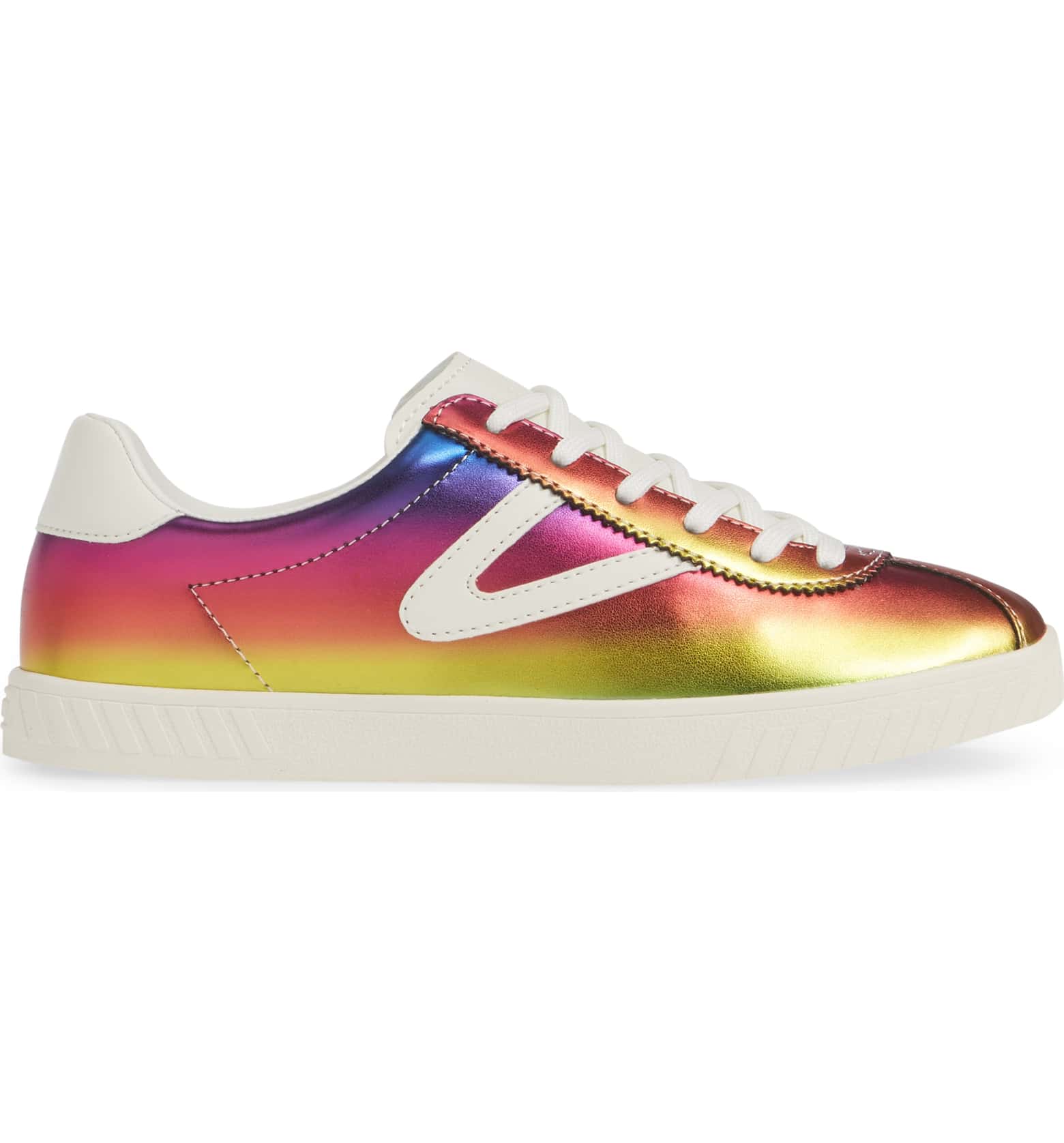 “Beside being pretty to look at, these sneakers are also incredibly comfortable. Most sizes are already selling out, so we suggest getting your hands on these shoes as soon as possible. Treat yourself!” the publication wrote.

Vegan Shoes Stepping Into the Spotlight

More people are looking to live more ethically and sustainably. As a result, the popularity of vegan shoes is soaring. Major companies are adapting to keep up with this shifting consumer preference. Leading high street chain in the UK Marks & Spencer recently launched a range of affordable vegan leather footwear in 350 styles.

Multinational sports shoe and clothing brand Adidas created vegan shoes made out of plastic collected from the ocean. Adidas released 7,000 pairs of the sneakers, each containing the equivalent to 12 plastic bottles worth of waste. The footwear sold out instantly, inspiring Adidas to commit to making five million pairs of the ocean plastic sneakers. The initiative is projected to earn the company more than a billion dollars.

Tretorn’s rainbow shoes are one of many vegan-friendly products available at Nordstrom, that has 379 stores across 40 U.S. states and Canada and touts an “incredible eye for what’s next in fashion.” Nordstrom is home to Matt & Nat, that makes vegan leather bags, footwear, and accessories. Nordstrom also sells clean, vegan beauty products, faux fur blankets, and items from Miley Cyrus’ vegan Converse collection.