Las Vegas may do well to consider a slight name change to Las Vegan. The gambling town, known by its “Sin City” moniker, is becoming a hotbed for vegan food. Vegas has seen an astounding 400 percent increase in vegan restaurants since 2016.

The increase in the vegan options in the city known for indulgent cheap buffets and the Heart Attack Grill — where diners wear hospital gowns before eating heart attack-inducing dishes including the restaurant’s iconic Bypass Burger — may be credited at least in part to Diana Edelman, founder of Vegans, Baby, a vegan blog and resource helping residents and businesses embrace vegan food.

According to Edelman, when she first launched her blog in 2016, there were only five vegan spots in Sin City: Go Vegan, Go Raw, Simply Pure, Violette’s Vegan Organic Juice Bar & Cafe, and VegeNation.

“Vegans, Baby has been instrumental to the growth of the Las Vegas vegan scene,” says Josh Molina, founder, Makers & Finders. “As a restaurant owner that previously did not offer vegan options, Diana opened the door to that market by guiding us in creating vegan dishes that still represented our brand but were healthy and plant-based.” 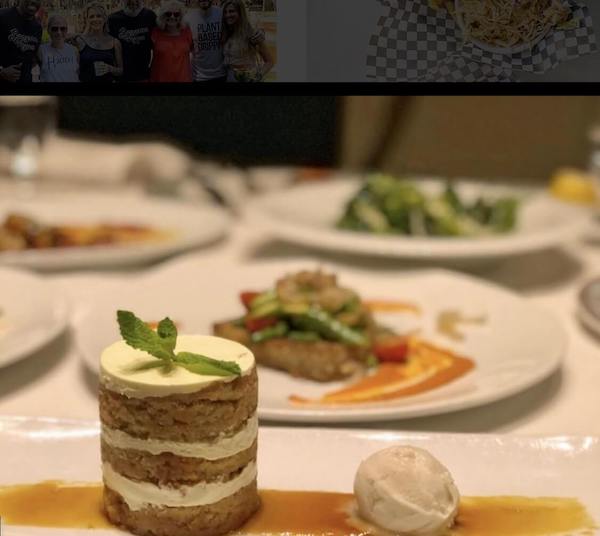 Now, Vegas boasts 20 vegan restaurants and a growing number of vegan-friendly menus at restaurants including those found in the Wynn hotels and casinos.

Kelly Bennett, creative director and co-owner of VegeNation says Vegans, Baby, has been a “game-changing resource” for both the local and global community. “Her work has made eating vegan more mainstream and the movement is growing daily.”

Like other major destination cities, Las Vegas is seeing a spike in demand for plant-based and vegan food. New data from Mintel says vegan food sales saw a ten-fold sales spike in the last year. Plant-based categories were valued at more than $3 billion last year alone. Cities like London, Los Angeles, New York, and Sydney have become hotspots for vegan food and culture, but smaller cities are feeling the consumer shift as well with restaurants, festivals, and specialty food items all catering to the demand for vegan food.

Molina says expanding to include more vegan items is not just satisfying the vegan customers, but contributing to a shift in revenue; adding vegan options helped increase the company’s profits through greater visibility. “It made it easy for new guests to find us and try our vegan menu, and now a lot of these guests have turned into regulars.”