Vegetarian diets have existed for thousands of years.

Typically, vegetarianism means a diet free from meat products. But a vegetarian diet comes in many different forms and can mean different things to different people. It can also be used in reference to a vegan or plant-based diet, which excludes all animal products and is, by definition, vegetarian.

Flexible lifestyles such as flexitarianism include animal products in moderation, but still emphasize plant-based foods for the majority of meals. Pescetarianism (which includes seafood but excludes other types of meat) also significantly reduces overall meat intake.

But what exactly is vegetarianism, and where does it come from?

In 1847, the foundation of The Vegetarian Society (VegSoc) in the UK popularized the word vegetarian. But written use of the word may have occurred even earlier in the 19th century. VegSoc membership swelled in the years following its initial foundation, and the charity continues to promote vegetarianism through outreach and educational resources today.

According to VegSoc, a vegetarian diet focuses on vegetables, seeds, and legumes, fruit and nuts, and grains. It also includes animal products such as eggs, dairy, and honey, that do not explicitly or necessarily involve the death of an animal or the consumption of its meat. VegSoc specifies that a vegetarian diet does not include red meat, poultry, seafood, animal gelatine, or animal fat.

Veganism, for many, includes not only rejecting animal products in food but rejecting the commodity status of animals as a whole. This includes not buying any products that contain animal-derived ingredients. Or those that in any way use or exploit animals in the production process—including fashion, home goods, and skincare.

Many modern vegetarians choose to eschew animal products in clothing, as a means of overall lifestyle identity or morale. But this is not always or explicitly associated with the diet. How people practice vegetarianism varies greatly around the world, and prior to the modern era—post-1847—meat-free diets have a rich and diverse history. 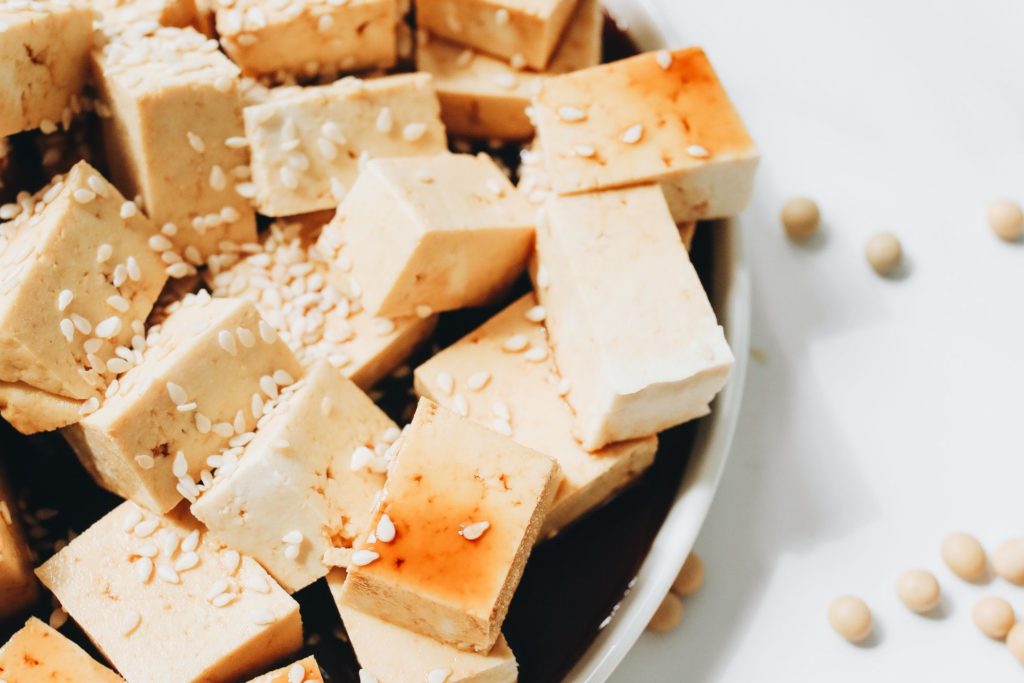 People in China have eaten Tofu for more than 2,000 years. | Pola Tankevitch via Pexels

Vegetarianism Around the World: A Brief Timeline

Despite the recent emphasis on cutting edge vegetarian and vegan products, plant-based and meat-free diets are not a modern invention, and certainly not a western one. Many anthropologists hypothesize that early humans ate a predominantly plant-based diet, supplemented with occasional meat and animal-derived ingredients.

This style of plant-forward diet has been linked with optimum health and particular longevity, as seen in Blue Zones such as Okinawa and the Mediterranean.

Prior to the popularization of the term vegetarian in the mid-1800s, vegetarianism was frequently referred to as a Pythagorean Diet; named after the Ancient Greek philosopher and mathematician Pythagoras, who was an early advocate for the diet.

Vegetarianism has been present in India since around the 5th Century BCE. Through the ancient religion of Jainism and from around 1500 BC, Hinduism. Both encourage a meat-free diet as a key part of practicing nonviolence, or ahiṃsā. This concept is also clearly present in Buddhism, which originated between the fifth and sixth centuries. Now practiced around the world, Buddhism is the world’s fourth-largest religion.

In regions around the globe, emphasizing plant-based foods in place of or alongside meat is an integral part of the national cuisine. Plant-based staples such as tofu have been consumed in China for more than 2,000 years. They are present in Indonesian, Japanese, and Thai cuisines, too. On the African continent, and for centuries prior to European colonization, meals were frequently vegetarian.

It wasn’t until the 1960s when vegetarianism became more mainstream in the U.S. and UK. It gathered additional momentum in the 1970s, and Peter Singer’s Animal Liberation (1975) first coined the term speciesism. Singer raised awareness of both the oppressive conditions in factory farms and the use of vivisection and animal testing, in particular.

As the modern, western iteration of vegetarianism gained popularity, it increasingly emphasized environmental considerations in addition to animal welfare and rights issues. Now, personal health is the most commonly-cited reason for ditching animal products.

Health Benefits of Being Vegetarian

Adopting a vegetarian diet has a variety of proven health benefits, including a significant reduction in the risk of heart disease, which is the number one killer of Americans across genders, racial, and ethnic groups. According to the CDC, one person dies every 36 seconds in the U.S. from cardiovascular disease.

Cancer is the second leading cause of death in the U.S. Experts estimate that healthy dieting and effective nutrition could prevent up to a third of all cases. The American Cancer Society (ACS) currently advises people to cut back on red and processed meat. Instead, the ACS suggests whole, plant-based foods.

In 2015, the World Health Organization categorized red meat as a Group 2A carcinogen, meaning it is “probably carcinogenic” to humans. Processed meat is classified as Group 1, along with tobacco and asbestos. This means that there is explicit evidence of a link with cancer.

A vegetarian diet has also been linked with reduced risk of type 2 diabetes and better management of blood sugar levels. According to Diabetes UK, adopting a meat-free diet can support healthy weight management. This in itself can be an effective, medication-free way of managing diabetes. Vegetarianism can also support a healthy reduction in blood pressure and cholesterol.

Diet has a significant impact on the nature of the microbes in your gut, and vegetarian and vegan diets may effectively encourage diverse microbiota. According to plant-based advocacy group PCRM, high-fiber vegan diets, in particular, promote healthful and stable gut bacteria. 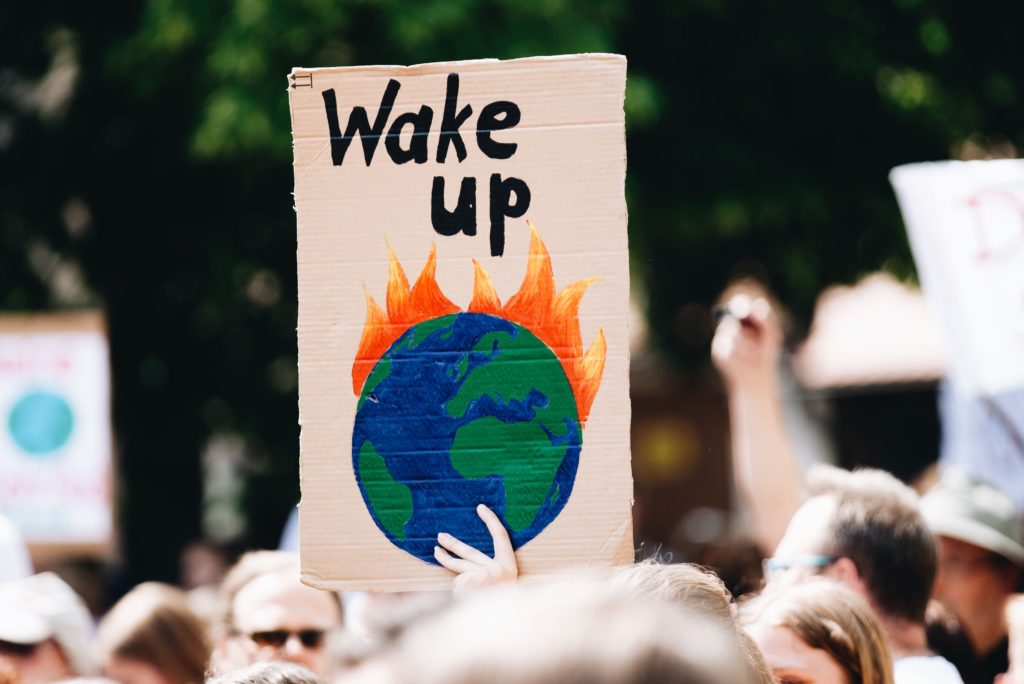 Environmental Impact of Being Vegetarian

After personal health, those reducing their meat consumption frequently cite environmental health as a key motivator. Eating more vegetarian food positively impacts the environment locally, regionally, and globally. Animal agriculture is a leading cause of greenhouse gas emissions and a key contributor to climate change.

Cattle farming for beef—and dairy—produces more than 75 percent of all greenhouse gases produced by livestock. The beef industry has also been linked to deforestation and human rights violations in Brazil and the Amazon.

Livestock in general produces approximately 14 percent of all human-caused greenhouse emissions. According to VegSoc, eating vegetarian means 250 percent fewer carbon emissions than a meat-based diet. The Economist reports that going vegan for just two-thirds of all meals could reduce food-related carbon emissions by 60 percent.

Factory farming and intensive animal agriculture, in particular, produce pollution. Overcrowding, disease, and poor waste control are all key contributors. According to a report by CIWF, food-animal operations in the U.S. produce a total of 133 million tons of manure annually.

Unhygienic conditions such as overcrowding can also lead to food contamination and increased risk of zoonotic diseases, such as swine flu (h1n1) and COVID-19.

Animal agriculture is resource-intensive and widely considered an inefficient method of protein production. Plant-based crops such as soy are produced and fed to animals when they could be used directly to feed hungry people.

Just as meat-free diets have been around for centuries, so have famous vegetarians, spanning both history and occupation.

From philosophers and scientists such as Pythagoras, Socrates, Jane Goodall, and Albert Einstein, to writers including Jonathan Safran Foer, Mary Shelly, Franz Kafka, and Leo Tolstoy, to actors and artists like Common, Natalie Portman, Will.i.am, Ellen Page, Joaquin Phoenix, and Lizzo, as well as social justice activists such as Rosa Parks, Mohandas Gandhi, and Angela Davis.

Meat-free diets are also increasingly popular with a range of athletes. These include Formula One driver Lewis Hamilton, former MMA fighter and star of The Game Changers (2019) James Wilks, and professional surfer Tia Blanco, alongside countless others.

Thanks to the myriad of health and environmental benefits of vegetarianism—and, of course, its impact on animals—eating more plant-based foods is more beneficial than ever. Vegetarianism is increasingly accessible, and nearly 25 percent of Americans are already cutting back on meat.