Nutritional yeast, and MSG, have got some bad press recently. The product that is loved by vegans, vegetarians and chefs for it’s umami or savoury flavour is mostly used to replace cheese giving dishes an elevated, well seasoned taste. Nutritional yeast, or nooch as it’s often called, is a strain of yeast that has been deactivated. It’s grown on a sugar carrier, like sugar cane or molasses, before being harvested, heated, dried and crumbled into powder or flakes. So is it really bad for you?

Nutritional yeast is most commonly used to replace cheese. Cheese is a high fat product, with 100g of cheddar containing 21g of saturated fat which is over your whole recommended daily intake of saturated fat in one small piece of cheese. Cheese also contains significant amounts of sodium, a quarter or your RDI in that 100g piece, and 35% of your RDI of cholesterol. There are nutrients in cheese, however, such as B12, protein and calcium. These benefits come at a cost though with research showing that dairy has little or no support to bone development; the amount of ‘bad’ cholesterol in dairy and cheese has been linked to increased heart disease currently the number one killer across the world; and links to prostate and breast cancer have been identified. 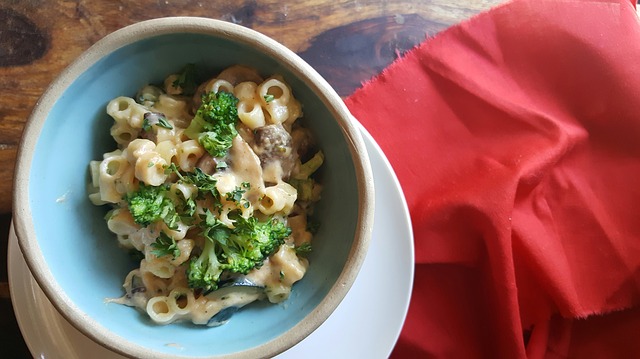 Nutritional yeast, on the other hand, contains no saturated fat, no cholesterol and trace amounts of sodium. This is combined with many nutritional benefits: Fiber, B1, B2, B3, B6, B12 and protein amongst others. But should vegans, or anyone for that matter, be laying off nutritional yeast?

For those of us that didn’t know our beloved nutritional yeast has the same chemical compound as MSG, or monosodium glutamate. The umami properties of MSG were discovered by Japanese chemist Kikunae Ikeda, who studied how seaweed gave food a certain taste. Ikeda found that the key was a common amino acid — one of the building blocks for a protein — called glutamate.

As the main component of many proteins and peptides, glutamate occurs naturally and is present in most foods. Glutamate is also produced in the body and plays an essential role in human metabolism. Monosodium glutamate has a sodium atom added to glutamate making it easy to sprinkle into food.

The glutamate found in nutritional yeast is “bound” to other amino acids or proteins meaning your body can control how much is absorbed and the rest can be passed off as waste. As such can this salt version of naturally occurring glutamate really be that bad for you?

There is no shortage of research conducted on MSG and its potential health effects. A full review of these was conducted by the International Food Information Council Foundation, who summarised that MSG is one of the most intensely studied food ingredients in our food supply and has been found to be safe. The report detailed:

“The Joint Expert Committee on Food Additives of the United Nations Food and Agricultural Organization and WHO placed it in the safest category for food additives. Subsequently the European Community’s Scientific Committee for Food confirmed the safety of MSG. Based on the extensive scientific data, and in view of large normal dietary intake of glutamates, the committee determined that specification of an Acceptable Daily Intake (ADI) was unnecessary. Finally, the American Medical Association’s Council on Scientific Affairs, the National Academy of Sciences, as well as the FDA, have all determined that MSG, at current consumption levels, is safe.”

It would seem that MSG hasn’t been able to shrug off it’s bad reputation despite evidence to suggest that it’s safe to consume. So unless you’re eating multiple tablespoons of nutritional yeast everyday, it appears we can continue to enjoy this alternative to cheese. Still not sure then the American Chemical Society have produced this video which might help you decide……