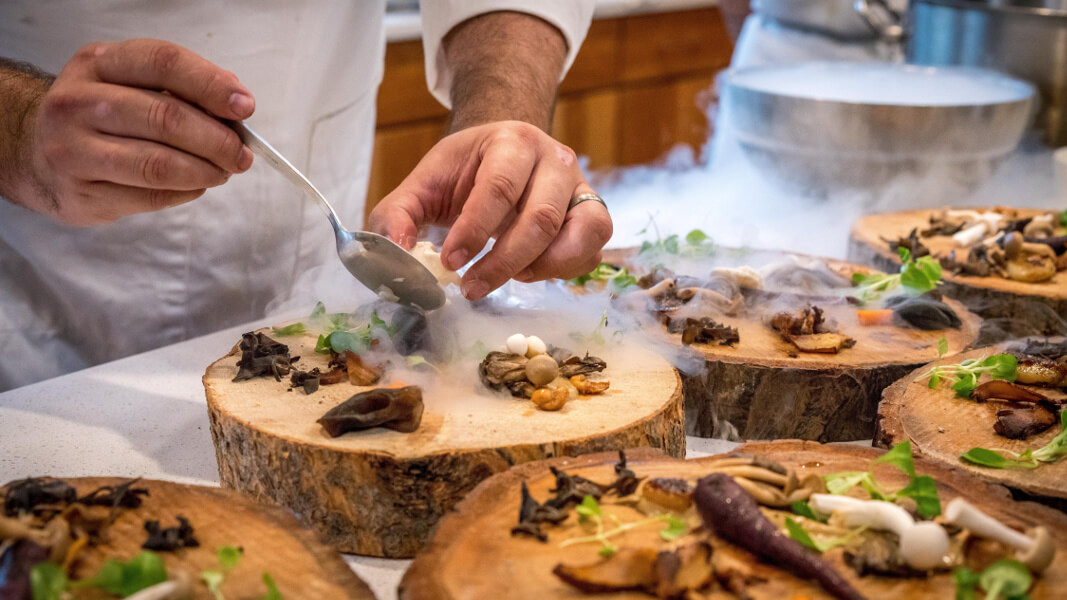 The weeklong campaign is led by Brighter Green, a New York-based nonprofit organization that aims to raise awareness of and influence public policy action on issues affecting the environment, animals, and sustainability. Eat for Climate Week showcases restaurants in Manhattan, Brooklyn, and Queens where diners can find a planet-friendly meal free from all animal products. The event aligns with the 10th anniversary of Climate Week NYC, which coincides each year with the UN General Assembly. Eat for Climate Week is “a first-of-its-kind initiative to raise awareness among the general public on the connection between food choices and climate change.”

“New York City is a global leader on climate and sustainability, and chefs, restaurants, and individuals all have an important role to play by re-envisioning the food we eat,” said Mia MacDonald, Executive Director of Brighter Green in a statement. “New Yorkers can lower their climate footprint and help meet Paris Agreement climate goals while enjoying innovative, delicious, and healthy cuisine at the same time.”

The future is plant-based! ? Did you know that in 2018 alone, 51 percent of chefs in the US have added vegan options to their menus to meet demand? Wow! People love plants! And who wouldn’t? Eating plant-based is tasty and amazing for your health and the environment. Which is why we’re happy to be participating in #EatforClimateWeek (Sept 24-30) an important campaign shedding light on the climate benefits of eating a plant-rich diet. Let’s eat our way to a better planet! Come in this week and learn about our climate-friendly menu. ? #bringtheplantback #ClimateWeekNYC #EatforClimateWeek

In June, a new study published in the journal Science revealed that a vegan diet is the most effective way to combat climate change. The study is the largest-ever analysis of how global food production impacts the environment. NYC has already taken several diet-related steps towards improving the health of its residents, which also benefit the planet. Last year, all 1,200 public schools launched an initiative to serve at least one vegan lunch option daily, following an announcement that 15 schools across Brooklyn would adopt a “Meatless Monday” program.