One hundred years ago, after learning about the inherent abuse and violence perpetrated against animals forced to perform in circuses, Oakland California’s most iconic figure, Jack London—author and social activist—wrote two novels (“Jerry of the Islands” and “Michael, Brother of Jerry”) to spread awareness to the public about performing animals.

In the foreword for these novels, he wrote, “I have a strong stomach and a hard head, but what turns my head and makes my gorge rise is the cold-blooded, conscious deliberate cruelty and torment that is manifest behind ninety-nine of every hundred trained-animal turns. Cruelty as a fine art, has attained its perfect flower in the trained-animal world — a body of cruelty so horrible that I am confident no normal person exists who, once aware of it, could ever enjoy looking on at any trained-animal turn.”

London called upon the public to “inform themselves” of the “inevitable and eternal cruelty” inherent in animal acts. He urged them to walk out during animal performances in order to “eliminate the trained-animal turn from all public places of entertainment. Show the management that such turns are unpopular, and in a day, in an instant, the management will cease catering such turns to its audiences.”

Though he died soon after, his words inspired the Jack London Club. It comprised one million members nationwide who distributed literature outside of circuses, wrote to the press and circus management, and staged walkouts during animal acts. 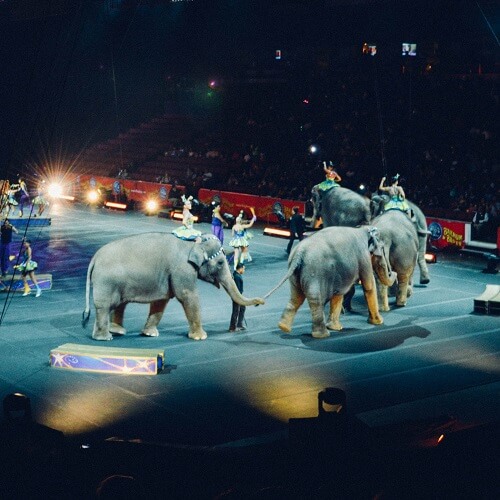 “We’re not going to look the other way when it comes to torturing animals.”

‘The Right Thing to Do’

In 1925, Charles Ringling, one of the brothers who owned the Ringling Brothers and Barnum & Bailey Circus, was quoted as saying, “There has been enough criticism by the public of wild-animal acts to warrant us in withdrawing them, as a quite common impression is prevalent that tigers, lions, etc. are taught by very rough methods, and that it is cruel to force them through their stunts.”

Ringling announced that it had “discarded” animal acts “for all time.”

Sadly, after almost five years, they resumed the use of animals in their circuses in order to provide cheap entertainment to the public during the Great Depression.

One hundred years later, at the end of 2014, an ordinance to ban the use of bullhooks on elephants was brought before the Oakland City Council. Bullhooks are sharp weapons used to hurt and intimidate elephants to force them to perform unnatural acts for the amusement of humans.

Despite the money Feld Entertainment, the owner of Ringling Bros. Circus, spent to fight this ban, over 100 compassionate citizens showed up to speak on behalf of elephants. Shortly after midnight, the ban passed. Ordinance No. 13280 C.M.S. prohibited the use of bullhooks, baseball bats, axe handles, and pitchforks to train or control elephant behavior.

“This is the right thing to do. It’s just that simple,” said Councilmember, then Mayor-Elect, now Mayor, Libby Schaaf.

“I don’t need to have an elephant stand on one leg to see how cute he looks….I don’t learn about the elephants over at the circus while I’m sitting there entertained,” said Councilmember Noel Gallo, co-author of the bullhook ordinance.

“We’re not going to look the other way when it comes to torturing animals. We shouldn’t be teaching the young folks in our city that it’s okay to harm animals for our enjoyment. That is just unacceptable,” said Councilman Dan Kalb, a tireless champion for animal issues in Oakland and co-author of the ordinance.

And in her last city council meeting as Mayor, Jean Quan stated, “I am certain that the day will come when we will see a ban on elephants being used in circuses altogether, but we made some moves tonight, and with this ban we will keep moving forward.”

How prescient she was.

Three months later, in March of 2015, Ringling announced it would be removing elephants from its circuses. Without being able to use pain, fear, weapons, and intimidation to train elephants, the trainers wouldn’t be able to force large, intelligent, autonomous beings to act in ways that are anathema to their very nature. 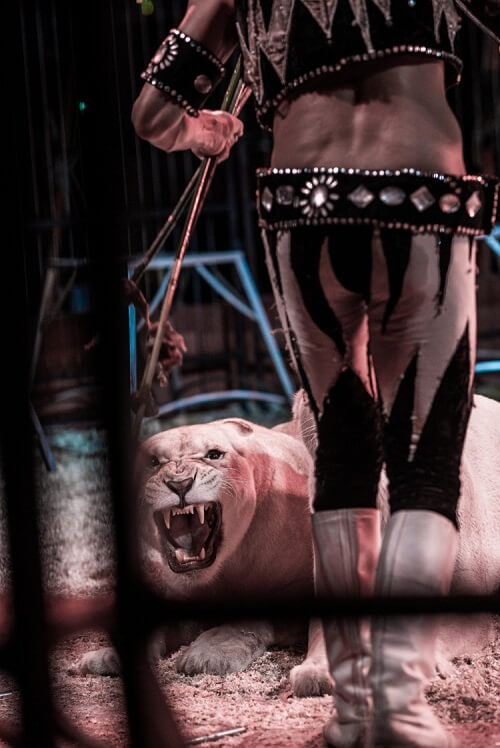 The circus is no place for animals. | Jo-Anne McArthur / One Voice

As cities and counties across the United States began drafting legislation similar to that which passed in Oakland and Los Angeles, Ringling recognized how expensive it would be to fight in every local jurisdiction that proposed similar bans.

A year later, Ringling announced it was closing—for good, demonstrating a powerful example of how local politics matter. Acting as a microcosm of a larger public perspective, it’s not uncommon for local laws to inspire similar laws at the state or even federal level. And so, in 2019, the governor of California signed legislation to ban the exhibition of wild and exotic animals in circuses with the passage of SB 313⁠—the Circus Cruelty Prevention Act.

But there was more work to do, and activists in cities around the country wasted no time working with their respective local councilmembers to ban all wild animal acts in any kind of performance—not just circuses—before another opportunistic company seeks to fill Ringling’s void. In addition to California’s law—as well as the states of New Jersey and Hawaii—bans on performances of wild or exotic animals have been passed in at least eleven California cities, including San Francisco, Los Angeles, Irvine, Pasadena, West Hollywood, Corona, Huntington Beach, Santa Ana, and Encinitas.

Oakland would be next.

Citing animal welfare, compassion, public safety, and Oakland’s leadership in the banning of the bullhook just a couple years before, Councilman Dan Kalb introduced an amendment to the city’s municipal code that would prohibit the display of wild or exotic animals for public entertainment or amusement: “causing exotic animals to perform for the public poses danger to audience members, trainers and the public; desensitizes the public to animals’ needs; and is detrimental to the animals themselves. Some animals are even tortured as part of their training.”

Having unanimously passed the Community & Economic Development Committee the week before, the amendment was passed by the city council 7-0 (with one council member absent). The ordinance officially amends titles 6 and 1 of the Oakland Municipal Code. It “officially prohibits in the city of Oakland performances of wild or exotic animals for public entertainment.”

Jack London would be proud. 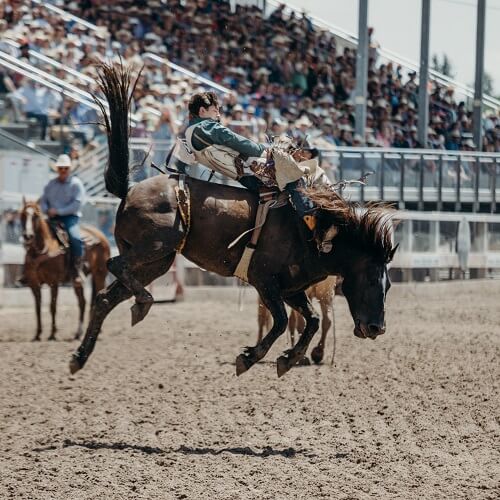 Horses are exempt from the ordinance. There is still work to be done.

There Is Still Work to Be Done

Our work is not done, nor will it ever be. While the arc of history bends toward compassion and thousands of animals will be spared humiliation, confinement, fear, and violence, the price of freedom and liberty—to paraphrase Thomas Jefferson—is eternal vigilance.

We can never be complacent. Like the state ban and municipal bans, domestic dogs, cats, and horses are exempt from the Oakland ordinance, as are rodeos: egregiously cruel spectacles that perpetuate the same desensitization, abuse, and cruelty that circuses do. We have much work to do, indeed, but we must also acknowledge how far we’ve come. While working to create the compassionate world we all envision, let’s also take a moment to celebrate the good work being done by vigilant advocates, activists, lawmakers, and councilmembers.

Now, let’s roll up our sleeves and get back to work.

Colleen Patrick-Goudreau is an Oakland-based author, animal advocate, social commentator, and co-founder of the East Bay Animal PAC. You can find her at colleenpatrickgoudreau.com.