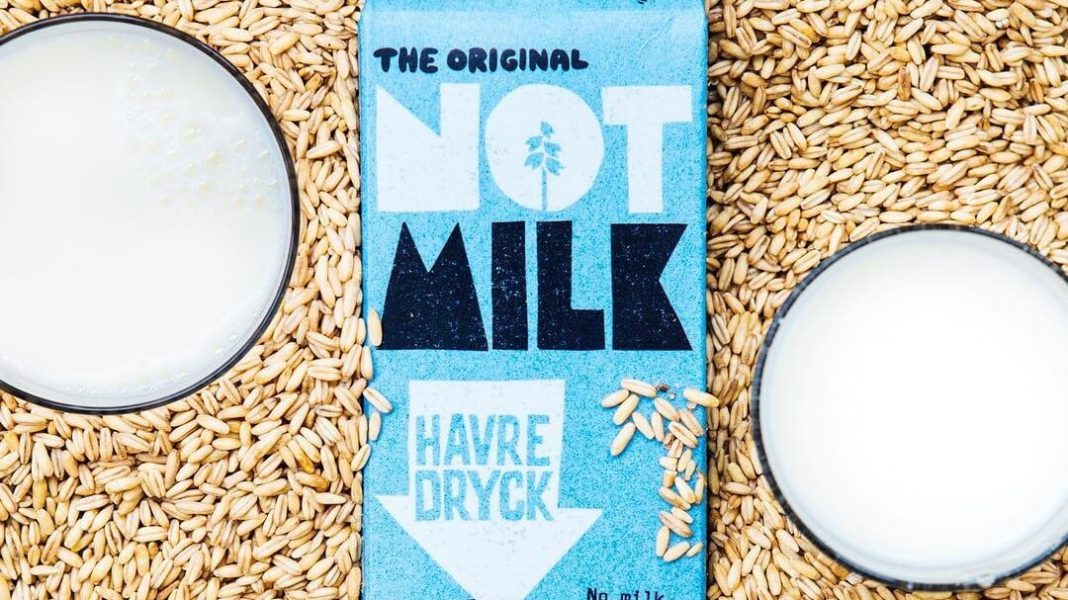 Major vegan milk brand Oatly has revealed it will find alternatives to selling its oat residue to pig farms. One solution could be to turn the residue into renewable energy, according to a statement released by the company.

The news follows consumer pressure after the Swedish brand revealed that it sends production residuals to local farms to feed the pigs. While the company defended the decision as a sustainable option which “eliminated the unnecessary waste of nutrients and at the same time contributed to the production of biogas,” many consumers were displeased that a plant-based brand is contributing to the animal agriculture industry.

For now, the brand will continue to sell oats to farmers; but Oatly has taken note of consumer opinion and has set out plans for alternative oat residue uses.

Explaining the difficulty of its decision-making process on this issue, Oatly said, “The study and analysis of what to do with the residues from the production of our oat drink is one of the most complex and perplexing issues that this company has faced.”

It went on, “Because we are a science-based company, the first place we tend to look for answers on how to solve challenges is, of course, science. This time, however, we found science alone could only provide partial answers.”

Unwilling to succumb to the challenge, the company took a different, more philosophical, approach.

It explained, “Instead, our meetings have been filled with philosophical discussions: How do we stay true to our overall objective of long-term systemic change by shifting consumption of animal-based food products to plant-based food products without having to make decisions along the way that conflict with our belief system?”

We don’t know anything about almonds or soy or low-fat cows. All we know is oats. How to grow them, harvest them and turn them into amazing, refreshing products that you can treat your body to. Of course we are modest in that Swedish way and would never brag, but if this post has you thinking, “These people are basically oat geniuses,” then cool.

The solution, Oatly claims, is to develop technology to turn oat residues into new products suitable for human consumers. Although this technology does not yet exist, the brand speculates that the “benefits would be game-changing.”

The statement also revealed news of a grant from Vinnova, a Swedish government agency that administers state funding for research and innovation. Oatly itself matched the initial grant, creating a total of SEK 3,455,000 – nearly £300,000 GBP – to develop two new food prototypes.

Currently, its production plant in Landskrona is powered by fossil-free energy sources – this source of power has lowered the greenhouse gas emissions of the drink significantly – per litre, they have dropped from 110g to 7g.

But building a biogas plant would take this one step further, “[this] would create a closed cyclical system providing far greater impact,” notes the brand, adding that within its Sustainability, Supply, and Innovation departments, work on this idea has already commenced.