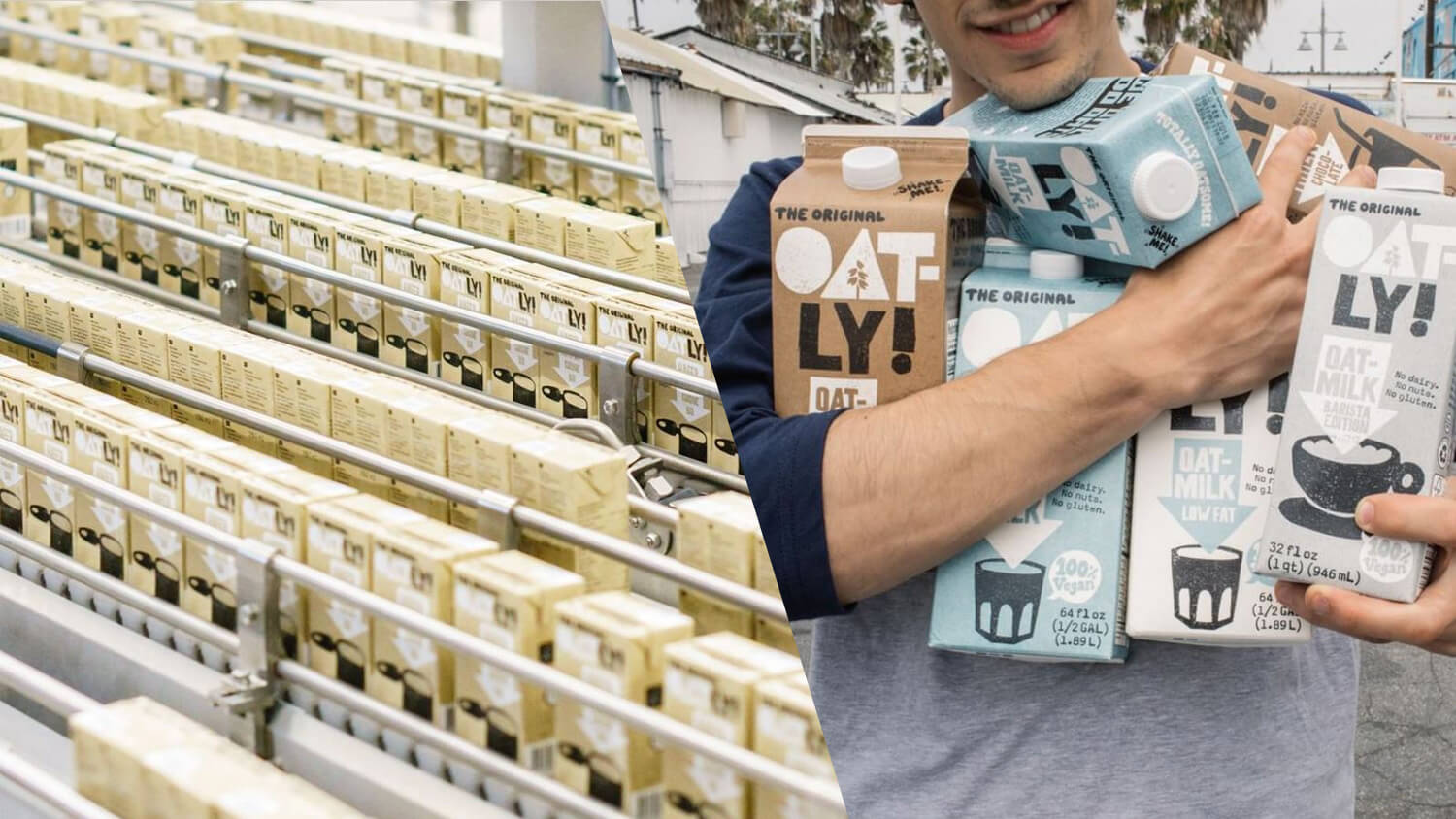 Vegan oat milk company Oatly is opening its first U.S. processing facility in a 19,000-square-foot space located in Millville, New Jersey. Local news source The Daily Journal reports that the new facility, which is currently under construction for expansion, will allow the Swedish brand to increase its North American production capacity eight-fold.

According to General Manager Mike Messersmith, the oats, which are cultivated in the Midwest and in Canada, will be shipped to the new production facility before they are turned into finished products.

Currently, in the U.S., Oatly offers five types of nondairy oat milk: Original, Low-Fat, Chocolate, Barista, and the recently-launched Mocha. However, on its U.S. website, the brand notes that its international products, which include vegan oat yogurt, oat cream, ice cream, dairy-free canned lattes, and creme fraiche, will be coming soon.

Messersmith added that the facility is only the beginning of growing Oatly’s presence in the U.S. market. “We hope that’s only the start. We want to continue growing our business,” he added.

Great news, kids! The second you become a grown-up, you’ll enjoy amazing new privileges like the freedom to gulp chocolate oat drink all day. If that sounds like a freedom you’ll want to exercise, just find a reusable straw and start practicing grown-up things to say between sips like, “Taxes!” and “I’m a grown-up, I can do what I want.”

the rise in demand for dairy-free

Oatly was founded in the 1990s based on Swedish research from Lund University and is now available in more than 20 countries. The company uses a patented process of milling, “enzyming” – which breaks the oat starch down to create a naturally sweet flavor – and separation to create its signature vegan oat milk base.

The company, which advertises itself as milk for the “post-milk generation” and in a more recent campaign in Rotterdam, as “milk but made for humans,” has seen a huge surge in demand recently. This is not only in the U.S. market, but also in Europe and the U.K.

Last January, an Oatly representative told LIVEKINDLY that it was working on long-term expansion solutions to meet the “massive demand” in the European market. In 2016, Oatly made its U.S. debut, where its popularity among consumers quickly led to shortages in grocery stores and coffee shops, as noted by Bloomberg.