Seven flavors of the plant-based ice cream will hit the shelves at bodegas throughout the city. The dairy-free treats will launch at Wegmans and Whole Foods this fall.

There will also be an oat-flavored pint which features “all the rich nuttiness that we’ve grown to need in our morning coffee (just think of it: an oat ice cream affogato).”

“But don’t get it twisted,” Refinery29 assured, “the Oat flavor is the only flavor that tastes like oat.” 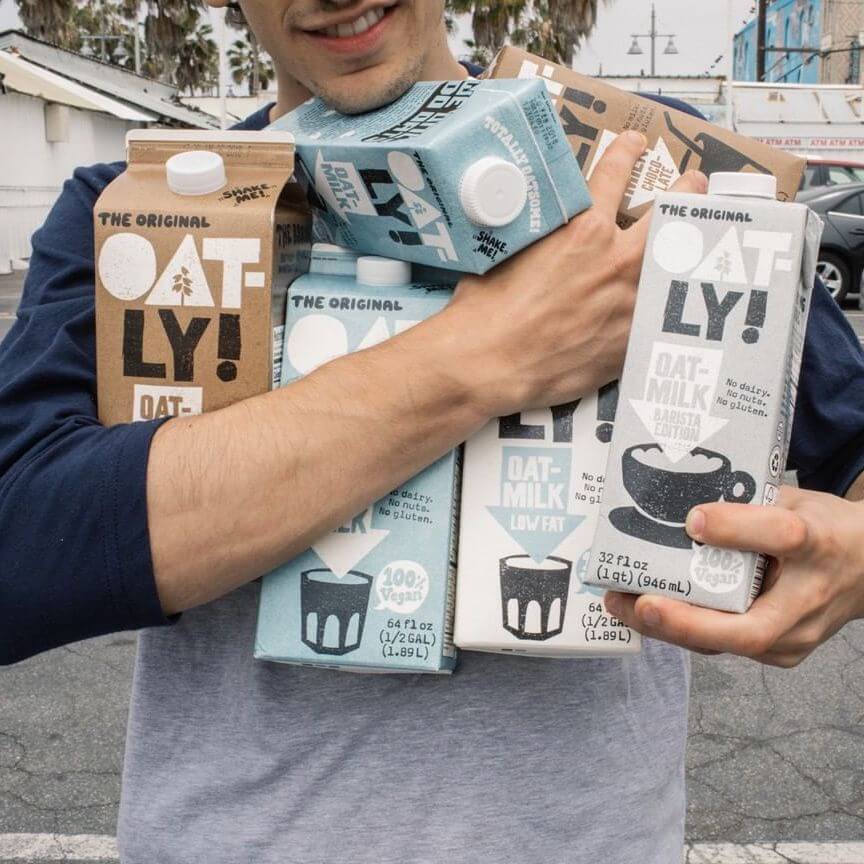 Before ice cream, Oatly won the hearts of many with its dairy-free oat milk. In April 2018, the beverage became so popular that America experienced oat milk shortages, forcing Oatly to increase manufacturing by 50 percent. Months prior, the vegan company announced it was experiencing “massive demand” in several European markets, causing Oatly to expand its manufacturing facilities overseas, too.

Oatly sold 71,482,745 liters of oat milk last year, according to a sustainability report. Based on the assumption that these purchases would have otherwise been cow’s milk, Oatly helped foster a 56,471-ton reduction in greenhouse gas emissions, the equivalent to driving around the world 11,478 times in a car.

Oatly could be the next vegan company to IPO, according to its chief executive. Earlier this year, plant-based meat brand Beyond Meat became the first vegan company to go public, resulting in the largest first-day IPO in nearly two decades.

A pint of Oatly’s vegan ice cream costs $5.99 and will be available at select stores throughout NYC.