By Briggitte Dix
Jump to recipe

If you’ve ever lived in the South you’ve probably heard of buckeyes. Buckeyes are smooth peanut butter mixed with powdered sugar and dipped in chocolate, YUM! These buckeye brownies use the same delicious ingredients but there’s a layer of chewy brownie on the bottom. This recipe uses a few hacks to save time and make it healthier — of course, if you want to go 100% homemade that’s totally up to you!

Using brownie mix makes this recipe super quick and easy. Pureed black beans take the place of oil and eggs, while giving them that perfect fudgy texture! Buckeyes traditionally use smooth peanut butter but you can definitely use crunchy peanut butter instead if you want to shake things up and add a little more texture!

Allergy Friendly Tip! If you or someone you know has a peanut or nut allergy you can definitely use sunflower butter or any other alternative nut butter in the place of peanut butter and the recipe will come out just as tasty! 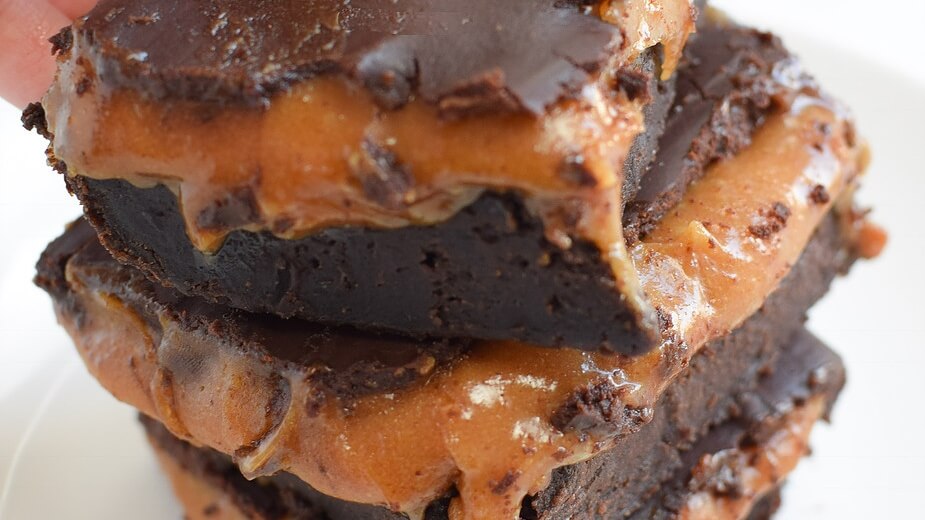 For the Brownie Layer:

For the Peanut Butter Layer:

For the Chocolate Layer:

This recipe was republished with permission from Vegan Guide to the Galaxy.