Making its Netflix debut just this week, I was excited to check it out after hearing many weeks of hype since its world premiere on May 19 at the Cannes Film Festival.

Viewing it with my perpetually angst-ridden little rescue pup, I think – as we so happen to share the kind of telepathic relationship Mija (played by the brilliant Ahn Seo-hyun) similarly enjoys with her pet superpig Okja – we’d both like to confirm that the fuss is absolutely well-merited.

Knowing he definitely appreciated the insane amount of extra cuddles he received throughout the film’s 120 minute heart-wrenching run time, I’m quite sure he’s ok with me being his spokesperson on this one! 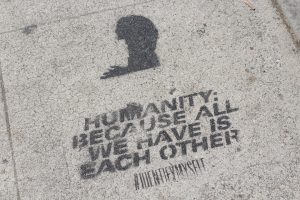 With director Bong Joon-ho reminding us of what it means to be a champion for our non-human counterparts, 13 year old orphan Mija’s all-out effort to save her genetically modified best friend from the slaughterhouse is a transformative story we should all take the time to see.

When Okja is reclaimed by the corporation she was initially created by in 2007, her idyllic life of blissfully wandering around the beautiful mountains of Seoul with Mija comes to an abrupt end with their vision to feed her, and the countless supersized rest they have reared, to the overpopulated earth’s hungry masses.

While this recall was always on the conglomerate’s cards – being the culmination of a 10 year plan to introduce the public to their future food source by means of a competition in New York – the whisking away of an unsuspecting Mija’s lifelong companion to crown as the winner of this charade sparks an uncontainable rage in her once she discovers Okja is gone.

Prompting her to immediately leave their hillside sanctuary, what follows is the most Herculean of efforts to relocate and restore her pal to the peaceful and symbiotic life they once knew. Marked by an equal measure of marvelous victories and epic losses, Mija’s journey is as buoyant as it is tragic, so be prepared!

One stand out scene, where the first of many Kleenex were reached for, was the Animal Liberation Front’s first attempt to get both Mija and Okja to safety, and away from the clutches of the company’s raging security staff in a crowded Seoul shopping mall. Sequenced to John Denver’s forever poignant “Annie’s Song,” the tune’s take-over of this entire clip makes the confrontation simply unforgettable. 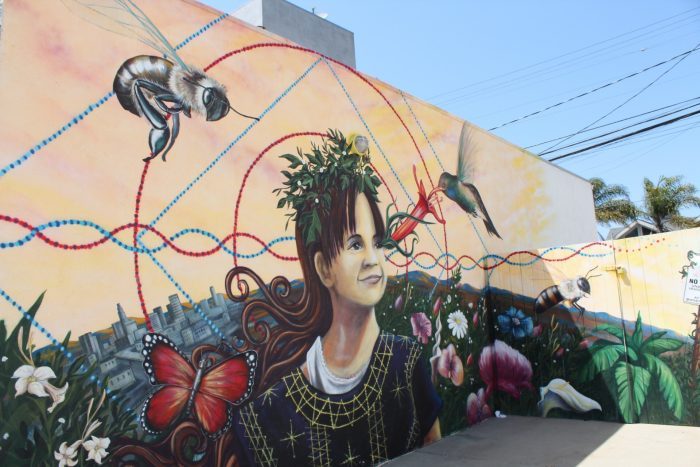 Another distressing episode, in which Okja is subjected to a number of unspeakable abuses by her captors pre Big Apple parade, will have you throwing your empty tissue box at the TV.

Watching it, I was reminded of a fairly recent, and super popular quote by The Minimalists…“Love people. Use things. The opposite never works.”

However, I think I would switch it up a little, removing the word “people” and reinserting the term “all creatures” instead. And, with this in mind, I think it’s the intention the film to show what the world could look like if such an ethos was fully embraced on a global scale.

But, with current environmental stresses dictating that we must adopt this principle wholesale sooner rather than later, we must use our voice to continue to bolster the presently burgeoning grassroots paradigm shift towards a whole-food plant-based diet – so that we can secure, for everyone’s sake, a happy ending.

But for now, does Mija get a happy ending? Well, on that, I’m keeping quiet!

As you may have already guessed, I would highly recommend this film. With a stellar cast including Tilda Swinton and Jake Gyllenhaal, and stellar storyline – what more could you possibly need?

Oh, I know, about 20 spare boxes of Kleenex, and 1 super fluffy, extremely understanding, little bichon to hold onto when times get tough!