Nova Scotia has its first-ever vegan cafe — in the back of a truck. But it’s not just any truck. It’s one with a history of serving the community. It started its life as a laundry truck for a hospital back in 1988; it was then repurposed as a rescue and gear van for a fire department, and now it’s enjoying its retirement as a vegan cafe called Frankie’s Espresso Bar.

Run by Adam Otmar and Jill Mulveney, the former firetruck travels around the Canadian maritime province, serving its sustainable plant-based food and drinks at farmers markets and events.

Both trained baristas, Otmar and Mulveney had been looking for a way to start their own cafe business for a while. “We’ve both been really interested in cafe culture and cafes that create ambience — it’s more about that than coffee in general. That feeling you get when you’re in a nice warm welcoming cafe,” Otmar told local news source The Coast. 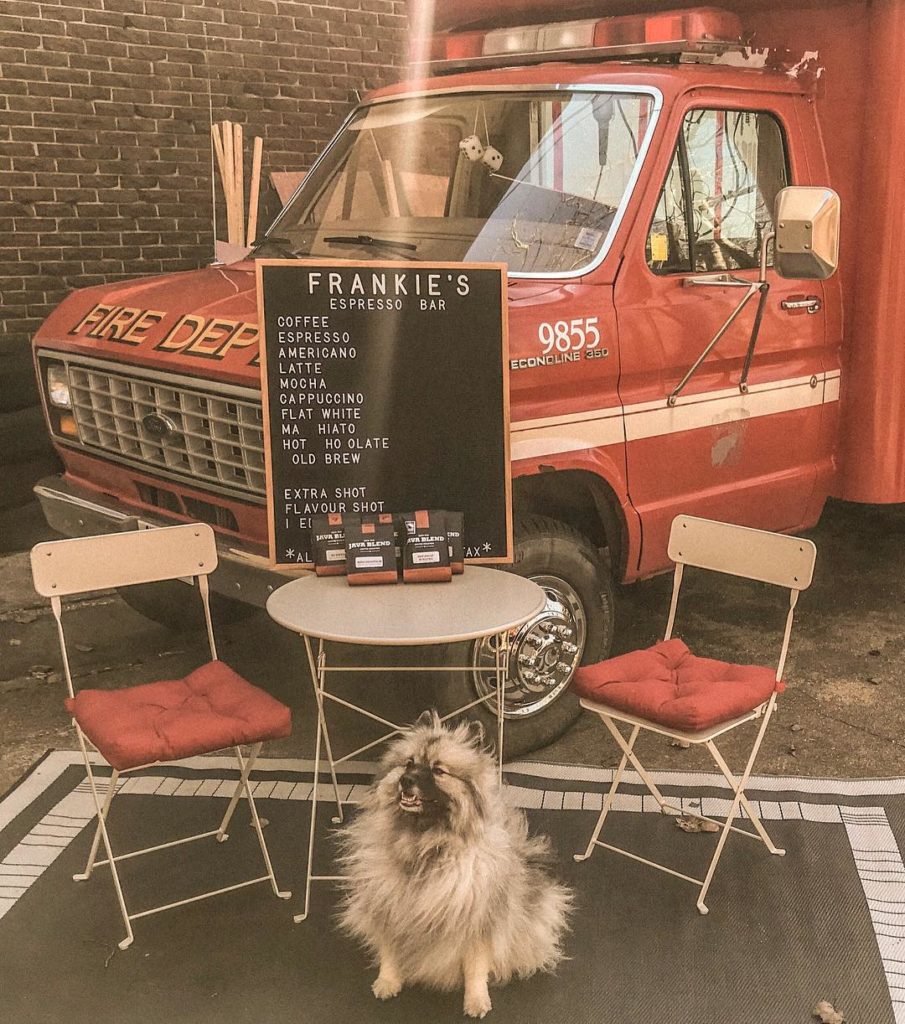 Mulveney and renovated the truck themselves. | Frankie’s Espresso Bar

“That’s the drive behind what we’re doing,” he continued. “Creating that atmosphere and ambience but in a more mobile setting.”

The duo designed and renovated the truck themselves, which features a bright, white interior, but keeps its signature firetruck-red on the outside. As well as dairy-free coffees, customers can order vegan doughnuts, cookies, and macaroons, which are hand-baked by Otmar and Mulveney.

“We try to eat as locally and consciously as we can,” explained Otmar. “But another thing we learned from working in coffee shops is the amount of dairy milk they go through in a day. We were off-put by it, it could be 20 to 30 liters of milk a day for a small cafe. We decided if we were to open something, we’d want to be different.”

Nova Scotia is becoming more vegan-friendly. In 2018, it got its first vegan butcher shop. Set up by one of the province’s best chefs Lauren Marshall — who previously competed on Top Chef Canada — Real Fake Meats creates ribs, bacon, turkey, and popcorn chicken, among other products, using entirely plant-based ingredients.

Across Canada, in general, consumers are ditching animal products in favor of plant-based foods. According to a study from the end of 2018, more than six million Canadians are consciously limiting their meat consumption.

In 2019, the government dropped dairy almost entirely from the country’s national nutrition guidelines. It also placed more of an emphasis on plant-based protein sources than its 2017 version.