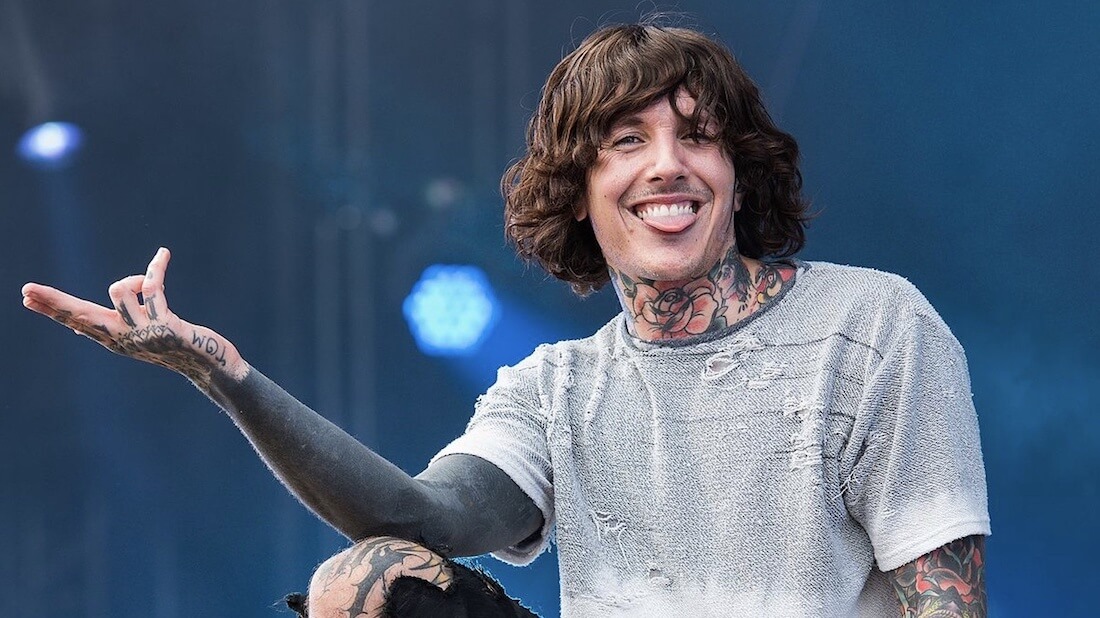 Vegan musician and frontman for the English rock band Bring Me the Horizon Oli Sykes has revealed that he plans to open a bar and gaming arcade in Sheffield. Named “Church,” Sykes promises that visitors to the vegan “barcade” can expect a “Temple of Fun.”

Music news website Kerrang reports that the 220-capacity barcade will feature “live music, vegan food, tattoos, retro gaming and South American religious iconography.” Sykes said he was inspired to open the bar after visiting a similar concept in Brazil. Food from local vegan purveyors Make No Bones will be served at an on-site cafe. All drinks will be vegan-friendly.

“Our building has incredible heritage and I wanted to develop a ‘barcade’ concept that truly celebrated and developed that legacy,” Sykes explained. Church will be setting up the new establishment in Osborn Works, a historical building designed by Victorian architect William John Hale. “We wanted something that fitted with William John Hale’s original and stunning design [of the building] but provided something to wow 21st–century customers. Our strapline is ‘Temple of Fun’ – we provide a whole experience.”

While Church does not appear to have any social media accounts just yet, the vegan barcade is set to open on July 6. This will be Sykes’s second Sheffield-based business venture, after the punk streetwear-inspired Drop Dead clothing line.

When it chainz it pours

A passionate vegan, Sykes has been vocal about both animal rights and his love of vegan food. In December 2015, he, along with Beyond the Horizon bandmates, teamed up with Sheffield-based restaurant Twisted Burger Company to create their very own vegan burger. Last November, Sykes told NME that Make No Bones, the restaurant that will provide food to Church customers, is one of his favorite vegan eateries in Sheffield. He praised them for their Kentucky fried tofu, which he described as “good soul food with a modern twist.” He also provided insider tips to the best vegan eats in the band’s hometown of Sheffield.

Additionally, Sykes and his bandmates have been working with animal rights organization PETA’s youth division, peta2 for years in order to raise awareness about veganism. In 2011, Bring Me the Horizon guitarist Jona Weinhofen starred in a horror-themed ad that read: “Flesh is for zombies. Think for yourself – don’t be a zombie. Go vegan!”