Ask the average consumer how much meat, dairy, and eggs they eat, and most will say “not very much.”

Per capita consumption of animals is higher than at any point in history in the United States, and yet most everyone says they don’t eat a lot of meat, dairy, and eggs.

Fifty-five billion animals are killed annually for human consumption. So, someone is eating all of those animals.

When it comes to eating animals, most people experience a bit of cognitive dissonance as we struggle to reconcile our compassion for animals with our habitual taste for their meat, milk, and eggs. Change is difficult and most people avoid it, and so rather than change our behavior, we instead change our perception of our behavior and of the animals we eat. We characterize our consumption of animal products as minimal; we declare that the animal products we do buy are “humane,” free-range,” and “sustainable” (thus exonerating us from causing any harm); and we couch our consumption in romantic terms — justifying it not merely on the grounds that it benefits us; but also on the rather spurious grounds that it benefits the animals we breed, use, and kill. Some common examples include:

Nature is cruel. A knife to the throat or a bullet in the head is merciful compared to how animals die in the wild.

By killing the animals ourselves, we’re sparing them a gruesome death by the claw and jaw of the carnivore.

“Humane slaughter” spares animals a slow death from disease, infection, or starvation.
If we didn’t breed animals, they wouldn’t be here. We give animals life.

Some breeds are going extinct. We need to eat them to save them.

A History of Eating Animals

The desire to justify our consumption of animals is not new. For as long as we’ve been eating them, we’ve been devising rituals and making excuses in order to assuage our guilt, as theologian William Paley knew even in the mid-1700s when he observed, “Some excuse seems necessary for the pain and loss which we occasion [other] animals by restraining them of their liberty, mutilating their bodies, and, at last putting an end to their lives, for our pleasure or convenience.”

Benjamin Franklin said something similar in his Autobiography in 1789: “So convenient a thing it is to be a reasonable Creature, since it enables one to find or make a Reason for every thing one has a mind to do.” As Franklin understood, we humans are quite adept at finding ways to justify our behavior, especially when it is either unnecessary or ethically questionable. And when it comes to eating animals, as Franklin eloquently illustrates, we do a pretty good job of rationalizing and romanticizing this habit.

And alas, in the spring of 2006 with the publication of Michael Pollan’s book The Omnivore’s Dilemma, these excuses became elevated to such a degree that you’d think the animals themselves gave their blessing. Using exalted lyrical language, Pollan turned pig slaughter into poetry and likened the consumption of animals’ bodies to a spiritual transcendence. A spoonful of sugar helps the medicine go down, they say, and Pollan’s text is awash in all manner of sweeteners.

Those who sought liberation from a nagging conscience now had their messiah. Pollan became canonized, “ethical ranchers” and “compassionate carnivores” became idolized, and not eating animals at all — a principled and logical response to the violence inherent in turning animated beings into butchered bodies — became perceived as a naïve ideal. In a passage in which he reflects upon having killed a pig not because he was hungry for sustenance but because he was “hungry for the experience,” Pollan writes that he “pities” the vegetarian, ironically asserting that “dreams of innocence are just that; they usually depend on a denial of reality that can be its own form of hubris.”

Staging an imagined argument between himself and Animal Liberation author, Peter Singer, Pollan created the impression that he was examining his beliefs, though this is undermined by his admission that he was always going to include animals on the menu of the final foraged meal he serves as part of his narrative journey. For all the media attention he receives for advocating a whole-foods diet comprising “mostly plants,” Pollan said precious little in his book about any plant-based meals he may have enjoyed but instead described in spiritual terms his animal-based repasts and his killing of a pig “a gift.”

Pollan is not alone. With a determination that belies an irrational attachment to animal flesh and fluids, many otherwise sensible people spend a great deal of time and energy extolling the human history of eating and domesticating animals. Using lyrical and exalted language, they wax poetic about the virtues of animal husbandry and glorify the prehistoric hunter-gatherer, who, according to mounting anthropological evidence, was more likely a gatherer-hunter.

These are all variations on a theme that says it’s better to die cradled in the arms of a knife-wielding human rather than clutched in the jaws of a lion or some other natural predator. The problem with this justification — other than being just that — is that it is an utterly fictitious dichotomy. It creates an evil straw man (straw lion?) out of our carnivorous animals in order to position humans as noble saviors of prey animals, which is not even close to what happens in reality. For the (land and aquatic) animals we farm, which are the majority of the animals we eat, we artificially bring them into the world only to kill them. We’re not taking vegetarian animals from the wild in an effort to save them from the “ferocious” predator. We give domesticated animals life for the purpose of ending it.

It’s not compassion that compels us to kill them; it’s why we breed them in the first place.

But what of the animals we don’t farm but rather hunt and kill in the wild? Surely a single shot in the head is more humane than a mountain lion ripping your throat out. Is that why hunters hunt? To protect the deer from the wolf? Is that why Michael Pollan shot a wild pig? Because he wanted to save her? I don’t believe that for a second. Although many hunters seem to suggest that the animals they kill should thank them for giving them a “good death,” these are convenient afterthoughts born in the safety of distant reflection.

Dreams of innocence…usually depend on a denial of reality that can be its own form of hubris.

The reality is that millions and millions of people eat billions and billions of animals for the gustatory pleasure it brings — not for any imagined good it does the animals. Though habits and taste buds lack the loftiness of sacrifice and ritual, it is indeed the former that compels us to eat animals and the latter that serve as retrospective salvos. The reality is we don’t eat animals to save them from predators or to protect them from the cruelties of nature. We don’t breed, confine, restrain, impregnate, milk, exploit, domesticate, kill, and eat animals as a favor to them. We eat animals — arbitrarily choosing the species-appropriate to our culture’s customs — because our palates have become acclimated to their fat and flesh. We eat them because that’s what we were taught. And the degree to which we disguise, rationalize, romanticize, and ritualize the consumption of animal flesh and fluids belies our discomfort with it.

Colleen Patrick-Goudreau is an author whose topics include animal agriculture, animal protection, and plant-based eating. She has written seven books, is a regular contributor to National Public Radio and LiveKindly, and has published letters and commentaries in The New York Times, The Economist, and The Christian Science Monitor. For more information, visit www.JoyfulVegan.com.

[Editor’s note: This article was edited on December 30, 2019 to accurately reflect the number of animals killed every year for food. It’s 55 billion globally, not ten billion.] 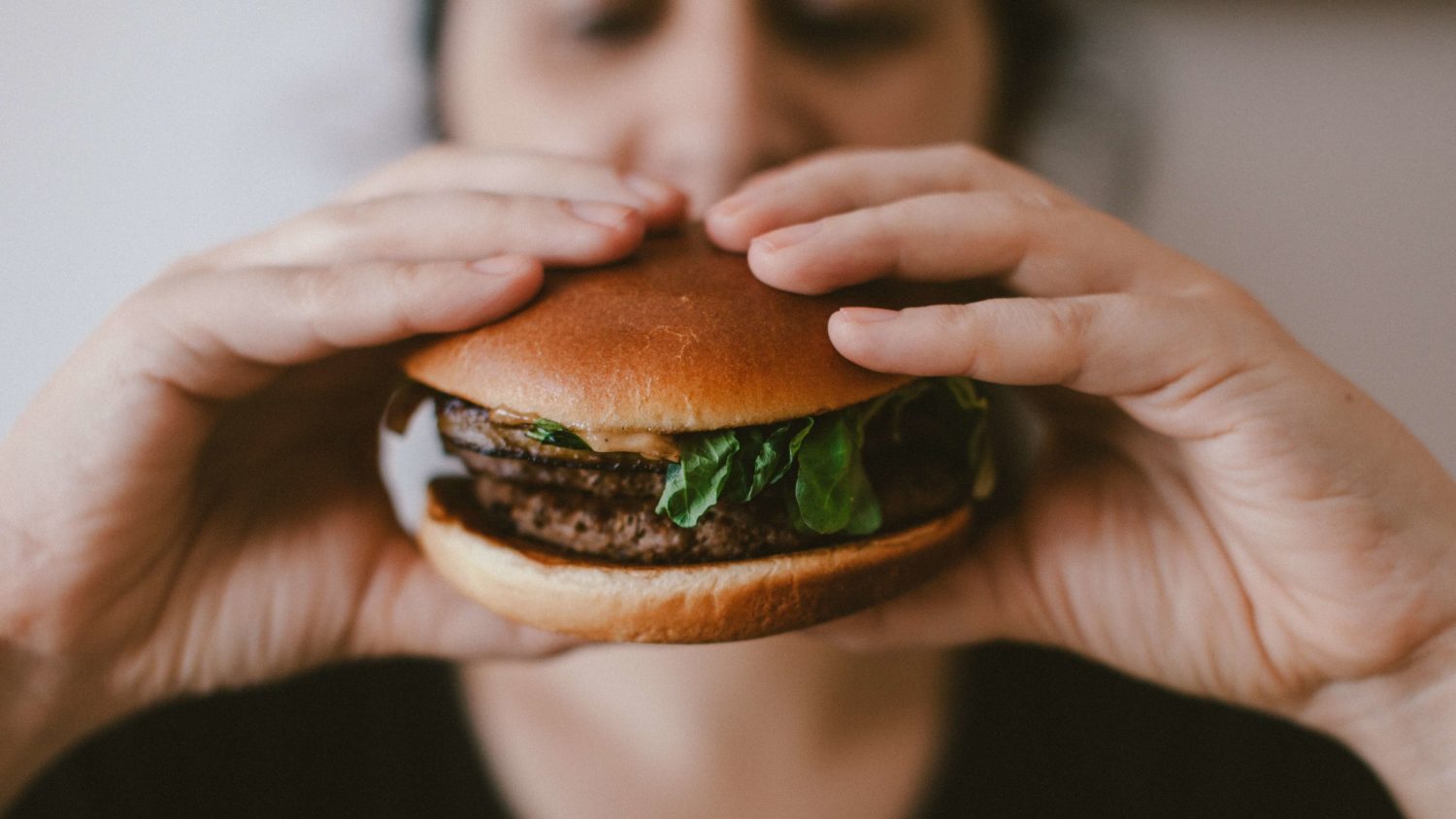 Article Name
Is the Omnivore's Dilemma Actually a Delusion?
Description
Why do people eat meat? Is being an omnivore a dilemma, like author Michael Pollan suggested? Or is it a delusion about the sentience of animals?
Author
Colleen Patrick-Goudreau
Publisher Name
LIVEKINDLY
Publisher Logo

Article Name
Is the Omnivore's Dilemma Actually a Delusion?
Description
Why do people eat meat? Is being an omnivore a dilemma, like author Michael Pollan suggested? Or is it a delusion about the sentience of animals?
Author
Colleen Patrick-Goudreau
Publisher Name
LIVEKINDLY
Publisher Logo