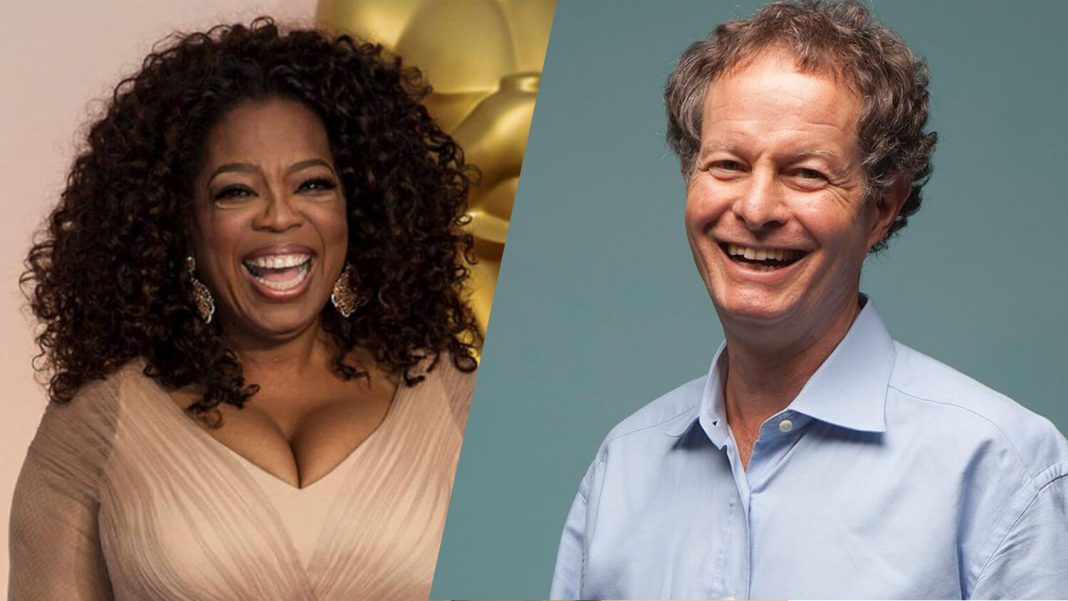 Along with her wildly popular talk show “The Oprah Winfrey Show,” Winfrey has a project called SuperSoul, a collection of her favorite interviews that aim to “light you up,” help listeners navigate “life’s big questions,” and “bring you one step closer to your best self.”

An interview between Winfrey and Mackey appeared on SuperSoul for a segment called Conscious Capitalism, which explores the way capitalism can interlink with consciousness and mindfulness, as well as the creativity and love involved in operating a billion-dollar business.

The Whole Foods vision began in the mind of a young Mackey, who went vegetarian whilst living in a meat-free co-op. It was at this time that his “passion for food was ignited,” he noted, “My food consciousness really got awakened.”

From its humble beginnings and Mackey’s simple desire to “sell people healthy food,” the business leader’s journey to owning one of the largest supermarket brands in the world was not as conventionally entrepreneurial as some may think.

“To be conscious is to be more aware,” Mackey said to Winfrey in the interview. “To engage in conscious capitalism is to understand the purpose of business – beyond just making money.”

He noted that providing leadership and helping people to feel fulfilled in the workplace is part of this journey, saying, “Business can be this incredible force for good.”

“I would say if you are the leader of an organization, you have an ethical responsibility to grow as a human being, to become more conscious,” Mackey said. “Because only as you do that, will your organization be able to evolve too. Otherwise you’re holding it back.”

He admitted that initially, he felt he was holding Whole Foods back due to his focus on the intellectual and approaching the company model with an all-business mind. “At some point I realized, unless I’m willing to engage and open my heart – the company so much wants my love – unless I’m willing to open that, Whole Foods is not going to achieve its potential,” he said. Winfrey praised this, pointing out that the notion is “so counterintuitive to what we’ve been trained in our society about what business is.”

The pair also spoke about the intertwining of business and spirituality. Mackey said that his “spiritual growth has accelerated as a result of Whole Foods, no question.”

Meditation, hiking, yoga, and practicing being present in the moment are ways that the Whole Foods entrepreneur allows his spiritual mind to work best, and find one’s “higher purpose.”

According to Mackey, there are questions we must ask ourselves to discover our life’s meaning. “What do we care most about? What gets us most excited? What are we passionate about?” he said. “What do we dream about?”

Mackey’s best-selling book, “Conscious Capitalism: Liberating the Heroic Spirit of Business,” mentions the word “love” more than 140 times, Winfrey pointed out. Mackey explained that many perceive love to be “weak” and “idealistic soft stuff,” especially in the business world. But these views are “way out of date,” he said.

“We live in this far more complex world of relationships, and teamwork, and community, and family. And love is what unites communities together,” he explained.

It’s a vital part of being a great businessperson, he suggested, adding that entrepreneurs are simply “highly creative dreamers, who then don’t just dream, they go make their dreams happen… They’re dream creators.”

“Some people see problems, an entrepreneur sees opportunities,” he added.

The pair closed the interview by discussing life lessons that Mackey has learned or is still learning. “The lesson that I’m containing to learn: we have a wake. We are powerful beings, Oprah… We ripple out into this world in ways that we’re not conscious of,” he said.

Because of this, humans have “such a responsibility,” Mackey commented. He said that part of his ongoing lesson is to be kind, gentle, and to not cause harm to others.