Dunk it, twist and lick, slather with peanut butter…there are endless ways to eat an Oreo, and everyone has their preference. The cookie has taken on numerous variations over the years, from double-stuffed to minis, vanilla, and mint-flavored. Now, the company has allowed their customer’s minds to run wild, asking the consumer to pick the next Oreo flavor. After thousands of submissions, Oreo has whittled down the flavors to three finalists – Kettle Corn, Cherry Cola, and Pina Colada. 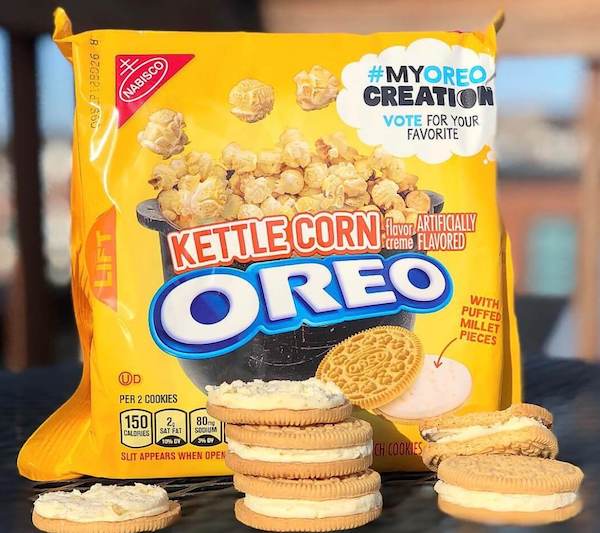 The three inventive flavors are all vegan, and they are now available in stores. All three were submitted by presumedly avid Oreo fans as part of the My Oreo Creation Contest, which encouraged people to submit their ideas for the next great Oreo flavor. Although these finalists may seem wild enough, the submissions were full of “creative” ideas, according to the company. Unicorn, Upside-Down Cake, and Avocado were all potential flavor suggestions. Perhaps a chocolate avocado mousse Oreo?! We’ll save that idea for next year’s contest.

In a press release, an Oreo representative explained, “After receiving hundreds of thousands of creative and innovative flavor submissions from OREO super-fans around the country, Oreo meticulously tested, tasted, and reviewed the #MyOreoCreation submissions, narrowing it down to three deliciously creative flavors.” The company announced the three winners in December 2017, and just debuted the three unique flavors in stores yesterday. Fans will have until June 30 to purchase and vote for their favorite flavor. 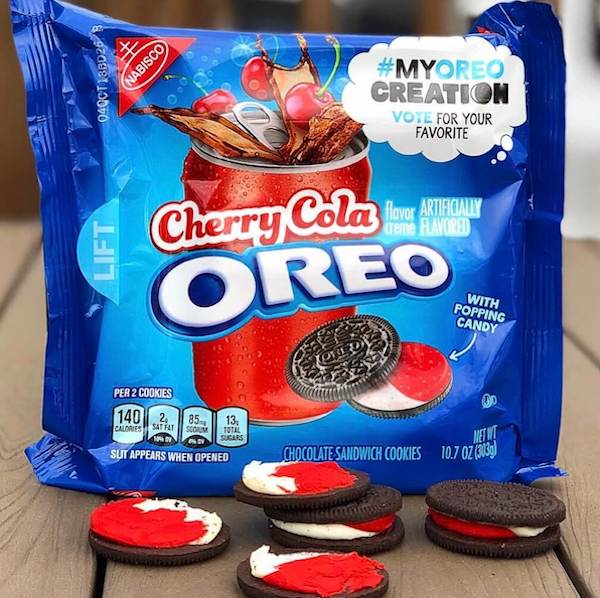 So what does a Cherry Cola Oreo entail, anyway? Two classic chocolate cookies are sandwiched together with a half vanilla, half cherry-flavored filling, which is infused with cherry cola-flavored popping candy. These candy bits make it pop and fizz, just like cherry soda. The Kettle Korn Oreos feature two golden Oreos sandwiched together by a slightly buttery, kettle corn-flavored filling studded with tiny pieces of puffed millet, replicating the texture of kettle corn. PopSugar, a pop culture news source, claimed, “Whoever thought of this genius combination deserves a freaking James Beard Award.” The source also remarked, “It smells like you’re at the fair!” Finally, the Pina Colada Oreo, which comes in a “thin” form, features two Golden Oreos filled with a strong pineapple and coconut-flavored “creme.” Although all fillings are called cremes, all are completely plant-based and vegan-friendly. 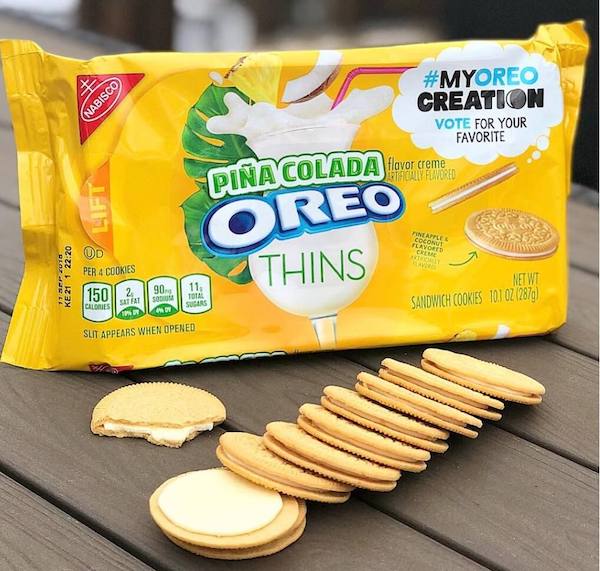 As much as we love a classic Oreo, we’re intrigued by these new flavors. Perhaps we’ll find a new favorite in the Kettle Corn variety, or use the Pina Colada in place of graham crackers for a vegan key lime pie or cheesecake.