The 36-year-old family-run company says its new burger is a “breakthrough” product made from certified organic beans and seeds. It’s free from GMOs, artificial ingredients, and preservatives.

“It’s a burger made with plants, not with science,” Danny Goodman, Product Development, Don Lee Farms, said in a statement. “As people choose to consume less meat, they expect a burger alternative to be made with simple, wholesome and recognizable ingredients. This is the burger for them. This product is another example of what our team develops by focusing on each ingredient’s purpose. Because we crafted this burger from organic and responsible sources, it’s truly the only sustainable replacement for a raw beef burger.” 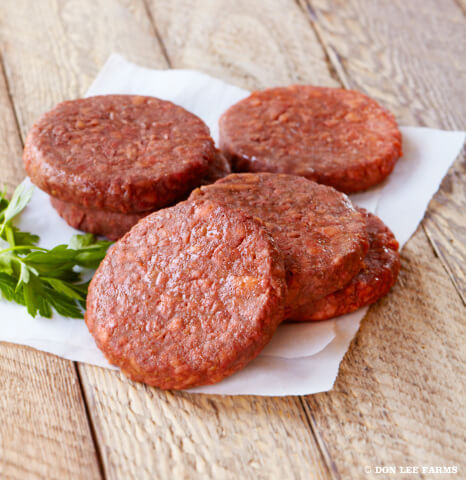 “We have been a supplier of plant-based proteins for many years, and as the leading manufacturer of organic veggie burgers in the country, we are excited to introduce another plant-based burger,” Donald Goodman, President of Don Lee Farms said in a statement. “Our customers are looking for an alternative to a raw beef burger and we responded with a healthier approach — making a burger with organic plants. We challenge everyone to look at the ingredients found in other plant-based raw burgers currently being sold, you would be surprised.”