The actor recently uploaded an Instagram Story of a picture of the Impossible Whopper sign at Burger King. He captioned the post, “a road trip must.” Bloom was on his way to a camping trip in California’s Joshua Tree National Park.

Burger King rolled out the Impossible Whopper nationwide earlier this year, after a successful trial period in Missouri.

Bloom isn’t alone in his love for the Impossible Burger. His fiancée Katy Perry is an investor in the brand. She loves the burger so much, she even dressed up as one for the 2019 Met Gala, and then again for an appearance in Taylor Swift’s music video for her single “You Need to Calm Down.”

A rumored vegetarian, Bloom encourages Perry to eat more vegan food. She explained to Entertainment Tonight, “he’s always trying to get me to go hike, or do yoga or eat vegan.” 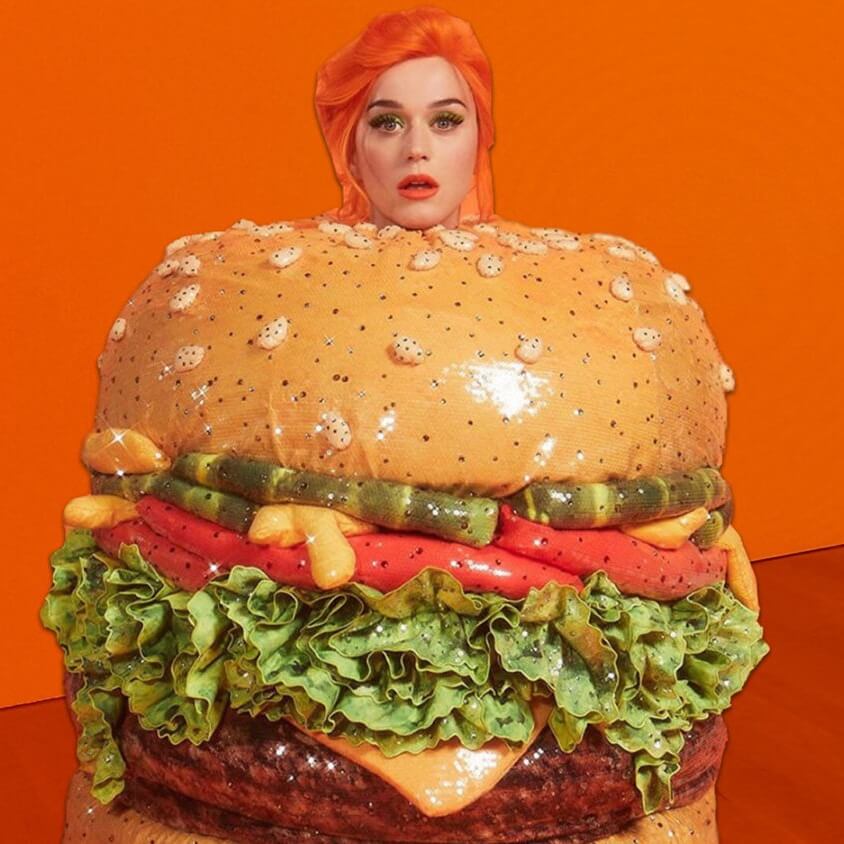 A number of celebrities have invested in Impossible Foods, including Ruby Rose, Jay-Z, Trevor Noah, Will.i.am, Serena Williams, and Jaden Smith. Smith has worked with the brand since 2017. He helped launch a trio of Impossible Burgers at restaurant chain Umami Burger.

He said in 2017, “from the first time I tasted the Impossible Burger, I knew I wanted to be part of the positive change that Umami and Impossible Foods were creating.” He added, “They are at the forefront of food and technology and continue to move into the future of plant-based diets. I’m excited to celebrate this social impact and bring the youth with me.”

Rose has used the burger to try and convince her friends to eat more plant-based foods. In a piece for Byrdie, Nina Dobrev revealed that she was considering going vegan after hanging out with Rose and trying foods like the Impossible Burger.

Hip hop group the Wu-Tang Clan are also fans of the vegan patty. Last year, they worked with fast-food chain White Castle to promote its launch of the Impossible Slider.