On the heels of his appearance at the Los Angeles Animal Save Pig Vigil just hours after winning the Screen Actors Guild Best Actor award for his role in “Joker,” another high-profile awards season event is going vegan thanks to Joaquin Phoenix.

Per the Hollywood Reporter, the party is going vegan “in support” of Phoenix and his anticipated Oscar victory.

LA’s vegan restaurant and cocktail bar, Nic’s on Beverly is catering the event. The restaurant’s founder, Nic Adler, is also behind vegan burger chain Monty’s Good Burger, the Eat Drink Vegan festival, and the culinary director for Goldenvoice, the company behind Coachella. “Honored to be a part of this incredible change that is happening in our world. Thank you WME for being a leader,” Adler wrote on Instagram.

Phoenix is nominated for the “Best Actor” Oscar for his role in Todd Philips’ “Joker.”

Other guests expected at the event include Best Director Oscar nominees Martin Scorsese, Bong Joon Ho, and Quentin Tarantino, as well as Charlize Theron, Jonathan Pryce, and Florence Pugh. The party will be held at a private residence on February 7. 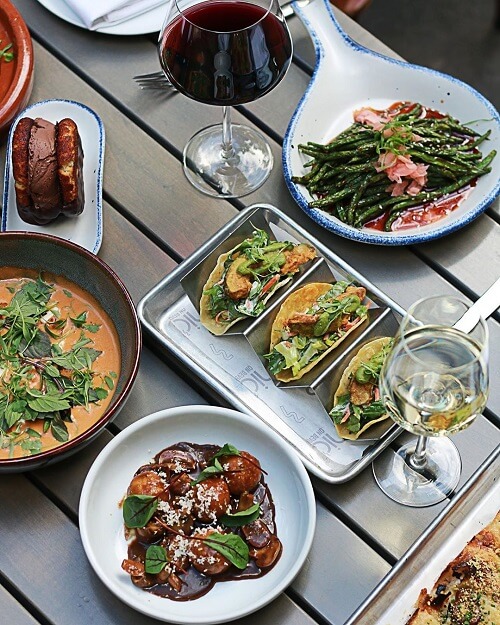 Nic’s on Beverly will cater the event. | @sielbuet

The 2020 awards circuit kicked off earlier this month with the Golden Globes, which made a last-minute switch to a plant-based menu in the name of sustainability.

“The climate crisis is surrounding us and we were thinking about the new year and the new decade. So we started talking between us about what we can do to send a signal,” Hollywood Foreign Press Association (HFPA) president Lorenzo Soria said in a statement.

Phoenix, an animal rights activist and longtime vegan, won the award for Best Actor at the Golden Globes.

“First, I’d like to thank the Hollywood Foreign Press for recognizing and acknowledging the link between animal agriculture and climate change,” he said in his acceptance speech. He added that the vegan menu “really sends a powerful message.”

The “Joker” star and his fiancée Rooney Mara championed the change. Other awards shows followed in the HFPA’s lead. The Critics’ Choice Awards and the Screen Actors Guild Awards also served plant-based menus. Phoenix won the award for best actor at both shows.

The 92nd Academy Awards will air on February 9 at 8 pm EST on ABC.