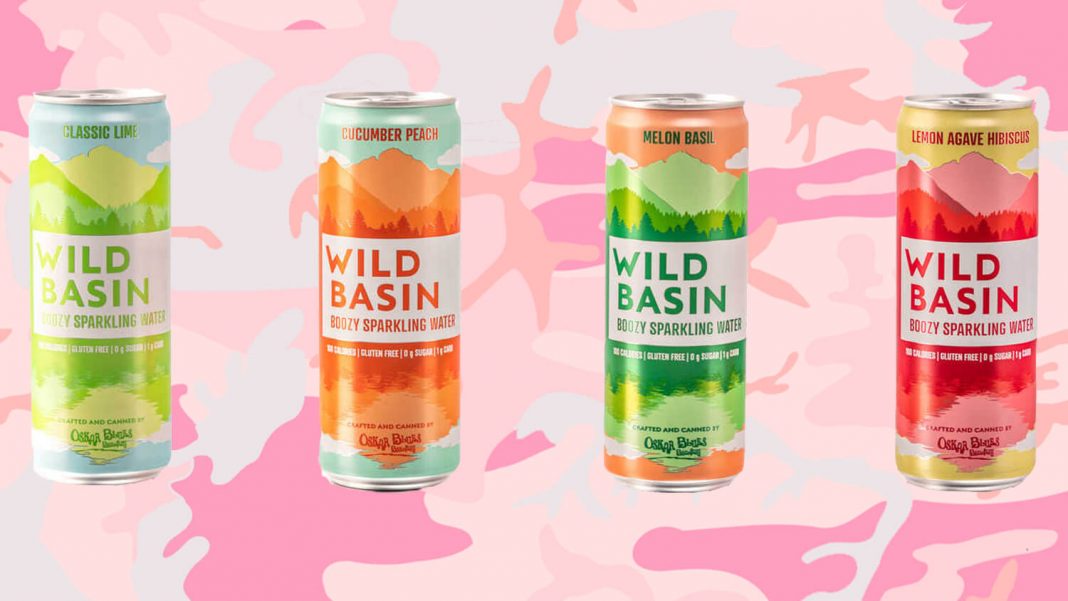 Available in flavors Classic Lime, Cucumber Peach, Melon Basil, and Lemon Agave Hibiscus, the new boozy low-calorie cans are based on the popular sparkling water made by LaCroix. According to Thrillist, on average, the soft beverage is consumed three times a day by U.S. office workers.

The publication notes that whilst Wild Basin is not beer, the process to make the beverage is similar, created with fermented cane sugar instead of malted barley. The finished product contains 100 calories, one gram of carbohydrates, and no sugar whatsoever.

Thrillist conducted a taste test of the sparkling LaCroix-style beverages, declaring the Melon Basil and Cucumber Peach as the winners.

“Amazing. There are background cucumber notes, but this is primarily a refreshing peach sparkling drink,” the publication said of the Cucumber Peach. “It tastes like a hint of cucumber and a basket of peaches, but it’s not overly sweet. This has transported me to summertime, and not a frigid 29 degrees on a Tuesday night in January.”

We’re comin at ya with a little something new for this #thirstythursday. Our boozy sparkling water, Wild Basin, just hit the shelves in Colorado and North Carolina and should be available nationwide by the end of May. If you’ve had it already, help everyone out and let us know what your favorite flavor is below! – @wildbasinboozywater #wildbasin #keeprunningwild #boozywater #spikedseltzer #hardwater #oskarbluesbrewery

Like many other ethical and environmentally-friendly products, the demand for vegan-friendly booze is being driven by Millennials.

Last Spring, GlobalData conducted a study focused on beer in particular. It concluded that Millennials were becoming increasingly conscious of the health impact of what they drink and opting for vegan low-calorie beer; the group are also concerned about the ethical and environmental consequences of their consumer habits.

“Millennials are careful about what they eat and drink and as a result, are making conscious decisions to take better care of themselves, including when it comes to alcohol,” said GlobalData’s consumer analyst Aleksandrina Yotova in a statement in May.

“Vegan is also increasingly trending. The fact that major brewers like Guinness have committed to 100 percent vegan-friendly beverages in recent years also suggests this trend will expand hugely in the future,” she added.

Wild Basin is currently available in Colorado and North Carolina and will be available across the U.S. by the end of May 2019.