Choosing vegan options to put in your grocery basket usually doesn’t come at the expense of animals. After all, vegan products like dairy-free butter, milk, and cheese do not contain any actual dairy, so animals can’t possibly be harmed in the process of making them—right? It turns out the answer is a lot more complicated. And that comes down to one highly controversial ingredient: palm oil.

No, palm oil doesn’t come from animals. But it’s a contributing factor to the death and endangerment of millions of animals. The production of palm oil—a type of vegetable oil derived from the fruit of oil palm trees—is also destroying the world’s rainforests.

But Milkadamia is one vegan company that is churning out nut-based dairy products including creamers, buttery spreads, and milk—all without the use of palm oil.

“Against the might of the palm oil industry, we are not at all significant. But despite that—and despite how few likeminded people we may encounter—we choose not to use palm oil or purchase products containing palm oil,” explained Milkadamia’s CEO, Jim Richards. 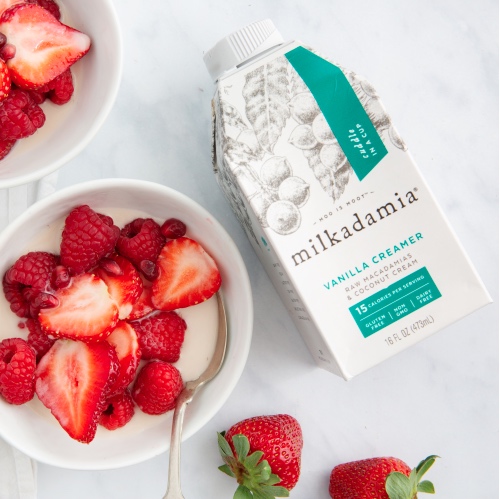 Where Does Palm Oil Come From?

According to the World Wildlife Fund (WWF)—around 90 percent of the world’s oil palm trees are grown on islands located in Indonesia and Malaysia. These islands contain some of the most biodiverse tropical rainforests on the planet.

Approximately 54 million metric tons of palm oil are produced each year. About 50 percent of all consumer goods used in the U.S. contain palm oil. These items include food products like chocolate, vegan butter, and baked goods. A number of personal care items like toothpaste and cosmetics, as well as household products like laundry detergent, contain palm oil. 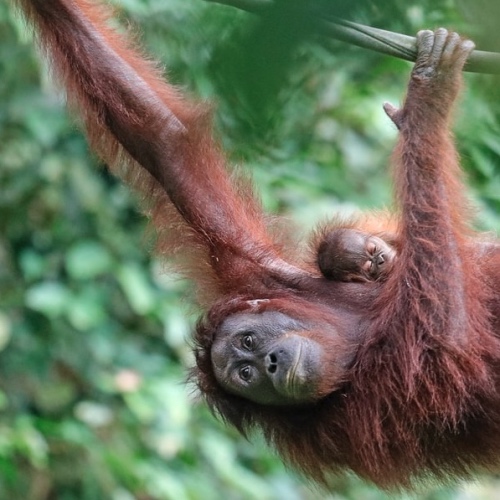 Palm Oil, Animals, and the Environment

In order to make room for palm oil plantations, tropical rainforests are commonly slashed and burned.

Approximately 300 soccer fields worth of rainforest are destroyed every hour. Given the rate of destruction, experts predict that 98 percent of Indonesia’s rainforests will be eradicated by 2022.

“The wholesale clearing and burning of tropical forests for palm oil plantations is an eco-obscenity.  That the destruction is accelerating at this stage of our planet’s history, [is astonishing],” Milkadamia’s CEO explained.

Richards added: “Palm-oil is not a necessity of life. Tropical forests, which are the lungs of the world, are increasingly precious and vital. It is disheartening [that] the palm-oil industry is predicting a fourfold increase in demand. [This] represents many millions of additional acres of tropical forest and tropical peat forest [that must be] burned to make way for palm oil plantations.”

According to the International Union for Conservation of Nature (IUCN) Red List of Threatened Species—which analyzes the global conservation status of biological species—the production of palm oil affects nearly 200 threatened species. Approximately 64 percent of all threatened birds and 54 percent of all threatened mammals are impacted by the oil palm industry around the world. This is due to the loss of habitat and environmental destruction caused by clear-cutting and burning.

The production of palm oil has played a major role in the decline of orangutans, elephants, and tigers.

In the Riau province of Sumatra, Indonesia, oil palm plantations have caused high rates of deforestation. As a result, the number of elephants has declined by 80 percent in less than 25 years, according to WWF. The Sumatran tiger is also listed as critically endangered by the IUCN Red List, due in part, to habitat loss caused by the oil palm industry.

And while some companies tout their products as containing sustainable palm oil—Milkadamia’s CMO, Christina Downey, says that option is not always better for the environment.

“Every hour we lose the equivalent of 300 football fields of tropical rainforest to palm plantations. This holds true on sustainable plantations. According to a recent Purdue University study, forest loss is just over 101,000 acres per year and in places where sustainable practices are supposedly required,” she explained.

She continued: “Over 38 percent of the land is deforested versus only 34 percent where no such requirement exists. Tropical rainforests are the lungs of our planet. Simply put, palm oil production scars our earth and impedes our breath.” 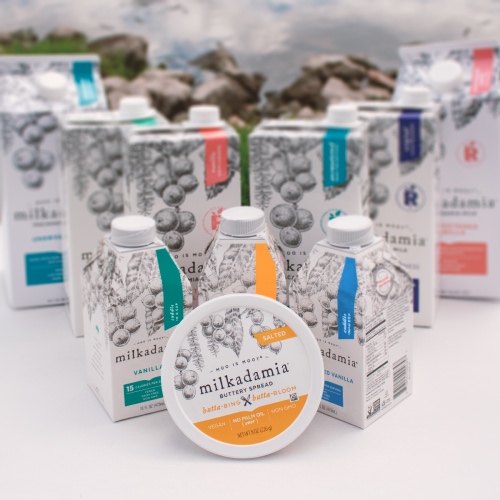 Trees are natural carbon sinks. They absorb and store carbon dioxide. But, trees release carbon dioxide into the atmosphere when farmers cut or burn them down. As the oil palm industry expands, palm oil emissions have steadily increased. This has contributed to climate change.

For every one hectare of rainforest land converted into oil palm plantations, approximately 174 tons of carbon dioxide are released into the air.

In order to support sustainable farming practices, Milkadamia advocates for regenerative farming methods. Regenerative agriculture helps to reverse climate change by drawing carbon dioxide from the atmosphere into the soil.

“If 20 percent of the currently cultivated land globally was farmed regeneratively we will store enough carbon to halt and then reverse the deadly buildup [of carbon] in our skies,” said Richards.

Milkadamia is working to contribute to that 20 percent. The company uses low impact, regenerative farming techniques to grow its macadamia trees. It makes its macadamia milk, creamers, and buttery spread, which are non-GMO, from the finest, raw macadamia nuts.

“Why [are we] non-dairy? [And] promote regenerative farming? Why never use palm oil when 50 percent of products do? Because, even in an increasingly fraught era for our hand-me-down, but amazing planet, we believe steadfastly in our collective ability to increase the [Earth’s] beauty,” said Richards.

A number of supermarkets and retail stores sell Milkadamia’s products. These include Target, Gelson’s Market, and Whole Foods.

Click here to visit Milkadamia’s website. Use the discount code 20LIVEKINDLY to get 20 percent off your next purchase.