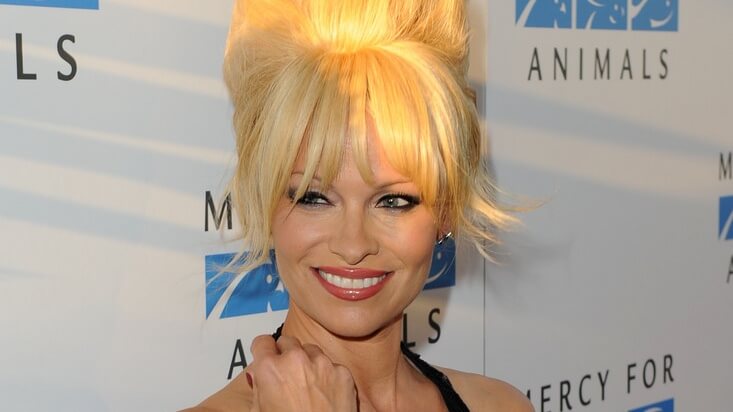 Actor and longtime animal rights activist Pamela Anderson took to Twitter over the weekend to urge her followers to stop using plastic after she received vegan takeout lunch in a plastic bag.

“We need to use what we have – and consume no more plastic,” she wrote. “The plastic take away container even if full of vegan food is still not good enough.”

In a comment following the initial post, Anderson said she had “already failed” in her own effort to stop using plastic, citing beauty products, toothbrush, shampoo, blow dryer, “it’s everywhere,” she said. “Î’ve only just started my day,” using the hashtag #beaware to call her followers attention to the issue.

Anderson joins a growing number of celebrities taking a stand against single-use plastic. In May, vegan musician Moby urged fellow celebrities including former President Barack Obama to give up plastic water bottles.

In June, for World Environment Day, celebrities including actors James Cromwell, William Shatner, and Barbara Hershey, model Gisele Bündchen, and conservationist and primatologist Dr. Jane Goodall, all pledged to give up single-use plastics.

Plastic pollution has become a significant threat to the world’s oceans and marine life. Films such as Chris Jordan’s recently released “Albatross” highlight the immense threat plastic poses to marine life, including seabirds like the albatross. Fish, birds, and other marine animals often consume plastic they mistake for food. Or, they eat other animals who consumed plastic.

An estimated 5 to 13 million metric tons of plastic enter the ocean every year, with most of it coming from communities within 30 miles of shorelines. Recent data suggested there may be more plastic in the ocean than fish by 2050.

Seattle just became the first major U.S. city to ban single-use plastic straws. McDonald’s says it’s replacing plastic straws at its restaurants starting in the UK, and a growing number of global campaigns aim to reduce plastic straw use. In the U.S. alone more than 500 million plastic straws are thrown away every day.