The former “Baywatch” star recently spoke to LA Times about her activism, the importance of being herself, and some of her upcoming product launches. Anderson said that her new line will launch in Galleries Lafeyette, an upscale French department store.

The 51-year-old activist added that shes working with small groups and artists for the new launch. “The artists are the freedom fighters of the world,” Anderson explained. “That’s why I love to do it. If I have to do a fundraiser, I’d rather be with artists.”

Anderson first got into the vegan shoe business in October 2015 with “Pammies,” a range of eco-friendly boots inspired by Uggs. The site is no longer active.

Anderson is a longtime vegan whose charity, the Pamela Anderson Foundation, has been around for 20 years. She’s proud of the influence she’s had on world leaders, such as convincing Russian president Vladimir Putin to cancel seal hunts. The foundation is currently working on getting seats in the European Parliament, but Anderson also feels inspired by the next generation.

“I love to see the emerging of young, really forward-thinking people that are trying to change the E.U. and create democracy in Europe,” she said.

Her foundation recently introduced a program called Tenure, where Anderson will pay the salary of 10 activists for a year, including those fighting for animal rights. “Even though activists are getting a bad name and certain governments are afraid of them and investigative journalism, we have to really support the people that are sticking their necks out,” she said.

Anderson added that her foundation is currently campaigning against various issues in France, from animal circuses to parks like Marineland and SeaWorld. She believes that veganism is critical to her activism and creating a better world: “[I]t’s all connected to the environment and water and poverty and world hunger. There are so many good things about it. You’re really making a statement if you’re vegan.”

Not Caring What Others Think

When asked if she believes people struggle with taking her seriously because of her past work, Anderson revealed that she’s had pushback from fellow activists on how she dresses.

But she isn’t deterred: “And I say, ‘No, I am who I am.’ Sorry. I don’t want to apologize every day or have to explain to people that I can form a full sentence or give my track record.”

Anderson added that she also reaches unexpected audiences. Speaking to The Guardian in September 2018, she revealed that she convinced Kim Kardashian to stop wearing fur. The reality star went on to reveal that she swapped her fur coats for vegan versions.

Andreson has not revealed the launch date for her new vegan shoe range and champagne will launch. 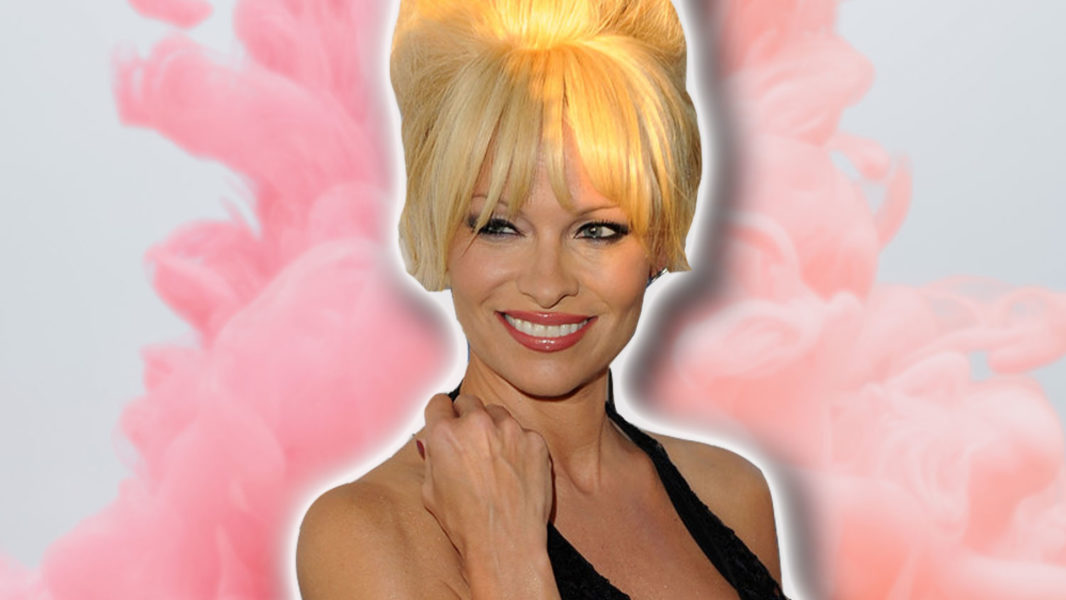