The world’s most trafficked mammal, the pangolin, may finally have a safe place to call home. According to Associated Press, The Ichikowitz Family Foundation has acquired land near Johannesburg for the construction of a Pangalorium, a research and medical center for pangolins that would offer some respite for the hunted animals.

Traffic, an organization that monitors wildlife trade, claims that up to one million pangolins have fallen victim to poaching within the last decade. This staggering number makes them the most trafficked mammal in the world by a considerable margin. The scaly animals who feast on ants and termites with their long tongues are hunted for their unusual scales made of keratin (also found in rhino horns and human fingernails). This substance, although there is no scientific proof, has been said to have various health benefits, including improved kidney function, asthma treatment, and helping new mothers to breastfeed. Increasingly, pangolins are also being consumed as a delicacy or treated as a trophy item among tourist hunting safaris. Beyond poachers, these animals are also under threat from the heavy deforestation of their natural habitats. 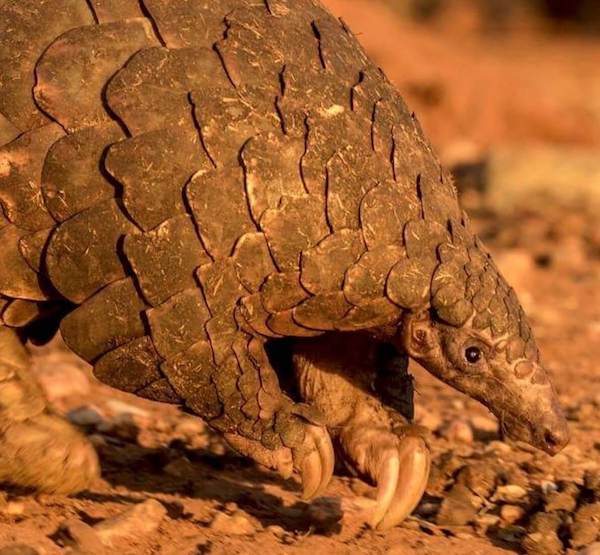 There are eight species of pangolins, and all are under varying degrees of vulnerability according to the list of endangered species. The commercial trade of all eight species is prohibited, yet the animals are still under attack. The four species native to Asia have been nearly wiped out; therefore, poachers have turned to Africa where the remaining four species reside.

According to the African Pangolin Working Group, 47 tons of African pangolin scales were seized from illegal trafficking operations in 2017 alone. This amounts to double the quantity seized in the previous year. However, the trade of these scales is nothing new, and in fact, has a long history. In 1820, King George III of England was presented with a suit of armor made from pangolin scales.

This illegal industry in South Africa has prompted plans for a rehabilitation center for sick or rescued pangolins. The center will be financed by the Ichikowitz Family Foundation, a foundation committed to using its financial and human resources in its fight against poaching and protecting Africa’s vanishing wildlife.