Papa John’s UK is launching a vegan version of its popular breakfast sausage pizza. The Heinz baked beans-topped pizza is available as a limited-edition option over the upcoming May bank holiday weekend.

The announcement follows the “overwhelming response” to the meat-and-cheese-topped Breakfast Pizza released during the last bank holiday weekend. The vegan version is topped with typical ingredients from an English cooked breakfast, including Heinz baked beans in place of tomato sauce.

He said: “After such great enthusiasm for the Breakfast Pizza over the last bank holiday, we’re excited to bring it back alongside our version made for vegan customers.”

“So, whether you’re into bacon or beans, this is a must-try this bank holiday weekend,” added Codd. “Especially if you were unable to get your hands on it last time!” 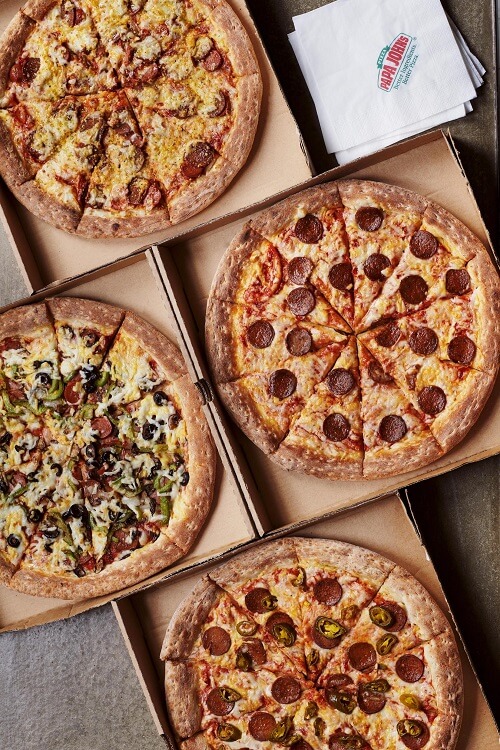 The new dishes included Jackfruit Pepperoni, American Hot Jackfruit, Sausage and Pepperoni, and the Vegan Works. The latter including both vegan sausage and jackfruit pepperoni, along with portobello mushrooms, green peppers, onions, and black olives.

At the time, Papa John’s Chief Vegan Officer Clare Every said that the chain expected all “new additions to the menu to be a huge hit with pizza lovers across the nation.”

“With recipe innovation at the core of the brand, and more people than ever adopting a vegan lifestyle, the latest launches are only just the beginning,” they added. “With lots more exciting and innovative dishes launching later in the year.”

Papa John’s limited-edition Vegan Breakfast Pizza is available from the 21 – 25th May 2020 nationwide.