Pizza chain Papa John’s is set to launch a vegan menu in all of its 350 outlets across the UK, Vegan Food and Living reports.

Veg-curious customers will be able to enjoy three vegan pizzas with dairy-free “Sheese” from plant-based dairy brand Bute Island: the classic Vegan Sheese and Tomato, the fresh Garden Party With Sheese, and the spicy Hot Pepper Passion With Vegan Sheese.

Papa Johns’ popular Marmite and Cheese Scrolls will also be available as a vegan option.

The menu updates make Papa John’s the first national pizza delivery chain in the UK to offer dairy-free cheese at all of its locations, according to Dawn Carr, PETA’s Director of Vegan Corporate Projects. “We applaud Papa John’s… for meeting the surging demand for vegan options and giving everyone the chance to enjoy the food they love. This truly is a game changer,” Carr said.

PETA, the largest animal rights organization in the world, “worked closely” with the pizza chain to help bring its vegan vision to life. 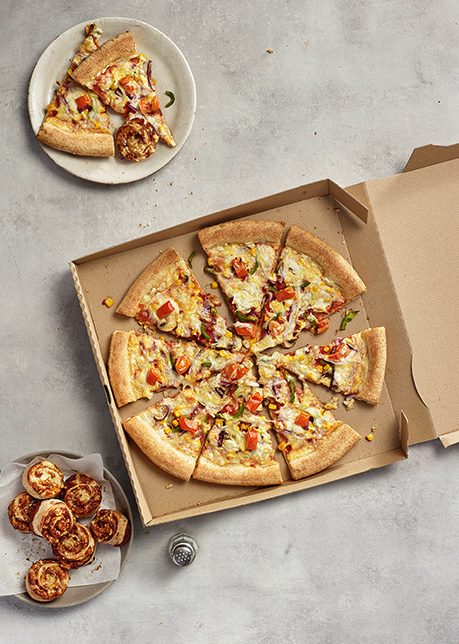 “Papa John’s is committed to delivering BETTER INGREDIENTS, BETTER PIZZA and we’re excited to expand our menu so those with plant-based diets or dietary restrictions can enjoy it too,” Liz Williams, Managing Director at Papa John’s, said in a statement.

According to Williams, PETA helped the Papa John’s team develop its recipes, enabling them to put forward “the best vegan products.” She added that they “expect that the new additions will be a huge hit.”

The news follows a recent online petition, which asked the chain for dairy-free cheese. The petition garnered nearly 30,000 signatures and shortly after, Papa John’s confirmed it was hoping to launch a vegan option in the “not-so-distant” future.

The petition, led by animal rights organization Animal Aid and magazine Vegan Food UK, was launched towards the end of 2018. According to the organizations, Papa John’s was lagging behind other pizza chains in the UK like Pizza Hut, Zizzi, and Pizza Express which had all launched vegan cheese options.

“We are thrilled to see that Papa John’s has reacted positively to our petition and that they are looking to introduce a vegan cheese alternative very soon,” said Tod Bradbury, the campaign manager for Animal Aid. “We thank them for taking our comments and those of almost 30,000 others on board.”

As consumer demand for plant-based options rises – according to a recent study, three million Brits will ditch meat, dairy, and eggs this year – a number of restaurant chains across the UK have recently announced the launch of new vegan options, including Frankie & Benny’s, Harvester, and TGI Fridays.

“By adding vegan cheese to their menu, Papa John’s will be showing that they are up to date with the fast-growing vegan movement,” continued Bradbury.

“They will appeal to a much wider audience – be they vegans, those wanting to try vegan food or indeed those who have allergies to dairy products,” he added. “We hope that Papa John’s decision not only has a positive effect on their sales, but also encourages other pizza chains and restaurants who have not yet introduced a vegan cheese to do so.”