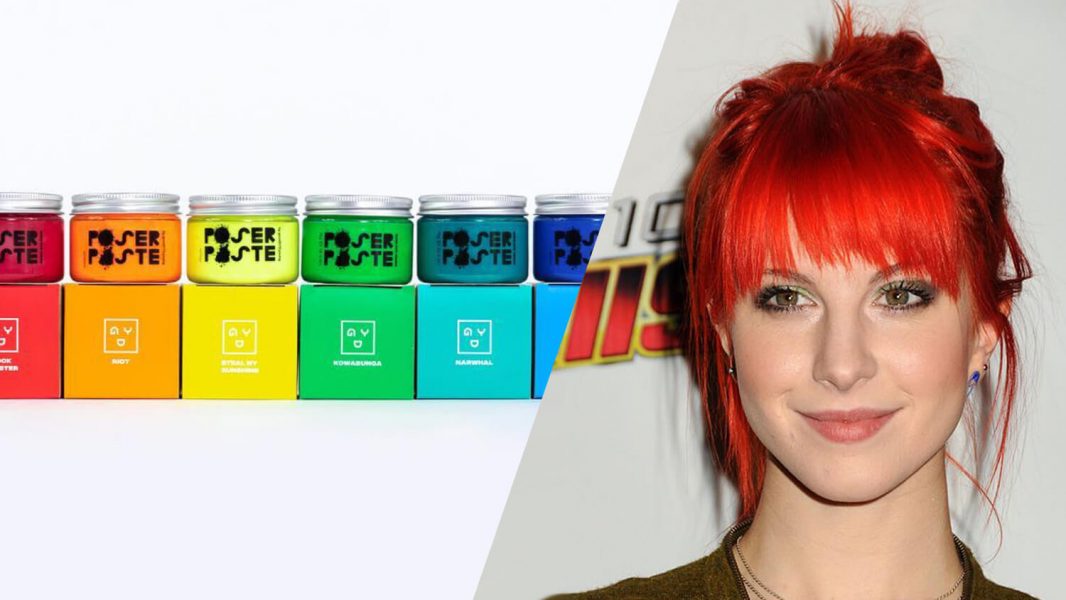 Paramore singer Hayley Williams’ vibrantly dyed hair was the subject of envy for many in the early-to-mid 2000s, the era where pop-punk music reigned supreme. So it came as no surprise to anyone when the musician announced the launch of her own hair dye line, Good Dye Young, in March 2016. Now the semi-permanent, vegan and cruelty-free hair color brand is heading to Sephora’s online shop in both the U.S. and Canada.

Williams took to Twitter last week to announce the official Sephora launch.“Listen, i know im emotional every day but I AM EMOTIONAL today. get @gooddyeyoung on http://Sephora.com  starting 10/2 – tell your friends,” she wrote.

Good Dye Young features a wide range of vibrant, cruelty-free and vegan semi-permanent colors that wash out with time. Colors include Narwhal, a bright, icy teal; Kowabunga, a 90s-esque neon green; the hot pink Ex-Girl, and others. The dyes are made from a cream base, include bergamot oil, and are free from ammonia, formaldehyde, peroxide, and paraphenylenediamine (PPD). The launch includes the brand’s new “Poser Paste,” a line of eight bright colors that wash out with shampoo.

“I’m such a huge fan of how Sephora champions up-and-coming beauty brands; it’s a dream to have their support behind us. Together, we will empower our community to see hair as a canvas for self-expression,” Williams said in a statement.

The demand for cruelty-free and vegan beauty is fast-growing, driven by a new wave of conscious consumers that are more discerning about what they shop for. According to a report released earlier this summer by Grand View Research, the global vegan cosmetics market is expected to reach $12.9 billion by 2025, fueled by a growing awareness of potentially harmful chemical ingredients and concern for animal welfare. According to global marketing firm Mintel, the change in customer shopping habits has led to a 175 percent increase in vegan cosmetics launches between July 2013 to June 2018.

Good Dye Young is now available at Sephora online in the U.S. and Canada.