A new study by Maple Leaf Foods — a major Canadian packaged meat company — revealed that 34 percent of parents feel guilty about feeding their children “foods they enjoy,” like hot dogs. According to a press release, 24 percent felt they were being judged for doing so.

Nearly half of the parents interviewed said that news stories made them feel pressured to make healthier choices for their children. Fifty-four percent said that pressure came from social media, and 29 percent said they felt other parents were putting them under pressure. 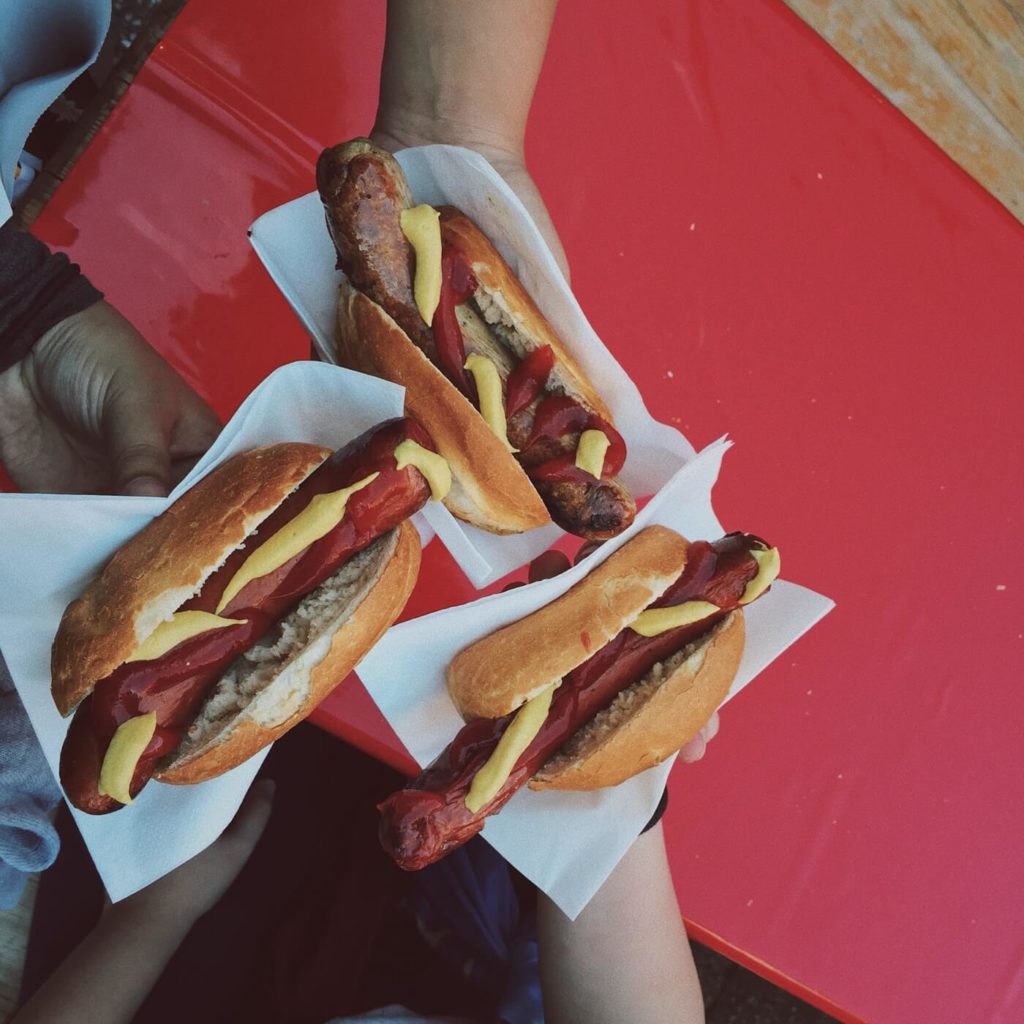 Are hot dogs safe to eat?

Last year, the Santa Barabara Unified School District (SBUSD) became the first school district in the U.S. to ban processed meat. Nancy Weiss — SBUSD’s food service director — said in a statement at the time, “it’s the right thing to do to ensure that our students are getting the highest-quality food. There’s no room for carcinogens on the lunch line.”

Maple Leaf Foods believes the answer for concerned parents lies in consuming its Natural Top Dogs, instead of ordinary processed hot dogs. “Natural Top Dogs are a convenient and nutritious choice that will satisfy hungry kids,” it says in a statement.

Is Non-Processed Meat Safe to Consume?

According to world-renowned breast surgeon Dr. Kristi Funk — who has worked with celebrities, including Angelina Jolie –, animal products are harmful to human bodies, full stop.

Meat production also has a detrimental impact on the environment, causing deforestation and emitting huge amounts of greenhouse gases into the atmosphere.

Can You Buy Vegan Hot Dogs?

Parents don’t have to stop feeding their kids hot dogs altogether. A number of brands offer vegan hot dogs, made with plant-based ingredients. Many vegan hot dogs taste just like the real deal, so kids may not even notice the difference.

Tofurky offers protein-packed Jumbo Hot Dogs, made with pea protein and tofu. Field Roast has a wide range of vegan sausage options available, and Lightlife, Beyond Meat, and Loma Linda also offer plant-based hot dogs. If you’re heading to Ikea, the vegan dog is even cheaper than the meat option.