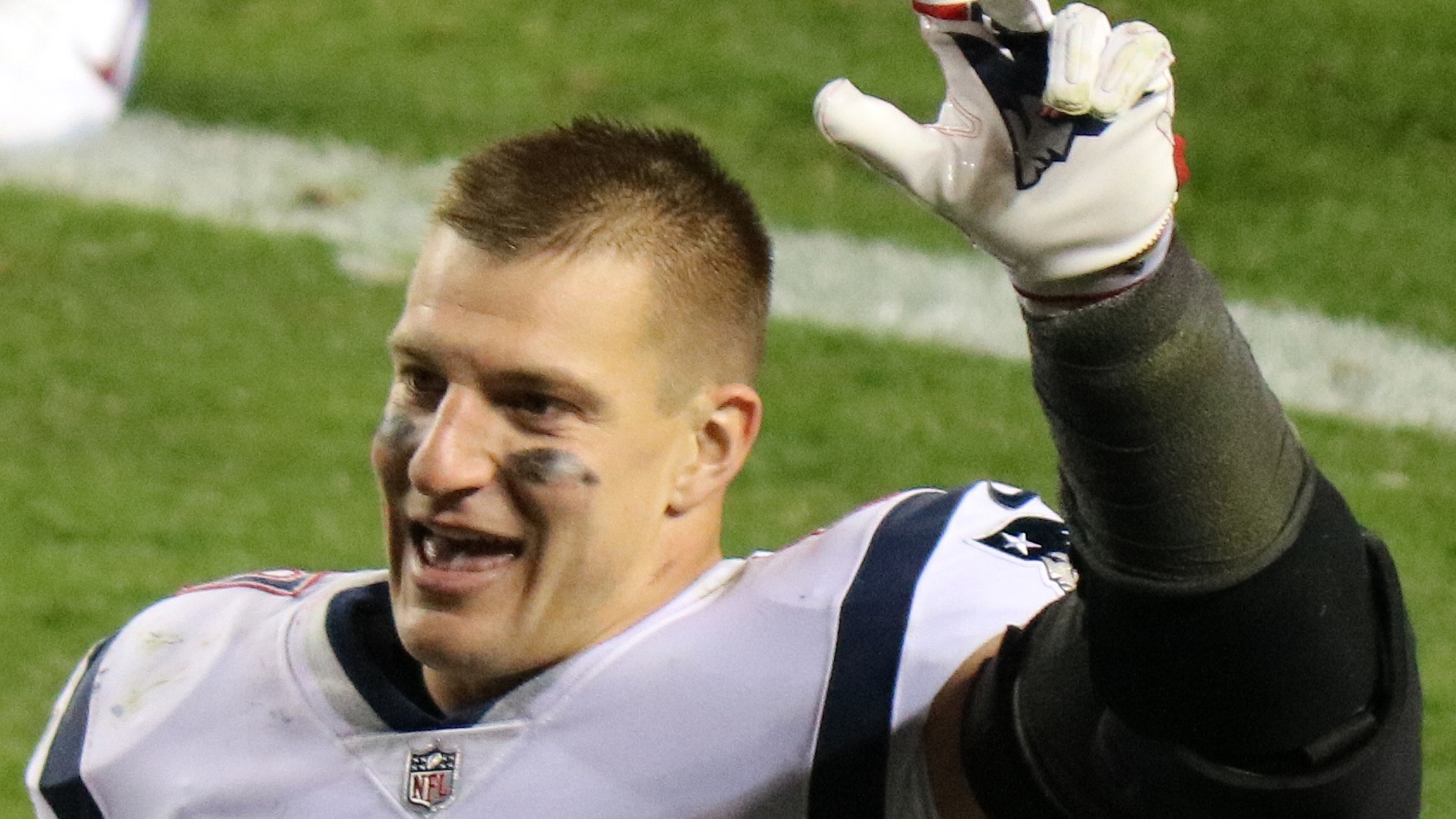 New England Patriots tight end Rob Gronkowski may go down in the history books as one of the best to ever play the game. The 29-year old is the first tight end to score 17 receiving touchdowns in a season as well as landing the most receiving yards by a tight end in a season. The two-time Super Bowl winner is also the NFL’s first tight end to lead the league in receiving touchdowns. But “Gronk,” as he’s often called by his fans and teammates, may also set another record: one of a few of the league’s best players who also happen to follow a predominantly plant-based diet.

Just like Gronkowski can credit his receiving yards and touchdowns to passes thrown by the Patriots quarterback Tom Brady, so too can he credit his recent diet shift. Brady eats a mostly vegan diet. Last year he partnered with popular vegan meal kit program Purple Carrot on a vegan high protein meal track under his TB12 brand. Gronkowski gave it a go, says Business Insider, and he’s still going.

“Just learning from [Brady], and how to take care of your body is just a great process,” Gronkowski said. “It’s unreal to learn from him.”

Gronkowski has been “eating like Brady” for the better part of a year now.

“I’m not super, super crazy, but I’m pretty crazy about [his diet],” Gronkowski said. “I like to go with mostly plant-based diet. I’d say about 75% and then the other 25%, just keeping it clean but eating whatever. Always making sure I get my fruits and veggies in every day.”

A growing number of high-performing athletes are making the switch to a plant-forward diet; 23-time Grand Slam winning tennis star Serena Williams made it back to the U.S. Open finals this summer with a vegan diet after the recent birth of her daughter. The recently-turned vegan Formula One driver Lewis Hamilton is on his way to another World Championship just off a win at the Japan Grand Prix, his sixth victory out of seven recent races.

Filmmakers James Cameron and Louis Psihoyos are currently working on a documentary, “The Game Changers,” that explores the success of elite power athletes including Olympians and bodybuilders on a vegan diet.

But despite the shifting landscape of athletic performance diets, American football players have been famously pro-meat. Credit goes in part to machismo mentality rampant in the sport. But part of it is that, particularly in the U.S., misconceptions about protein needs abound, and they have athletes receiving conflicting information. With major multi-million dollar contracts at stake, players can’t risk the (negative) impact a poorly planned diet shift may have on their performance. So, while many may be eager to seek out different protein sources such as those favored by Brady, many are simply too scared or surrounded by coaches and trainers too uninformed to help.

“Brady and [his trainer Alex Guerrero’s] methods have driven a bit of a wedge within the Patriots in recent years,” Business Insider notes. “ESPN reported last season that some players felt confused about whether to follow Brady and Guerrero’s advice or the Patriots.'”

But for Gronkowski–and Brady, who, at 41, is leading the team to another winning record so far this season  — the mostly vegan diet has had a significant impact on performance. Gronkowski says that it’s helped him recover after recent injuries.