Lisa Simpson is still vegetarian because of Paul McCartney.

According to “The Simpsons” creators, the former Beatle agreed to guest star in the popular animated sitcom under one condition: Lisa remained vegetarian for the duration of the show’s run.

David Mirkin—a showrunner at the time and fellow vegetarian—told the Radio Times that even now, McCartney still checks Lisa is meat-free when they bump into each other. “He always checks,” he said. “And he’s always surrounded by nine or ten lawyers so it’s quite frightening.”

McCartney appeared on the show back in 1995, alongside his late wife Linda McCartney. The episode, titled “Lisa the Vegetarian,” saw the eldest Simpson daughter bond with a lamb at a petting zoo. She then decides to stop eating meat, helped along by Kwik-E-Mart shopkeeper Apu and the McCartneys.

Linda—who was passionate about animal rights—told Entertainment Weekly that the episode gave them a chance to talk about vegetarianism with a wider audience.

Yeardley Smith—the voice of Lisa—explained in the recent Radio Times interview: “Lisa is a really effective way of getting a sophisticated and adult message across.” 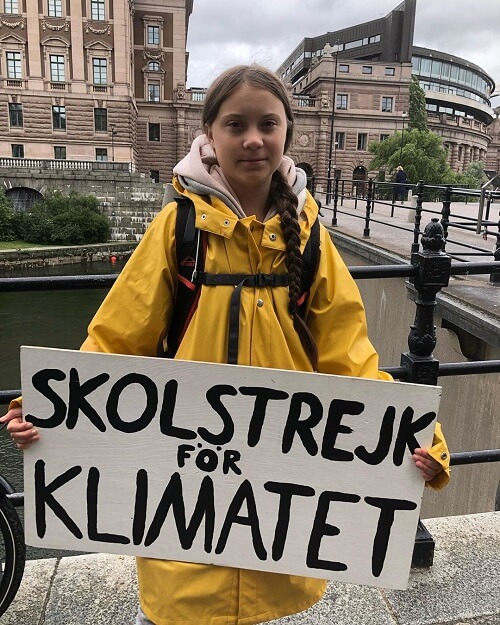 “The Simpsons” would love to get Greta Thunberg to guest star on the show.

Smith believes her character has always been ahead of her time; she was raising awareness about climate change long before Greta Thunberg was even born. With that in mind, Smith says the show would love to get the 17-year-old vegan climate activist to guest star.

“It’d be great if Greta plays herself,” she said. “She’d be passing through Springfield and find that she has so much in common with Lisa. But the heartbreaker would be when Greta moved on to her next stop.”

She continued, “Lisa would be with all those people in the town who wish she’d just keep her trap shut. She’d have to carry the torch for the rest of the time on her own.”