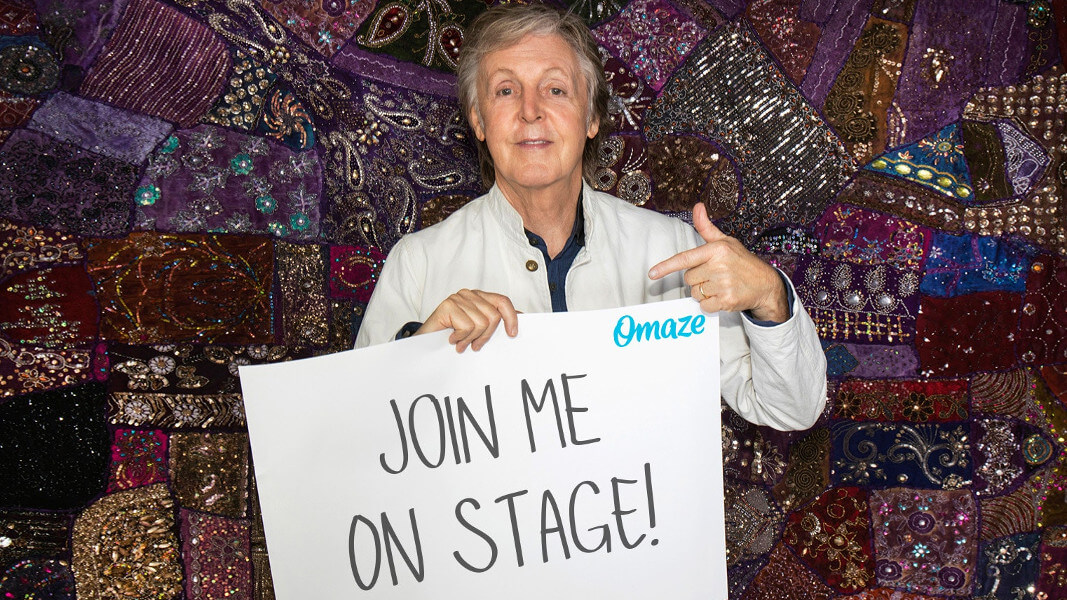 Rock legend, animal rights activist, and longtime vegan Sir Paul McCartney has launched a contest that supports his nonprofit Meat Free Monday campaign. The 18-time Grammy Award-winning musician took to social media today to announce the opportunity for one fan and a friend.

“Hi there! It’s Paul McCartney, and I’m gonna invite you to come and sing with me on stage. We’ll fly you and a friend out to the concert in Liverpool. The lucky winner will come on stage and sing a song with us,” he said.

He continued: “I’m teaming up with Omaze to support Meat Free Mondays. Great charity and it gets you and a friend to come and be my guest in Liverpool, the place where it all began.”

Want to join Paul on stage at his Liverpool show? Flights, hotel and VIP tickets to the show are all included for you and a guest! Show your support for @MeatFreeMonday at omaze.com/paul #PaulMcCartney #MeatFreeMonday #MFM #FreshenUpTour #Liverpool

A Liverpool native himself, McCartney and his fellow Beatles band members got their start performing in local clubs. His return to the maritime city as part of his Freshen Up tour takes him to the Echo Arena on December 12. The arena has the capacity to seat 11,000 and according to multiple sources, concert tickets have already sold out.

The concert winner will not only get to sing on stage with McCartney, but also gain access to VIP seating, a stay at a four-star hotel, and limited-edition concert merch. The entire package is being made possible through Omaze, an online fundraising platform that offers exclusive merchandise and experiences that support positive initiatives.

The effort will support Meat Free Monday, a nonprofit campaign launched by Paul and his daughters, photographer Mary and cruelty-free designer Stella McCartney. The charity aims to raise awareness of the environmental impact of eating meat and other animal products while praising the health benefits of plant-based food. Meat Free Monday challenges individuals to try having at least one meat-free day a week. Proceeds from the collaboration with Omaze will go towards funding new educational resources, research, vegan cooking workshops, and special events that will encourage others to reduce their consumption of animal products to combat climate change.

Those interested in entering the contest can do so by making a donation to the Meat Free Monday campaign. The contest offers several options: a $10 donation yields 100 entries, $25 for 250, $50 gives 1,000, and so on. For more information, visit the Omaze contest page.