Paul Rudd avoids killing insects, including stepping on ants, because he doesn’t believe he is “better” than them.

Rudd starred in the 2015 film “Ant-Man.” In the film, Rudd portrays Scott Lang. Lang uses shrinking technology to make himself the size of an insect. He also learns to interact with ants and uses the ability to fight crime.

Rudd appeared on SiriusXM’s “The Howard Stern Show” and revealed he has “read up” on ants and finds them “amazing.”

“Do you ever kill ants?” Stern asked the actor. Rudd replied, “You know what, I really try not to.”

Rudd explained that it “feels like bad karma” and that he tries to avoid killing any insect. “Am I really so much better than a spider?” he said. 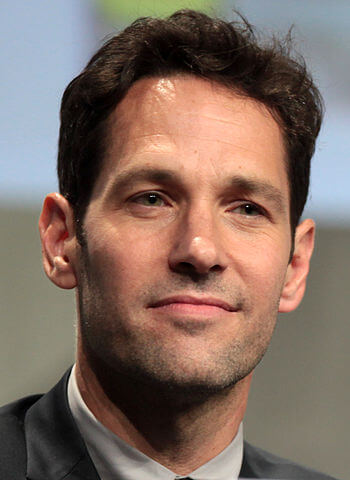 Rudd recently appeared on the web series “Hot Ones.” The series, which is hosted by Sean Evans, sees celebrity guests answering questions whilst eating spicy chicken wings. Vegan and vegetarian guests have the option of eating meat-free wings, and even though Rudd is neither, he opted for vegan cauliflower wings.

“I’m actually not a vegetarian but I’m trying to become better,” the actor and comedian said.

Whilst filming “Ant-Man,” Rudd used plant-based foods to keep in shape. Every day he had protein shakes made with banana, almond butter, almond milk, and ice.

Vegan actor Alicia Silverstone said that Rudd ate plant-based food with her when the pair last met up. “Such a sweet reunion last night at dinner with my pal #PaulRudd,” Silverstone wrote online earlier this year. “I love this guy! I mean he ordered vegan for both of us… Swoon.”

Celebrities Standing Up for Insects

Rudd joins other celebrities who are doing their part for the smaller members of the animal kingdom. Morgan Freeman converted his 124-acre Mississippi ranch into a sanctuary for bees. The Academy Award-winning actor wanted to help save the insects’ struggling population. Freeman transported 26 hives from Arkansas to his bee sanctuary, where the creatures have access to sugar water and flowering plants.

Moby removed his swimming pool to create a garden for bees. The vegan musician planted 16 adult trees and several smaller plants to make an ecosystem for pollinators like bees and butterflies. “Much better use of a backyard than a dead concrete hole,” he said.

Leonardo DiCaprio’s conservation work and environmental activism has resulted in a Malaysian beetle and a Dominican spider being named after him.