“It really covers my life — it’s more than just ‘Whale Wars,'” Watson told amNewYork ahead of the film’s premiere at the Tribeca Film Festival in New York last month. “It’s 42 years of campaigning on behalf of wildlife in the ocean.”

Director Lesley Chilcott starts with Watson’s childhood and shows the beginnings of his passion for protecting the environment. Watson said that he found her body of work — which includes the 2006 documentary “An Inconvenient Truth” starring former vice president Al Gore — impressive, which is why he allowed her to access video archives. 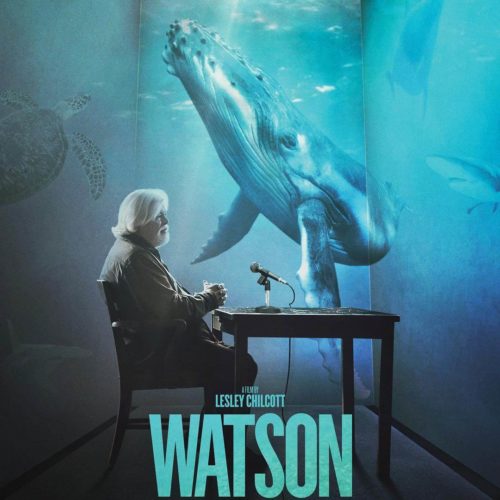 ‘Watson’ is directed by Lesley Chilcott

Labeled both a hero and an eco-terrorist, Watson was a co-founding member of Greenpeace before he founded Sea Shepherd in 1977.

Sea Shepherd was the subject of the series “Whale Wars,” which ran on Animal Planet between 2008 and 2015. The group favors direct action and often uses its vessels to physically block illegal whaling and fishing operations.

‘If the Oceans Die, We All Die’

“The message I try to get across to everybody is very simple,” he continued. “If the oceans die, we all die.”

The concept that the oceans are critical to human survival has long been part of Sea Shepherd’s core message.

The oceans are critically important to healthy ecosystems and biodiversity. More than half of the oxygen we breathe is largely due to seaweed or ocean dwellers like phytoplankton — a type of microscopic algae — that photosynthesize. The earliest known ocean photosynthesize is 3.5 billion years old according to Smithsonian, but plankton populations have declined by 40 percent since 1950. The problem is linked to the rise of factory farming. 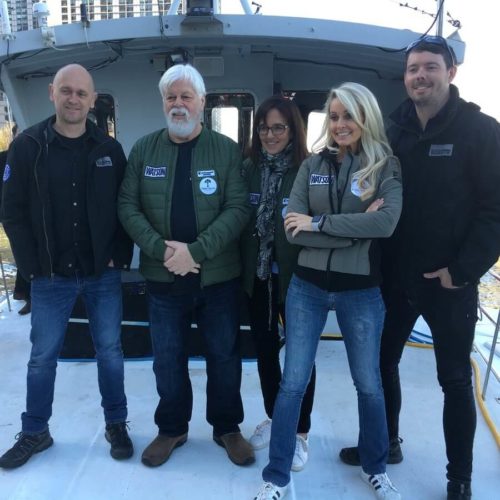 “Every year 65 billion animals are slaughtered to feed humans and some 40% of all the fish caught are converted to fishmeal to feed pigs, chickens, domestic salmon, fur-bearing animals, and cat food,” Watson wrote in a 2015 Sea Shepherd post. “With fish populations diminishing, the corporations are looking to replace fishmeal with a plankton paste.”

“The fish- and animal-killing industries are robbing the seas of oxygen production for short-term profits,” the Toronto native continued. Other issues contributing to the decline of the ocean’s health include acidification from CO2, pollution, and habitat destruction, and the decline of whales, the primary species that fertilize phytoplankton.

“The reality is that there are simply not enough fish in the sea to continue to feed an ever-expanding human population. It is a simple concept to understand – more humans eating fish, directly or indirectly (i.e. fishmeal), contributes to further diminishment of fish,” he adds.

Much of it has to do with factory farming and overfishing. As such, Watson promotes a vegan diet, an end to “ecologically destructive” animal slaughter, and a prohibition for industrial fishing operations.

A widespread release for “Watson” has not been announced.