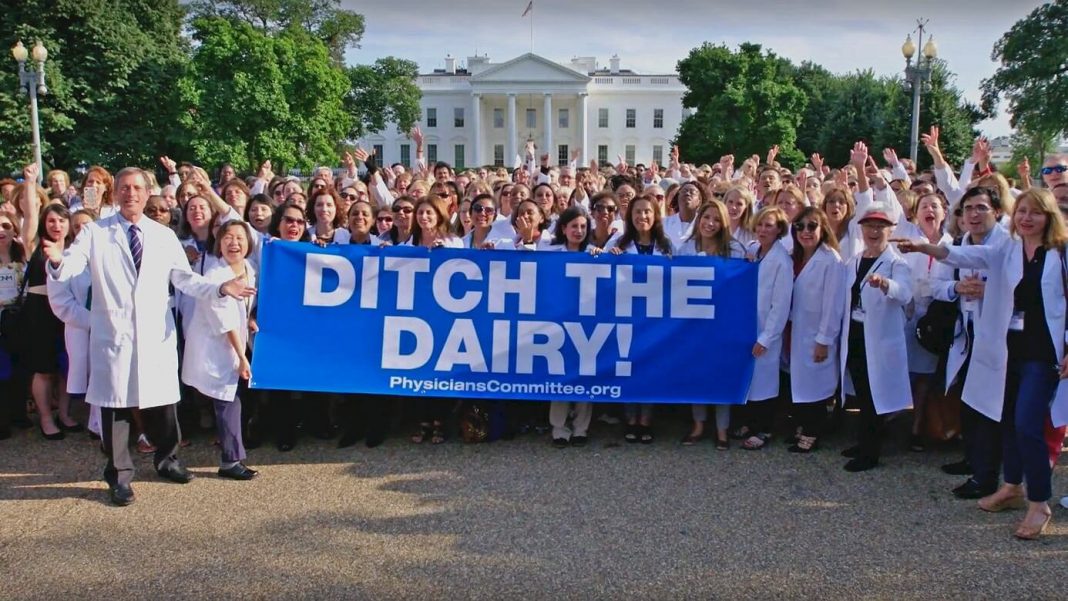 The nonprofit Physicians Committee for Responsible Medicine, which counts 12,000 members from the medical community, is urging the U.S. Department of Agriculture and the Department of Health and Human Services to rethink dairy’s place in the forthcoming Dietary Guidelines.

The newly appointed 2020-2025 Dietary Guidelines Advisory Committee should take cues from the growing body of research pointing to dairy’s health risks, according to the group. Canada recently dialed down its dairy recommendations significantly, removing all dairy except for small amounts of milk.

Under current U.S. guidelines, the recommendations suggest that “most individuals” would benefit from increased dairy consumption. But data show as much as 65 percent of the human population is lactose intolerant. “The National Institutes of Health estimates that 30 million to 50 million American adults are lactose intolerant, including 95 percent of Asians Americans, 60-80 percent of African Americans and Ashkenazi Jews, 80-100 percent of Native Americans, and 50-80 percent of Hispanics,” says PCRM. “The Guidelines have never taken into consideration these populations’ natural progression toward not breaking down a major sugar found in milk.”

For people with lactose intolerance, dairy consumption can cause “bloating, diarrhea, and gas,” the group notes.

And, according to PCRM, dairy serves as the biggest contributor of saturated fat in the American diet. Current U.S. dietary guidelines recommend avoiding saturated fat to decrease the risk of heart disease.

“It’s time for the Dietary Guidelines to finally make it clear to Americans that dairy products are dangerous,” Susan Levin, M.S., R.D., PCRM’s director of nutrition education said in a statement. “The Dietary Guidelines Advisory Committee can’t ignore the scientific evidence against dairy when it makes its recommendations to the USDA and HHS.”

Ditching the dairy doesn't mean you have to give up your favorite foods! Do you have a favorite cheese replacement?

A post shared by Physicians Committee (@physicianscommittee) on Feb 23, 2019 at 7:42am PST

PCRM warns of other risks connected to dairy consumption including several types of cancer, cardiovascular disease, cognitive decline, and early death. The group also points to misinformation surrounding dairy and bone health. More readily absorbable forms of calcium and magnesium can be found in beans, leafy green vegetables such as broccoli, kale, and spinach, tofu, bread, and fortified cereals, the group notes. It also recommends fruits and vegetables as healthier sources of potassium and sourcing vitamin D from direct exposure to sunlight or fortified foods such as vegan milk.