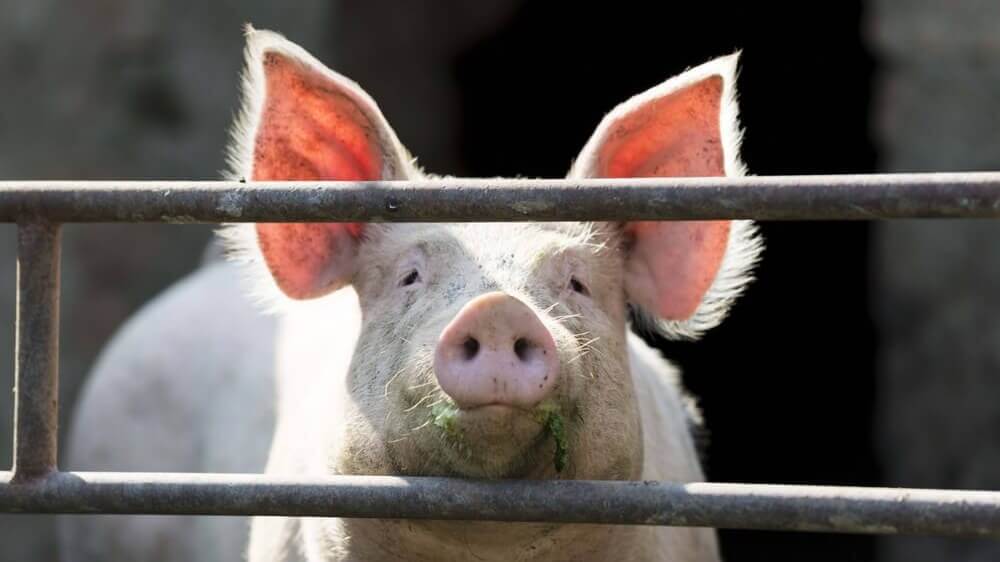 A new campaign is urging residents of Asheville, North Carolina to go vegan in the wake of Hurricane Florence’s devastating impact on the state’s industrial hog farms.

The effort is sponsored by the Physicians Committee for Responsible Medicine (PCRM), a nonprofit organization made up of 12,000 doctors that advocate for the health benefits of a plant-based diet.

According to a press release, the campaign includes a newspaper ad and a 12-foot high, 48-foot long billboard on Tunnel Road that reads: “Worried About Pollution from Hog Waste Lagoons? #EatPlantsNotPigs!” The ads advise people to visit eatplantsnotpigs.com, which redirects to PCRM’s guide to adopting a plant-based diet.

The campaign refers back to the dozens of hog waste lagoons that overflowed and polluted the state’s waterways during the hurricane, reported on by The Wallstreet Journal and other news outlets. In addition to potentially causing a public health crisis, more than 5,000 pigs were left to fend for themselves and drowned in the floodwaters.

Have you heard about our North Carolina #EatPlantsNotPigs campaign? We’re asking Mayor @EstherManheimer to introduce a resolution to establish Green Mondays in Asheville! https://t.co/79lxBMHlPz via @mxnews pic.twitter.com/GIqUEQzAi2

“Choosing a plant-based diet is one of the best things you can do for the planet,” PCRM director of nutrition education, Susan Levin, MS, RD said in a statement. “The recent storm-generated flooding and damage to hog waste lagoons serve as a reminder that switching to a plant-based diet can prevent pollution as well as benefit your health.”

Many activists in North Carolina have fought the presence of large-scale hog farms for decades, claiming that the close proximity of factory farms to towns has negatively impacted the health of residents. Last August, a federal jury ordered Murphy-Brown LLC, a subsidiary of the world’s largest pork producer Smithfield, to pay those living in neighboring towns to its factory farms $473 million for “unreasonable nuisances.”

The billboard is roughly a mile away from the office of Asheville mayor Esther E. Manheimer, who issued a city-wide seven-day “go vegan” challenge over the summer.

To encourage even more residents to eat more plant-based food, PCRM is asking that Manheimer follow in Berkeley, California’s lead by adopting the Green Monday campaign. The resolution requires that all city-owned or managed facilities and programs offer only vegan food one day per week. PCRM is also encouraging the Asheville City Council to serve plant-based meals at city-sponsored events and meetings.

The billboard will remain on Tunnel Road from the week of October 15 to November 11. The full-page print ad will run in local newspaper Mountain Xpress on October 17.