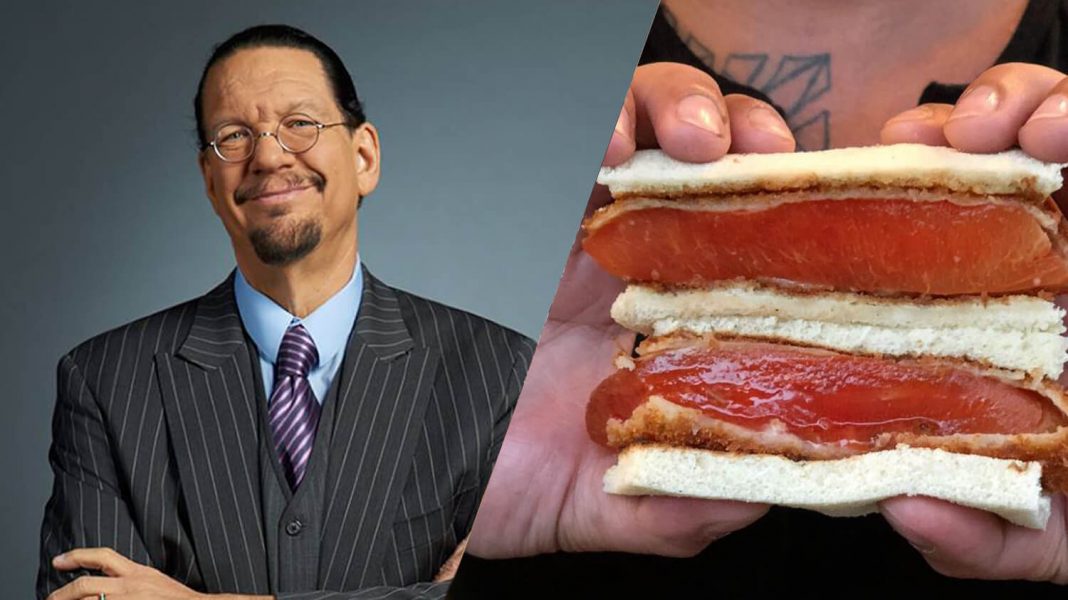 Penn Jillette thinks watermelon is nature’s candy. The naturally sweet water-dense melon is just one of the vegan meals the comedian and magician regularly eats.

Jillette swears he can make a fulfilling vegan meal out of a whole watermelon. In his 2016 book, “Presto!: How I Made Over 100 Pounds Disappear,” he wrote that the melon portion-size he consumes is “a joke amount,” Grub Street reported. “Watermelon is magic,” he added. “It’s like candy but really good for me. There seems to be no limit to the amount of watermelon I can eat.”

Jillette isn’t the only person who enjoys eating large amounts of watermelon. In August of this year, Ducks Eatery in New York City started serving a whole smoked vegan ham made entirely of watermelon.

The watermelon looks “like a ham” and tastes “smoky, savory, salty, hot, and juicy,” according to the New York Insider. In September, the restaurant announced that the watermelon meal was so popular that it had a 30-day waitlist.

Jillette’s other homemade vegan plant-based meals are strikingly simple. For example, he wrote that before a show, he ate a combination of brown rice, nutritional yeast, Tabasco, and about three pounds worth of steamed spinach mixed with “vinegar, steamed carrots, asparagus, broccoli, and four ears of plain corn,” Grub Street reported.

Although Jillette’s “Presto!” was published a little over two years ago, other vegan celebrities have found the book’s weight loss advice helpful.

In the book, Jillette details that one of his more extreme plant-based eating habits was eating a potato “mono-diet.” People who follow the diet Penn adheres to first eat only potatoes. Then, the dieters add in other vegetables and salad meals for three months and abstain from fruits and nuts.

In March, Kevin Smith credited the potato-only diet for his weight loss. After Smith suffered from a near-fatal heart attack, he embraced Jillette’s plant-based diet and lost 17 pounds in 9 days. “This [vegan diet] doesn’t come from a personal philosophy, this comes from an ‘I have to.’ I don’t know if I call myself a vegan, maybe a non-animal eater. The program is so far manageable,” Smith tweeted.

Smith called the diet program “interesting” and added it was necessary for this health.