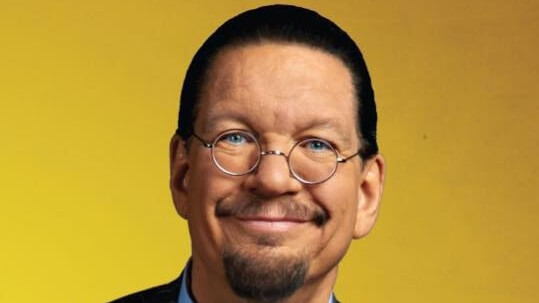 American magician Penn Jillette, best known as one-half of the comedy and magic duo Penn & Teller, has spoken out about his plant-based diet, suggesting he is vegan for the animals.

In a post online, Jillette wished his 1.85 million Twitter followers a happy Thanksgiving. The entertainer added that this was the first Thanksgiving he celebrated without animal products, explaining that he is “not just vegan for health anymore.”

The social media post was not Jillette’s only mention of his Thanksgiving plans. In a recent interview with Las Vegas’ 13 Action News, the star revealed that there would be no turkey on his Thanksgiving table. “Well I don’t [stuff turkeys], because I’m vegan. So there will be no turkey stuffing for me,” he said.

“But there’ll be stuff that looks like that,” he added. “We’ll fake it. For a magician, it’s very good to be vegan because you have a lot of fake food. But made out of, like, plants from some other country. They’ll look like turkeys,” he joked.

While Jillette added that he had to work the holiday, he had no complaints: “I go out on stage every night happy as punch to be there,” he told the interviewer.

The interviewer brought up Tofurky, a longstanding vegan meat company that began selling meatless Thanksgiving roasts in 1995. The brand recently reported it would sell its 5 millionth vegan holiday roast this Thanksgiving as more people choose to eschew animal products in favor of plant-based food.

Jillette has been following a plant-based diet for some time; in 2015, the magician told his Twitter followers, “I don’t eat many animal products (like none).” A year later, he published “Presto!: How I Made Over 100 Pounds Disappear and Other Magical Tales,” a plant-forward weight loss book.

Filmmaker Kevin Smith credited the book for his own dramatic weight loss, whereby Smith lost 17 lbs in nine days. He has since become a devout vegan, speaking out about the health benefits of a plant-based diet, as well as the animal welfare concerns of eating meat.