Chef Riq Glipsy, founder of Nytera Foods, has figured out the formula for dairy-free nut-based artisan vegan cheeses. They’re so popular, customers are queueing up for a taste.

The Nytera Foods cheeses, which are cultured and aged just like traditional cheese, are made from fresh nuts, mainly cashews, almonds, and macadamia. They are free from dairy, lactose, casein, gluten, and soy. The decadent range includes light and creamy ricotta, rich and mild mozzarella, semi-soft brie, and tangy chevre.

Glispy grew up in foster care and group homes in New York City and says he had no choice but to teach himself about food and healthy eating. His passion for cooking delicious food for people with allergies or special dietary needs was sparked on by his own dairy allergy, and he learned to reinvent recipes and use new techniques, which led him to develop the line of dairy-free artisan cheeses. 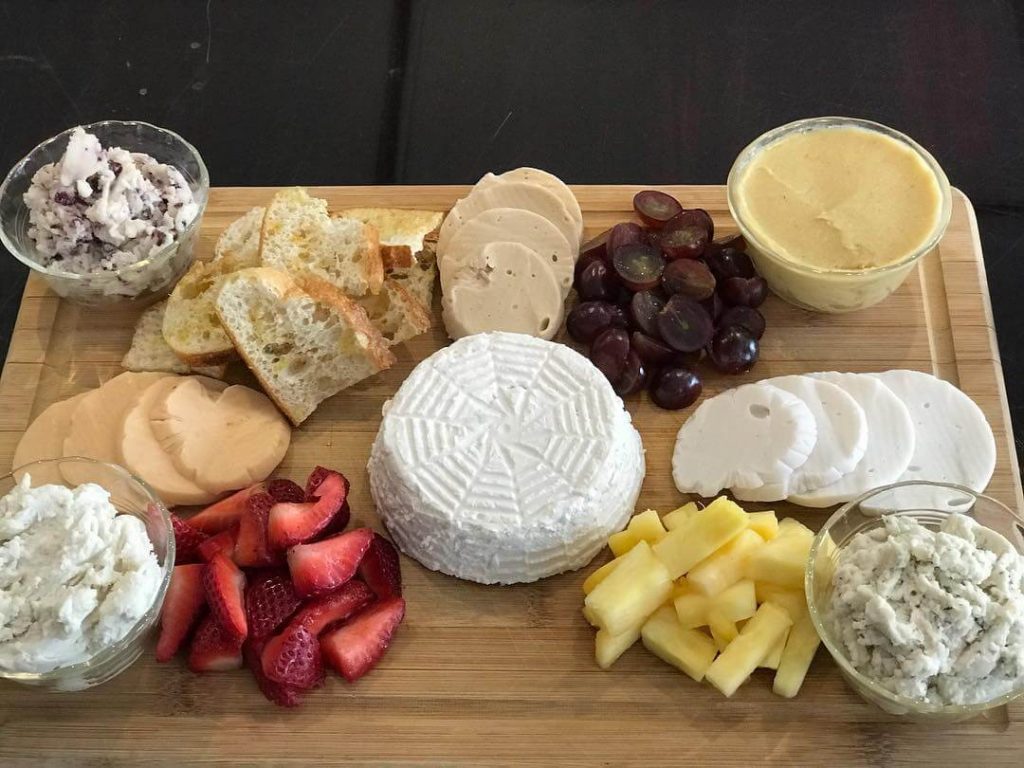 The chef’s ultimate goal is to “improve the self-image and eating habits of both children and adults, through the art of healthy cooking”, and his hope is that his customers will “realize the amazingly powerful impact nutrition and healthy cooking can have on their lives.” The name “Nytera” is a nod to his youngest daughters and also speaks of his roots in NY.

The vegan cheese market is on the uptick, with the global market expected to reach $3.9 million by 2024. The growth can be attributed to “an increasing awareness of lactose intolerant conditions”, as an estimated 75% of the world population is said to be lactose intolerant, and a “changing consumption pattern” around the world due to the rising exposure of the dangers of dairy and other animal products.

Brands such as Daiya and Violife have seen international success in the vegan cheese market, with Greece-based Violife recently landing on shelves in India and Canadian Daiya launching with UK online supermarket, the Vegan Kind. The latter also recently set a target of generating $1 billion in revenue, following its move to a new warehouse east of Vancouver.

The new products from Nytera Foods’ will be available at the Bethlehem Farmers Market on Lehigh University’s campus in Easton, Pennsylvania later this month.