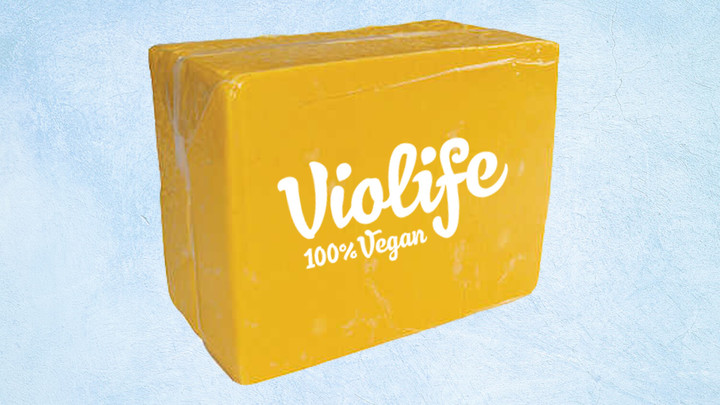 The vegan cheese market is growing rapidly, with new brands and products consistently emerging around the world. By 2023, global sales of vegan cheese are expected to see a growth of more than 7.5 percent. In the UK, one firm favourite is Greek dairy-free brand Violife. In fact, some people love it so much they’re eating giant catering blocks of it.

One Twitter user named “Mus,” a UK-based vegan activist, recently posted a picture of a huge mountain of plant-based cheese. He wrote, “How much cheese is too much cheese?????? Cheese and potato pie in the works.” He added, “Yes that’s part of a catering size block of smoked Violife and what…”

Mus isn’t alone in consuming huge amounts of Violife’s coconut-based product; the brand is the most popular vegan cheese producer in the UK.

How much cheese is too much cheese?????? Cheese and potato pie in the works ? #vegan

(and yes that's part of a catering size block of smoked Violife and what…) pic.twitter.com/vLQoySmYGV

At the end of last year, The Grocer’s 2018 Top Product Survey saw Violife appear twice. Not only did it rank in the food site’s top-selling free-from items list, but it also ranked in the 20 best-selling cheese brands in the UK overall, marking the first time ever a vegan cheese brand has made the list.

Another recent first for Violife (and vegan cheese) was its appearance on mainstream TV. At the beginning of 2019, the brand launched its first television campaign, aiming to teach people how easy it is to ditch dairy. According to marketing manager Thania Drakopoulo, the advert “promotes the ease of turning every-day food, like toasties, pizzas, jacket potatoes, [and] pasta, into a delicious, dairy-free meal.”

Alongside several other vegan cheese brands around the world, such as Daiya and Follow Your Heart, Violife is helping to show consumers that vegan cheese can be just as satisfying as dairy-based cheese.

According to Janet Forgrieve of industry news site Smart Brief, finding a plant-based alternative to dairy cheese used to be one of “the biggest stumbling blocks in the path to going vegan.”

In recent years, this has begun to change. She notes, “Brands continue to improve existing products and develop new ones that come closer than ever before to replicating the flavor and mouthfeel of dairy cheese, and sales trends reflect those changes.”